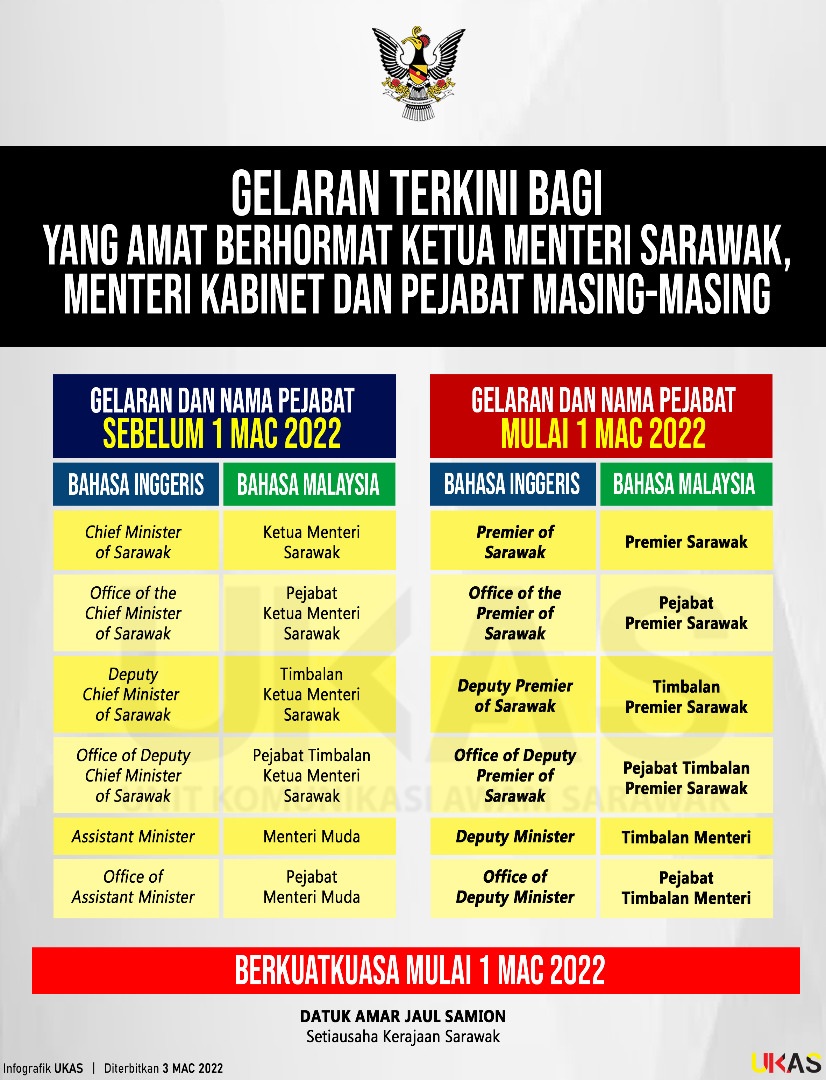 The title ‘Deputy Minister’ has replaced ‘Assistant Minister’ in English, while in Bahasa Malaysia ‘Menteri Muda’ has changed to ‘Timbalan Menteri’.

The ‘Office of the Deputy Chief Minister’ is now ‘Office of Deputy Premier of Sarawak’ in English and ‘Pejabat Timbalan Premier Sarawak’ in Bahasa Malaysia.

The Sarawak’s Attorney-General’s Chambers announced on its website on March 1 the gazette of the Constitution of the State of Sarawak (Amendment) Ordinance 2022.

On Feb 15, the State Legislative Assembly (DUN) passed the Bill by more than a two-thirds majority to provide for the title changes.

In tabling the Bill, Tourism, Creative Industry and Performing Arts Minister Dato Sri Abdul Karim Rahman Hamzah had said the recent amendment to the Federal Constitution restored the original spirit of the Malaysia Agreement 1963 (MA63) when Sarawak agreed to participate in the formation of Malaysia, where its status as one of the three provinces (Federation of Malaya, Sabah, and Sarawak) should be maintained.

He said this meant Sarawak’s status is different from other states in the Federation of Malaya.