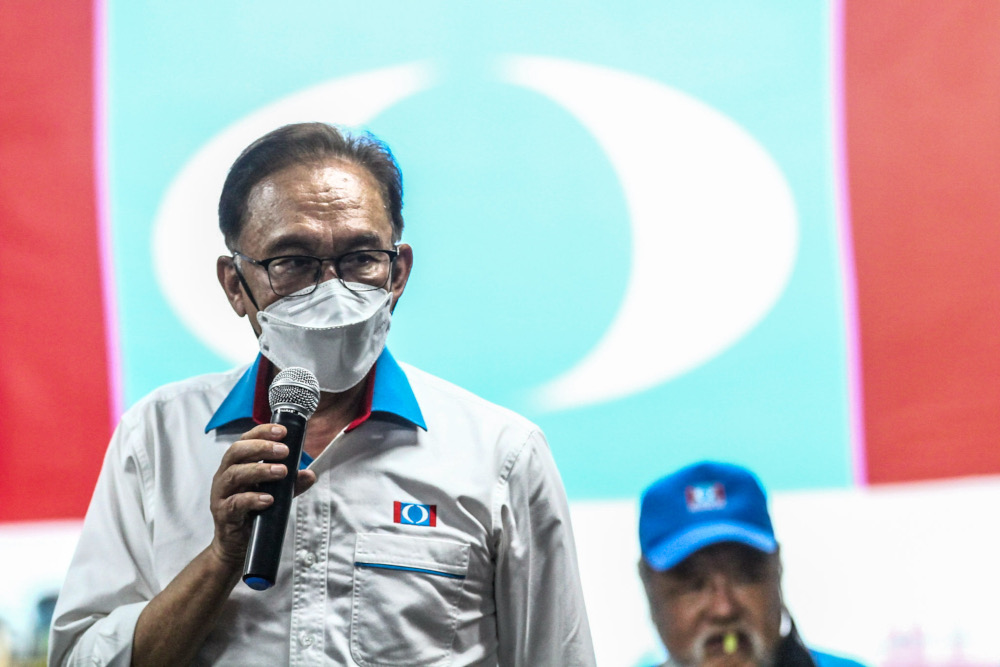 “There is a reason why Maszlee was the only PKR MP in the state seat of Layang-Layang.

“There is a reason why he was out here to service the constituency and Johor people,” he told a rally at the Layang-Layang main operations centre.

This comes amid rumours that the former education minister Maszlee will be Pakatan Harapan’s (PH) choice for Johor’s next menteri besar if it wins the Johor election.

However, Maszlee himself dismissed the suggestion that Anwar had teased his candidacy for the menteri besar post.

“That’s far from the truth. Anwar never touched on the issue of menteri besar.

“He only asked for my vote and support for PKR and PH to take Johor to a higher level,” he told reporters.

Yesterday, Johor PKR chief Syed Ibrahim Syed Noh told reporters at another rally in Bukit Gambir that Maszlee’s name for the post is only an assumption by the media as no one from his party or PH had made an official announcement about their MB candidate.

Meanwhile, Maszlee in his speech today slammed his former party Parti Pribumi Bersatu Malaysia, over what he sees as a betrayal to the voters of Simpang Renggam ― under which Layang-Layang falls.

“I did not betray the vote you gave me even though at that time I was with Bersatu under PH.

“You gave us a vote for PH in the hope of transforming into a clean, corruption-free government and a new and developed Malaysia,” he said. — Malay Mail