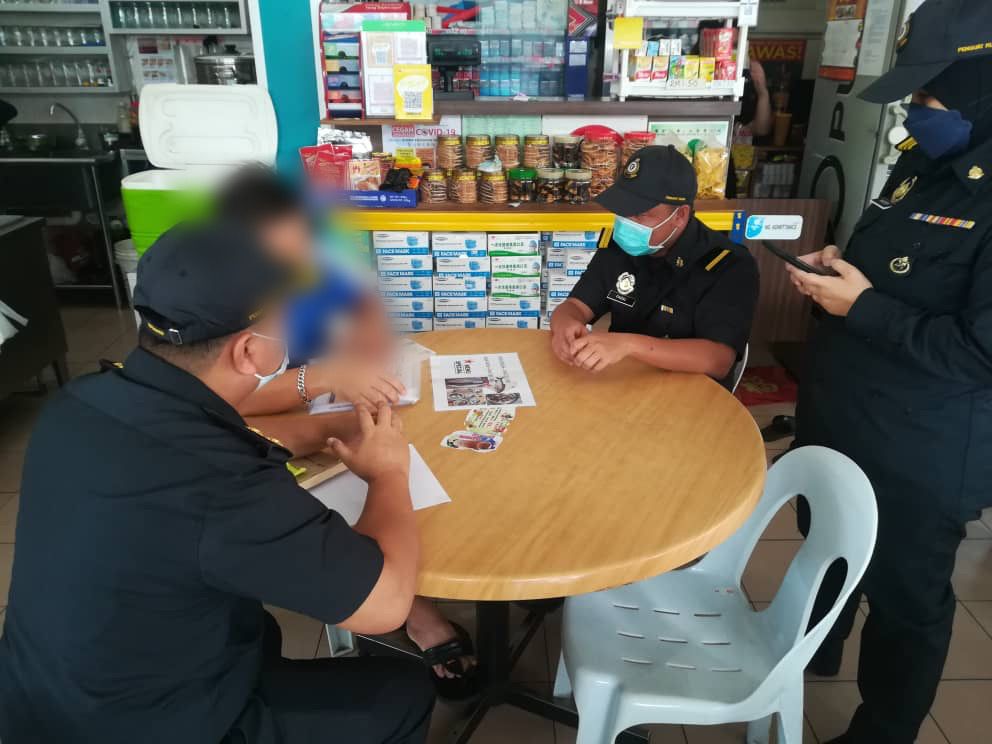 KPDNHEP enforcement officers issuing the compound to the eatery operator.

SARIKEI (March 5): The operator of an eatery here which sold a bowl of ikan patin noodle soup at RM60 suffered fivefold when they were slapped with compound of RM300, said Ministry of Domestic Trade and Consumer Affairs (KPDNHEP) Sarikei branch chief enforcement officer Mohamad Zawawi.

He said acting on media reports of the soup noodles, which left a woman RM60 poorer, a team of enforcement officers from the branch visited the eatery to carry out an investigation.

“During the investigation, the operator admitted to selling the noodle soup at an exorbitant price. In this particular case, the operator failed to display the price tag of the item or menu offered at the premises, thereby committing an offence under the Price Control and Anti-Profiteering (Price Marking for Goods and Charges for Services) Order 2020,” he said.

He added the RM300 compound was imposed under the Price Control and Anti-Profiteering Act 2011.

Zawawi also advised traders to be sincere when carrying out business, such as displaying price tags on items offered for sale to enable customers to decide before buying them.

He also advised customers to find out the price of goods before purchasing and likewise, before placing order for food or drinks.

According to media reports, the woman posted on Facebook recounting the incident, adding she was told by the eatery boss that 1 kilogramme of ikan patin costs around RM190.

However, she said she was to blame for the fiasco as she had not inquired about the price of the noodle soup dish before ordering it.