Tuesday, September 27
You are at:Home»Lite Stories»Kuching-born pastry chef is one of Asia’s best, says Michelin Guide 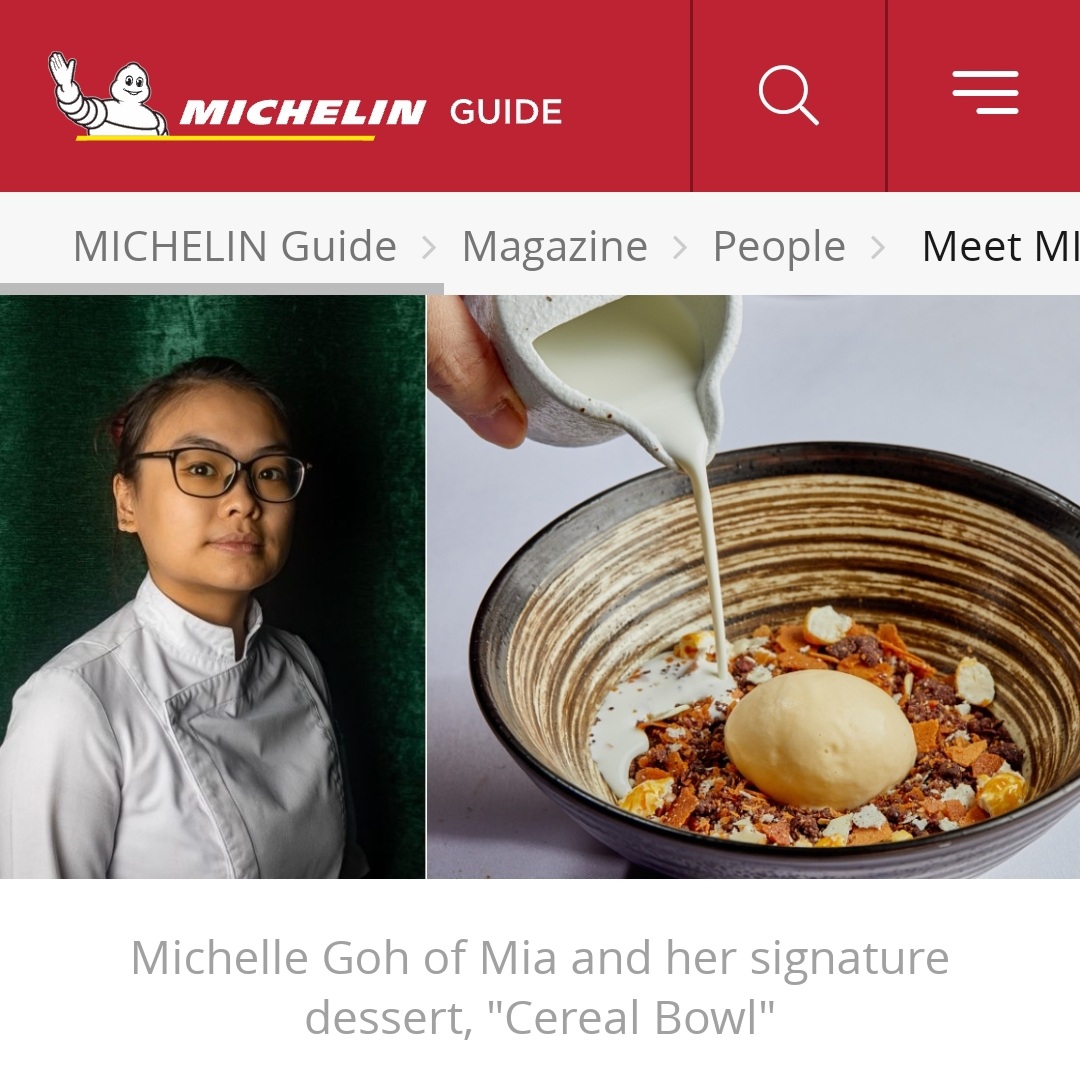 Screengrab from the Michelin Guide website of Goh and her signature dessert “Cereal Bowl”.

KUCHING (March 11): Chef Michelle Goh, 28, who hails from Kuching, has been recognised as one of Asia’s top female pastry chefs by the Michelin Guide, the world renowned culinary guide book.

The chef at Mia, a European contemporary restaurant in Thailand, was among 17 in the region to be honoured by the guide book in conjunction with the recent International Women’s Day.

In an article on the Michelin Guide website, which featured the female pastry chefs, Goh shared about her signature dish ‘Cereal Bowl’ and what keeps her going.

She revealed that the dish was inspired by her sister’s favourite dessert, which was shaved ice topped with Milo, condensed milk and corn.

“I wanted to take those flavours and make a dessert and realised that all those ingredients are typically things that we have for breakfast, so I decided to make an equivalent of cereal bowl,” she told the Michelin Guide.

Goh added that the idea was a bowl of cereal with nostalgic flavours of childhood favorites.

“I wanted to present something delicious and simple to create the flavours that everyone is familiar with in a new and exciting way.”

Goh then spoke of the importance of perseverance and self-belief.

“Don’t ever let anyone tell you that you can’t do something. If you want something, go out and get it. If you want to be heard, don’t be afraid to speak your mind. Be confident, be hard working and work towards being respected instead of liked,” she said.

An article on the Michelin Guide website in September last year which featured Goh said she left Sarawak when she was 18 to study and hone her skills at Le Cordon Bleu in Sydney, Australia, before moving to Singapore and then Bangkok as a pastry chef when she was 23.

She had worked at Sühring, a restaurant in Thailand, which had received two Michelin Stars.

The guide said Goh and her fiancé, Chef Pongcharn ‘Top’ Russell, are the main forces behind Mia, which won the Michelin Plate award for the first time in the 2021 edition of Michelin Guide Thailand.

The Michelin Guides have been published by Michelin, the French tire company, since 1904. For many chefs around the world, being awarded Michelin stars is one of the greatest professional achievements.