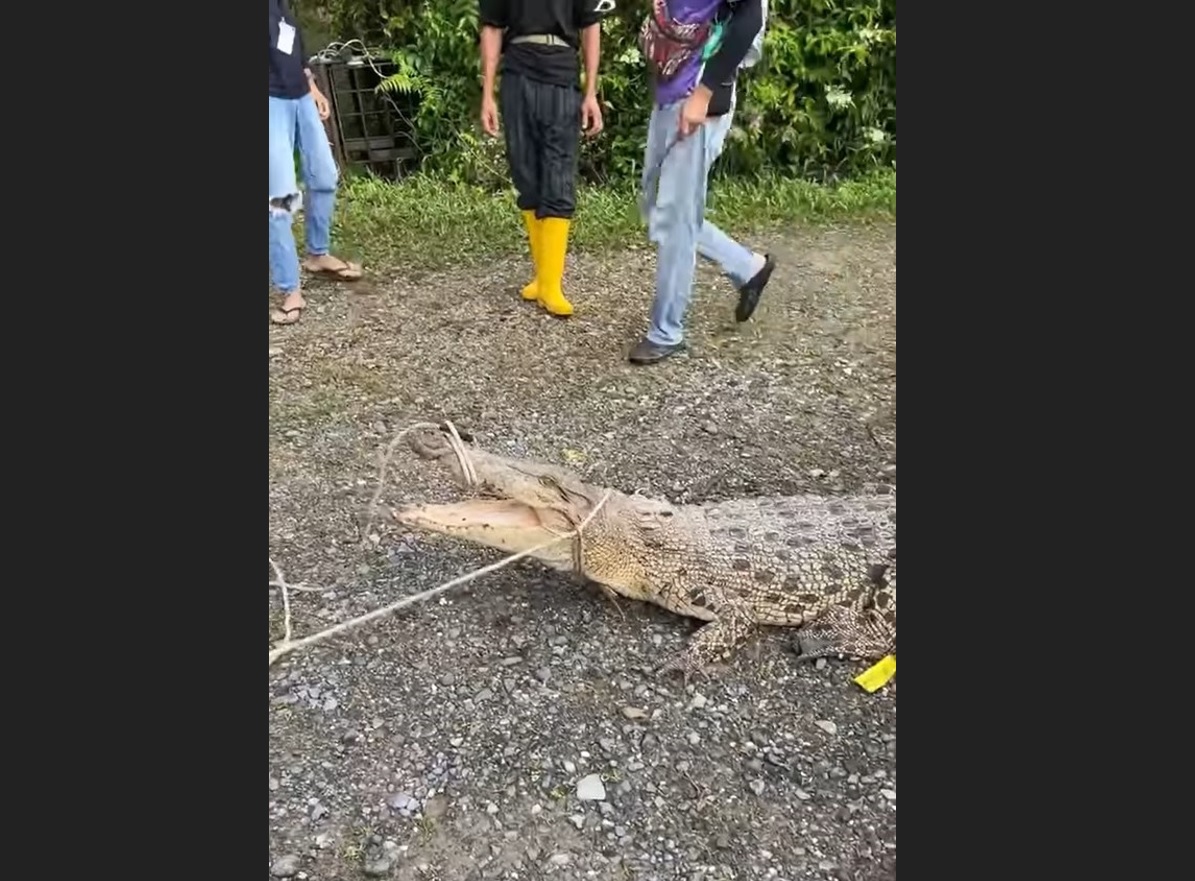 Screenshot from the video shared by Jong’s Crocodile Farm and Zoo Sdn Bhd shows workers securing the crocodile upon her arrival.

The farm shared the reptile’s arrival in a video on its Facebook page.

In the video, workers can be seen offloading the crocodile, which was in a special cage, from the back of a pick-up truck.

They are also seen getting the crocodile out of the cage before tying up her mouth and legs in order to safely carry her to an enclosure.

From what is shown in the video, it would appear that the crocodile is the sole occupant of that particular enclosure.

It is unclear whether the crocodile was caught in Igan on March 5 or 6.

On March 5, Deputy Minister in the Premier of Sarawak’s Department (Integrity and Ombudsman) Datuk Dr Juanda Jaya shared on Facebook that two massive crocodiles were caught by the authorities in Sungai Igan estuary.

In a separate post, he said that a third crocodile was being pursued nearby.

In response, Sarawak Forestry Corporation had shared in its own Facebook post that the first two crocodiles, measuring 13 and 17 feet, had been caught by individuals with valid permits to do so.

SFC said the crocodiles were hunted after reports from local villagers.

There was no mention of the third crocodile caught.

On March 6, Juanda, who is Jemoreng assemblyman, shared that a fourth crocodile had been captured.

He added that the reptile was caught alive.