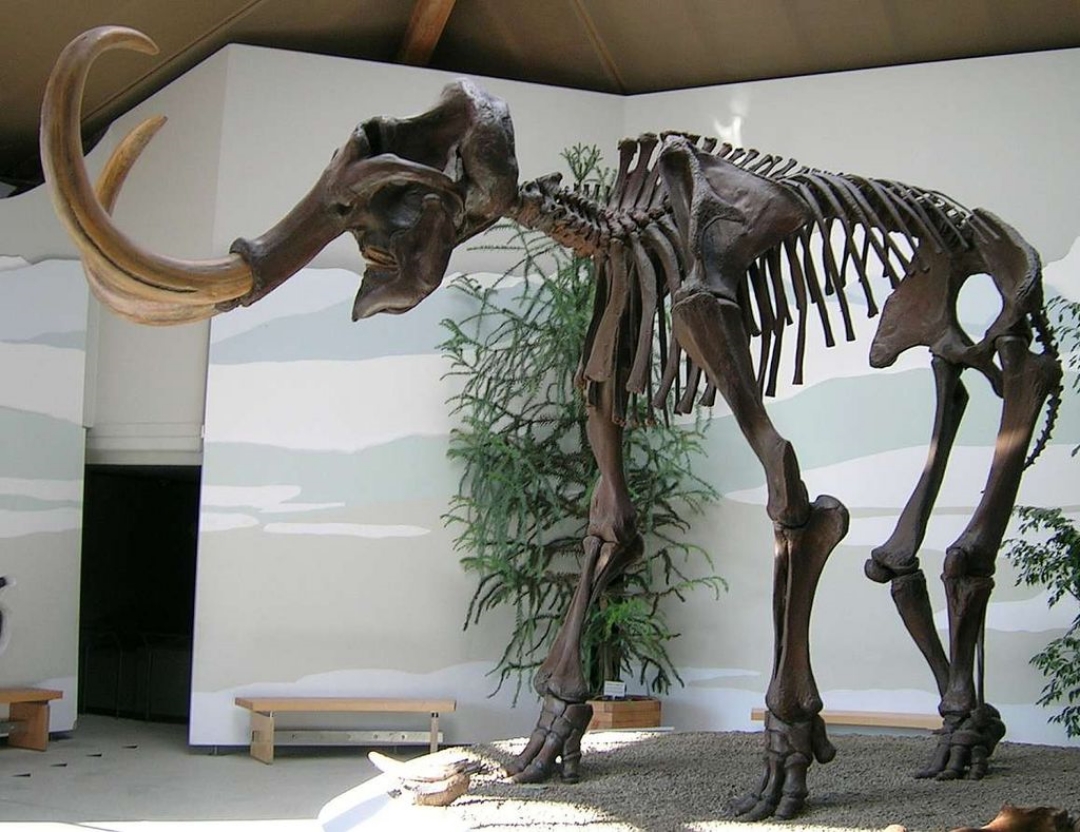 WOOLLY mammoths conjure up a picture in the mind’s eye of a 2.7- to 3.1-metre high creature weighing between two and six tonnes with a sloping back, dense fur, a high single-domed head with small ears, a short tail, and very long curved and twisted tusks.

Apparently, these creatures appeared on Earth at about the same time, 5.3 to 2.6 million years before the present (BP), as did the first Asian elephants. The latter elephant species, by comparison, is about 2.4 to 3.1 metres tall, weighs between three and six tonnes with a hump shaped back, and sparse fur. It is distinguished by its double domed head, medium-sized ears, gently curved tusks, and long tail. It is truly remarkable that both mammals evolved at the same time in geological history, one coping with Arctic chill temperatures and the other with tropical climes.

Woolly mammoths arrived in Siberia 400,000 years BP and the first humans in 300,000 BP. Mammoth numbers declined at the end of the Ice Ages (12,000 BP) and the last woolly mammoth expired 3,700 years BP on Wrangel Island in the Arctic Ocean.

In some imaginative, animated films one is given the idea that they were hunted to death by humans but this is far from the truth. Their real demise was none other than climate change! For the very same reason today the tundra permafrost areas of Siberia are melting and thus revealing perfectly preserved specimens of woolly mammoths.

Recently, in excavating the land for a new housing development, remarkable fossil discoveries were made – that of woolly mammoth and woolly rhinoceros remains dated at about 60,000 years BP. These were discovered near Plymouth, in my neighbouring county, Devon. Thinking back in geological time to the Devensian period of glaciation, thick ice sheets stretched from Scandinavia to the UK and these mammals – along with bison, brown bears, giant deer, and wolves – roamed, occupying areas beyond the southern limits of the ice sheets.

As the ice sheets advanced further south in the UK so these animals migrated in a southerly direction to South West England, which experienced a tundra-like climate. It is thought that they roamed Britain until 14,000 years BP. When the ice sheets melted about 12,000 BP, the first humans permanently settled in Britain. It must be remembered that during the Ice Ages there were Interglacial periods, lasting thousands of years, and it was during such times that Britain was covered by rich grasslands thus allowing the woolly mammoth population to expand. As the ice sheets melted, the ground became waterlogged much as in the tundra regions of our world today and the source of nutrient rich food for these animals diminished.

Is there a chance that woolly mammoths can be brought out of extinction? At Harvard University’s Medical School, USA, Prof George Church fervently believes that this possible. He and his team have already established the DNA genetic sequences of a mammoth, which was recovered fully preserved in an area of permafrost. Currently they are editing DNA in the living cells of Asian elephants with the objective of recreating some of the traits that allowed mammoths to survive in very cold temperatures with long shaggy hair and thick layers of body fat. Do remember that in the evolution of mammoths and Asian elephants that they developed from a common ancestor.

By taking the DNA information from a frozen mammoth and decoding it via a computer, then re-synthesising it and putting into Asian elephant cells, it is hoped that it will be possible to turn them into embryos which can then be transplanted into a living host, a surrogate mother elephant. It is a very complicated procedure leading to what Church describes as an ‘Arctic elephant’ in other words ‘a hairier elephant’. It would be an exotic species of mammoth/elephant, a cloned version of the woolly mammoth and not a true look alike. 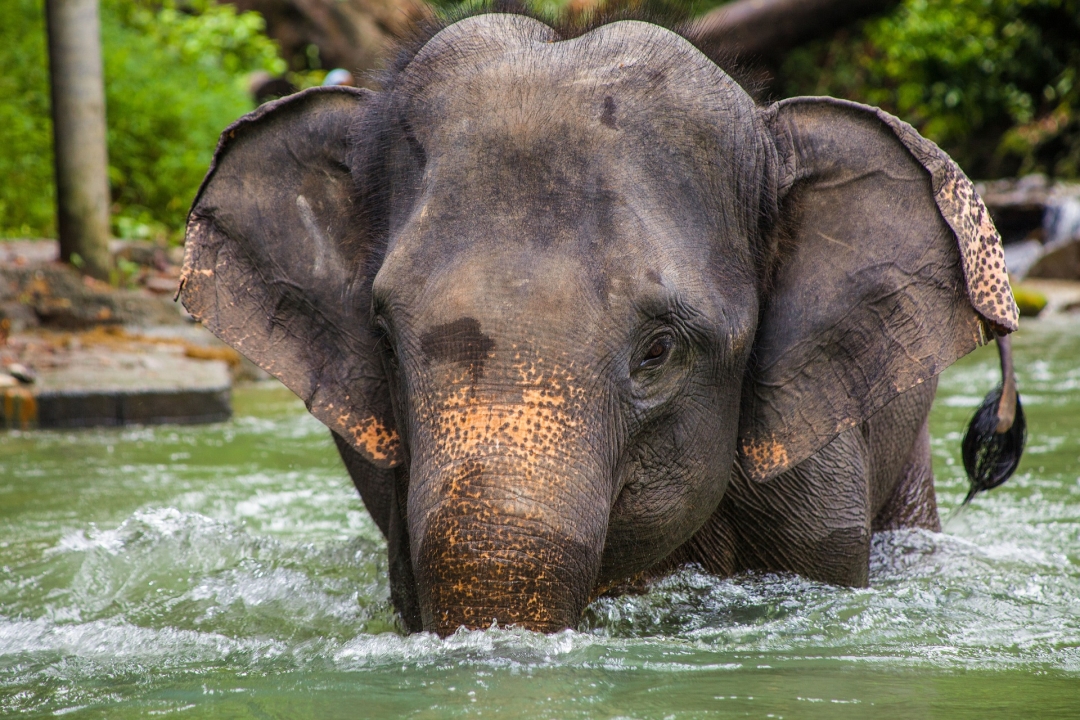 The Asian elephant is distinguished by its double domed head. – Photo from Pixabay/Dominique20

Once produced and cared for in their babyhood, Arctic elephants can be introduced into the wild. In cooperation with a Russian father and son, Sergei and Nikita Zimov, in Siberia, a vast wilderness ‘Pleistocene Park’ is being created on the Kolyma River. They have cleared the land in a mammoth’s manner and now populate it with herbivores. Such extensive grasslands can bind carbon dioxide into the soil substructures thus saving the release of methane and carbon dioxide into the atmosphere. This massive Russian experiment covers an area of 160 square km and could provide an ideal and substantial home for Arctic elephants away from settlements.

The cry for the restoration of extinct animals

Professor of Palaeogenetics at the University of California, Santa Cruz, Beth Shapiro, in her recent book ‘How to Clone Mammoths’, writes, “Should de-extinction be declared a success if a hirsute elephant is born with cold-temperature tolerance that exceeds that of every living elephant, I argue that living where a mammoth would have lived and acting like a mammoth would have acted is probable. What is the point, after all of bringing a species back from the dead if not to re-establish a wild population?”

There is a risk in tampering with the fabric of nature. Should there be legal limits placed on trials to recreate extinct animals? The answer to this question lies beyond my brain power. Should scientists be allowed to research and experiment freely? An absolute ‘Yes’ providing they share their findings with other scientists worldwide.

It is known that Japanese and Korean research scientists are also working on the creation of an Arctic elephant. The unknown factor is the thought that the creation of such an animal may take a disastrous turn for the worse by damaging the very ecosystems into which it is introduced. The Harvard team in association with their support of the Zimov’s experiment have little fear of this.

Despite these fears, I am hopeful that the Harvard team, through their extensive work and knowledge, will produce Arctic elephants with distinctive traits of the woolly mammoths that will be able to breed within the next five years. DNA identification has progressed rapidly in our lifetime and is used in all walks of life leading to criminal convictions and the creation of Covid-19 vaccines.

Wouldn’t it be a wonderful sight to have the equivalent of woolly mammoths occupying the sparsely populated parts of our northern world and without fear of the repercussions so explicitly shown in the film ‘Jurassic Park’?