Sunday, January 29
You are at:Home»News»Sarawak»Coastline at Batu 1 to be turned into esplanade, says Lee
For the freshest news, join The Borneo Post's Telegram Channel and The Borneo Post on Newswav. 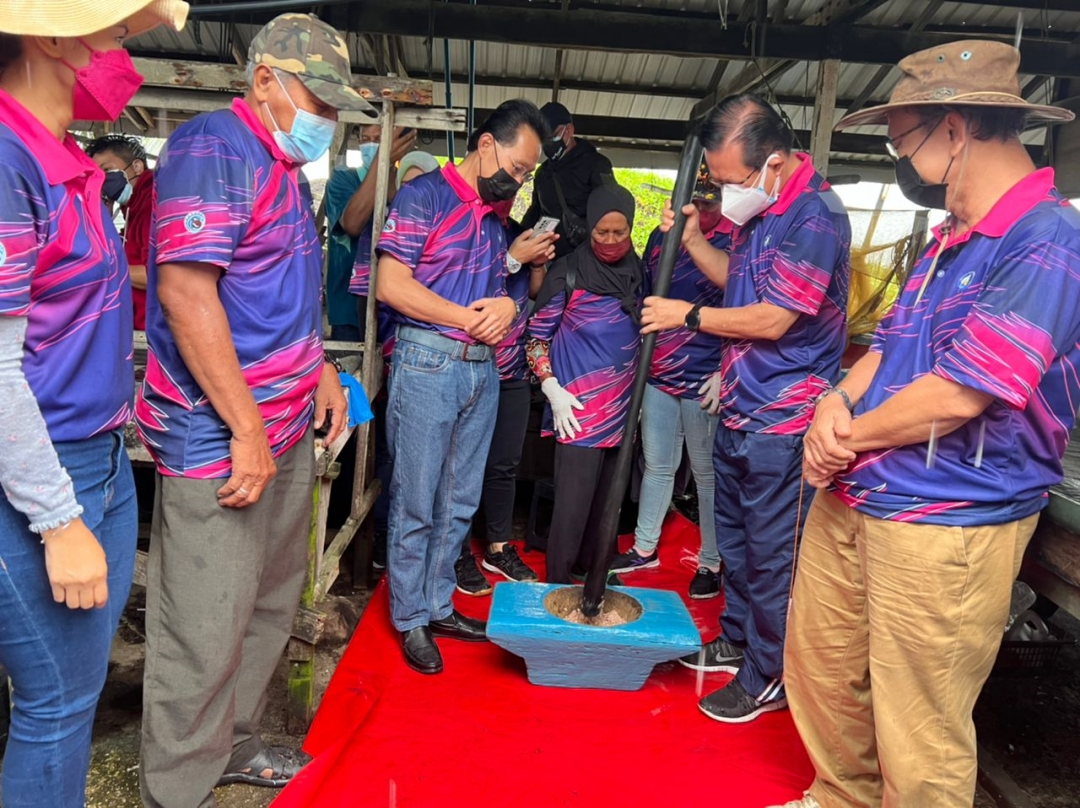 Lee (second right) joins in pounding the krill to make belacan, during the launch of the Bubuk Festival at Batu 1 Fish Market.

MIRI (March 13): The state government is planning to turn the coast near a fishing village at Batu 1 in Kuala Baram here into an esplanade.

Minister of Transport Dato Sri Lee Kim Shin said once approved, it would become the second esplanade in Miri, after the one in Luak.

He said the upgrading of Batu 1 would not only turn the place into a recreational area to attract tourists, it would also boost the economy of the local people, especially fishermen.

Lee said this was so due to the strategic location of Batu 1, which has a Fishermen Market and is very close to a fishing village.

He said this when officiating at the opening of a Bubuk Festival organised by Miri City Council (MCC) at Batu 1 Fishermen Market in Kuala Baram yesterday.

The two-day festival, which ends today, features various sea products especially those made from krill or ‘bubuk’, such as cencaluk (fermented krill), sambal bubuk, belacan (shrimp paste) and others.

Lee said the festival would be another potential tourism product to hopefully attract more visitors to the city and stimulate the local economy.

“It is amazing to note that during the bubuk season here, many families, especially those living along the coastline, go out to catch krill to earn extra income.

On a related subject, Lee said once the building of a RM20 million wave breaker at Batu 1 is completed, the safety of people and fishermen in the area would be assured.

“Tourists can come and see how fishermen catch krill the traditional way instead of using trawlers.

“We will also look into developing a cottage industry here with the focus on fish and krill products, such as belacan and cencaluk,” he said.