Monday, May 16
You are at:Home»News»Brunei/Kalimantan»Jokowi completes ritual to mark start of development of new Indonesian capital 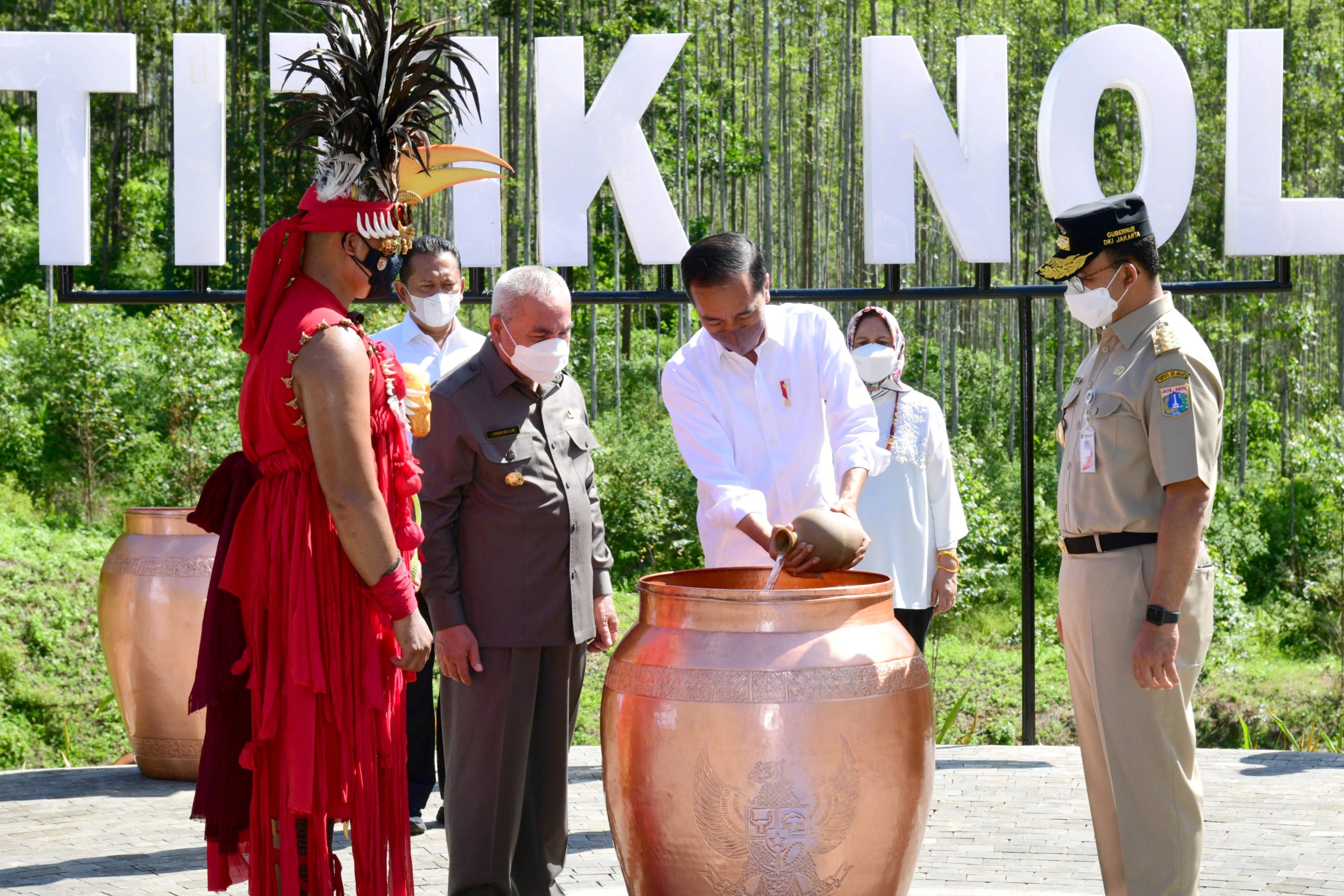 Handout photo from the Presidential Palace shows Jokowi mixing water and samples of soil from 34 provinces during a ceremony in Penajam Paser Utara, as the government prepares to move its capital from Jakarta to East Kalimantan. – AFP photo/Presidential Palace

KUCHING (March 15): Indonesian president Joko Widodo, fondly known as Jokowi, has completed the ‘Kendi Nusantara’ ritual at the location of the new capital city of Nusantara by ‘uniting’ the water and soil taken from 34 Indonesian provinces.

The historic ritual marked the beginning of the development of a new capital city for the country at East Kalimantan.

Their current capital city, Jakarta, is located on Java Island.

According to portal VIVAborneo.com, the ritual took place at Sepaku district, Penajam Paser Utara, East Kalimantan, with Jokowi pouring the water and soil collected from 34 provinces into a large brass-made vessel known as Kendi Nusantara.

Once the ritual was completed, a tree-planting activity began by planting the samplings collected from all the 34 provinces throughout Indonesia.

In his speech, the Indonesian president said the ceremony yesterday marked an important milestone as the mammoth work to develop a new capital city, to be known as Nusantara, will soon begin.

“The water and soil brought here today by 34 governors of the country have been stored inside the ‘Kendi Nusantara’ vessel and it is placed at the location of our new capital city.

“This reflects our commitment and unity in the plan to build Nusantara,” said Jokowi.