Monday, January 30
You are at:Home»News»Sarawak»Lorry crashes into ditch in Kota Samarahan, driver killed
For the freshest news, join The Borneo Post's Telegram Channel and The Borneo Post on Newswav. 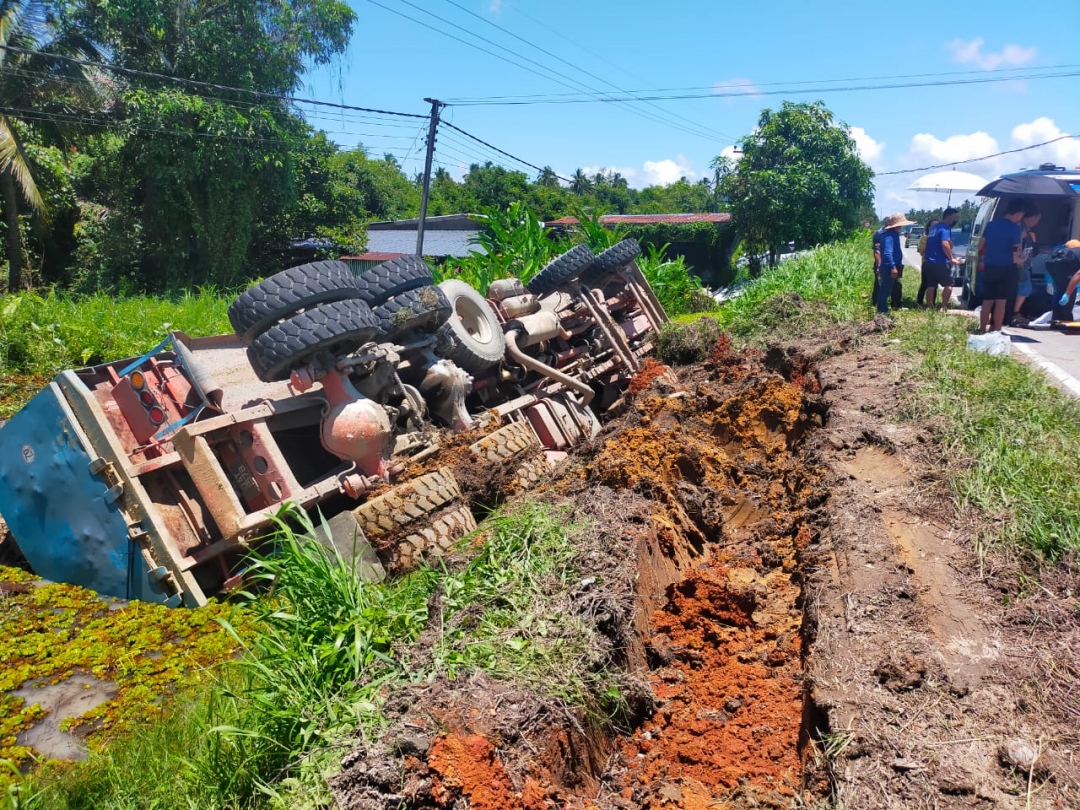 The scene of the accident.

KUCHING (March 18): A 54-year-old man died yesterday morning after the lorry he was driving overturned into a watery ditch in Kota Samarahan.

“The incident happened around 11am when the victim was heading from Asajaya to Sadong Jaya.

“Initial investigation indicated the lorry went out of control and veered off the road into a watery ditch,” he said.

He added the victim suffered injuries to his chest and was pronounced dead at the scene.

Previous ArticleUS Dept of Justice offers up to US$5m reward in exchange for information on corrupt assets linked to 1MDB
Next Article See: Allow more categories of absent, postal voters