Friday, December 2
You are at:Home»Features»Priceless in the eyes of the world

Researcher sees Sarawak as having potential to generate more than RM10 billion by 2030 from R&D, commercial utilisation of bamboo 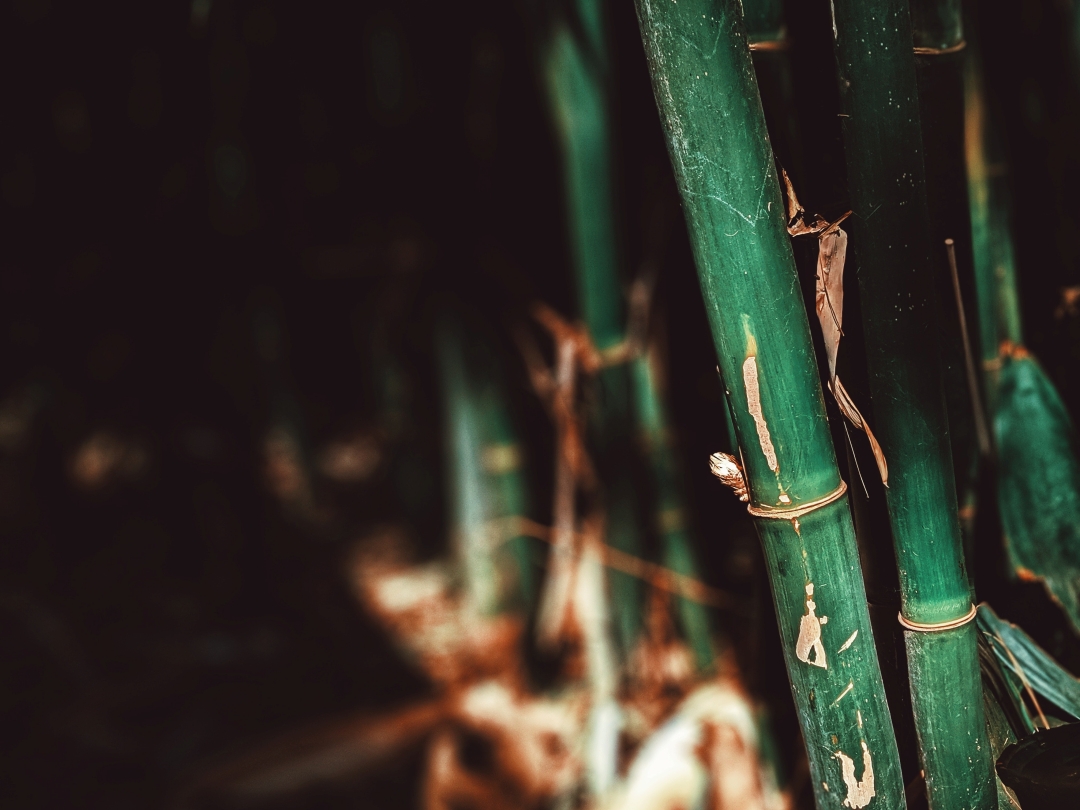 Khusairy says bamboo’s individuality is essential since it provides raw materials that may be processed and moulded into a range of products.

THE bamboo plant, with its hundreds of species, has been used in so many ways such as for food, in construction, as ornaments and for making tribal musical instruments.

All these have existed for hundreds of years, imprinting a strong sense of tradition amongst many communities around the world.
For this reason, it is associated with many noble virtues such as etiquette, tranquilly, and altruism.

The traits and properties of each bamboo species and sub-species are also unique.
Moreover the plant, under the genus ‘Bambusa’, is also a renewable resource with several uses and advantages. 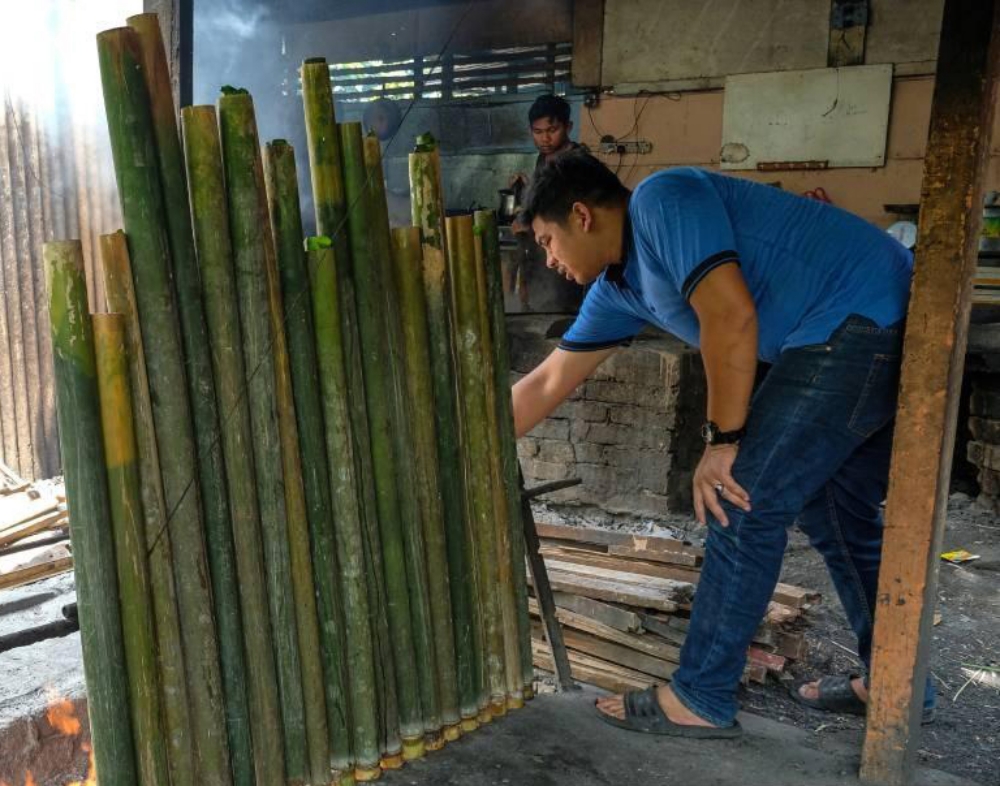 Amongst the earliest and most recognisable functions of the plant is for cooking food, like the ever-popular ‘lemang’ – coconut milk-enhanced glutinous rice cooked in bamboos. — Bernama photo 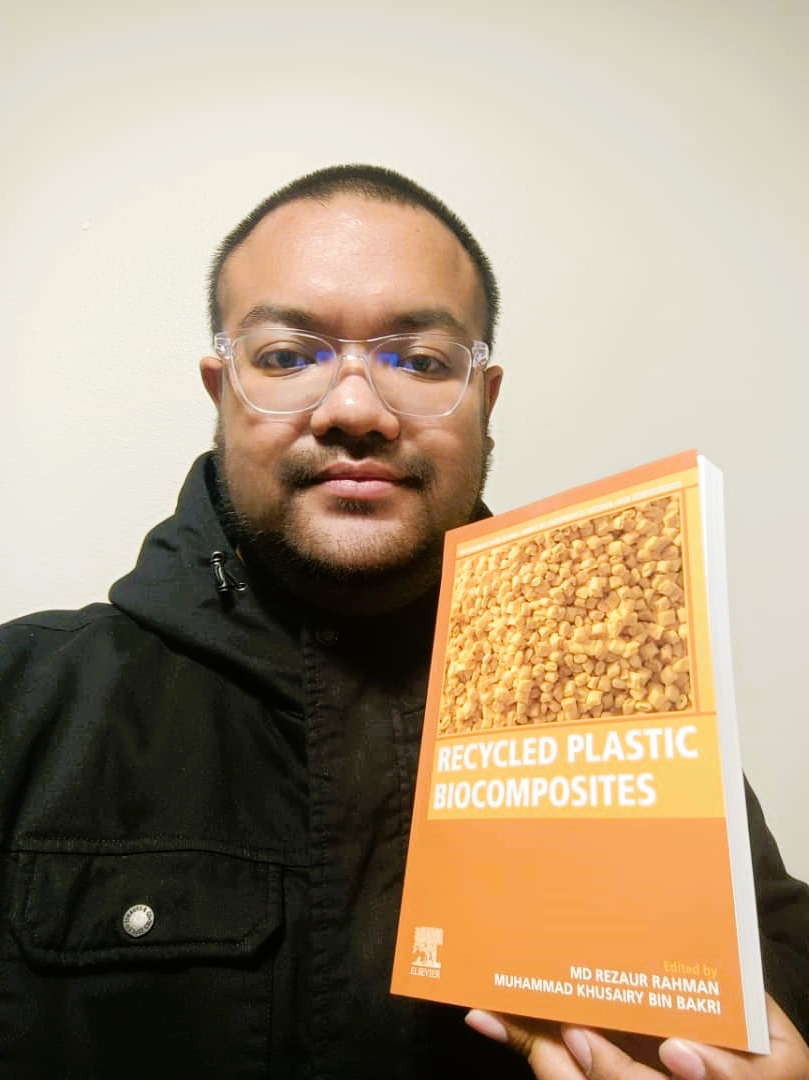 Khusairy with one of his books.

According to Ts Dr Muhammad Khusairy Bakri, a post-doctoral research associate at Washington State University in the US, Sarawak can become the world’s largest hub supplier of bamboo backed by its high potential site, soil and land.

He believes that with over 98 hectares of potential land for bamboo plantations, Sarawak holds the potential of earning more than RM10 billion by 2030.

South America, Africa, and Oceania account for a total of 33 per cent of the world’s bamboo crop. Depending on its cultivars and production, varieties of potential usage can be commercialised, enabling more bamboo products to penetrate the market and meet more industrial needs.

“With advancement work in bamboo, I hope the Sarawak government would take further initiative into pursuing more research and development (R&D) towards developing Sarawak’s own bamboo cultivars and products, which are priceless in the eyes of the world,” he tells thesundaypost.

Kuching-born Khusairy is currently working at the Composite Materials and Engineering Center of Washington State University.

He also leads the Research and Development Sector of the Association of Professional Technician and Technologists (APTT) Sarawak, working on composite materials from forest and industry products. 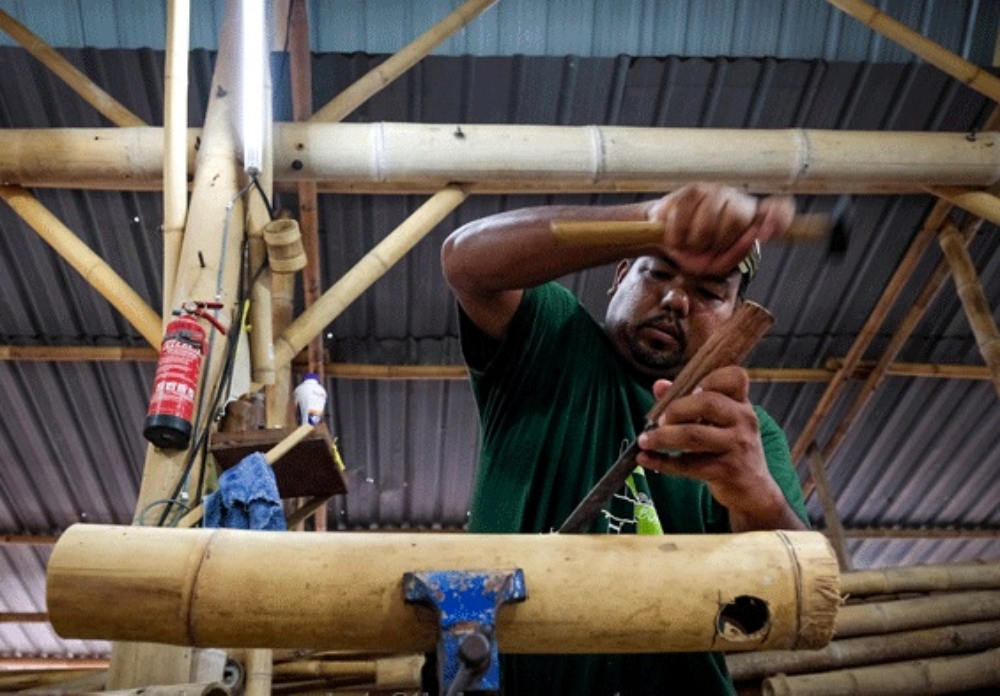 Khusairy says his books on ‘Bamboo Polymer Nanocomposites: Preparation for Sustainable Applications’ and ‘Recycled Plastic Biocomposites’ – released in 2021 and 2022, respectively – strongly encourage the R&D works on bamboo and other value-income products affiliated with Sarawak industries, especially within the frame of its own niche development and market.

Men from India’s Erikala tribe unload bamboo from the Nalamalla forest, at their hamlet in Lingala Mandal, within the Mahbubnagar District in Andhra Pradesh. Bamboo products have been made for hundreds of years and as such, they have a strong sense of tradition. — AFP photo

According to him, worldwide industries are turning to bamboo-friendly products because the increased logging activities have caused the forests’ incapacity to absorb carbon dioxide (CO2) emissions.

The massive quantity of CO2 released into the atmosphere traps heat and generates global warming as a consequence.

“Planting bamboo could reduce this problem, as it’s the fastest plant to grow and is a way to store carbon.

“When it comes to design, construction and production, bamboo has a lot of potential, and can be a viable alternative to traditional hardwoods like oak and maple and also Sarawak’s most valuable wood species such as the ‘belian’ (local ironwood).

“Even though bamboo is relatively lightweight, researchers are especially interested in biocomposites made from it, in terms of environmental responsibility and eco-sustainability,” he adds, describing bamboo as ‘one of the green technologies responsible for eco-products’. 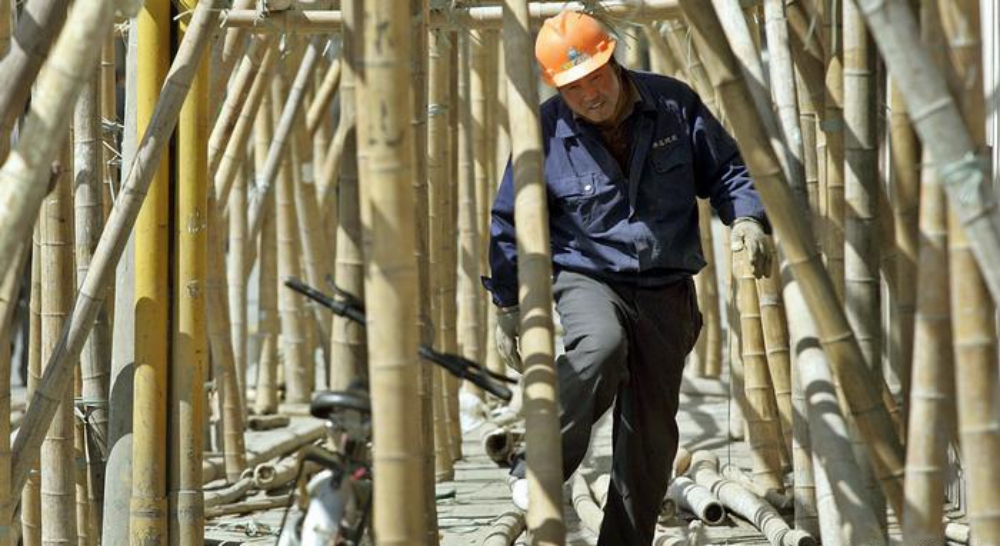 Bamboo is a popular construction material that has been used for centuries, especially in Asia, because of its strength and flexibility. — AFP photo

Biomass, among other things

For the manufacture of biocomposite goods, Khusairy points out that bamboo’s individuality is essential since it provides raw materials that may be processed and moulded into a wide range of products, including veneer, strips, particles and fibres.

“Many specialists believe that agricultural biomass solid wood made from bamboo is the most significant source of natural fibre and cellulose-fibre biocomposite, accessible at cheap cost and set to usher in a new industrial world.

“Thanks to mass production, bamboo is available and can be used even in the fields of textile, aerospace, telecommunications and automobiles.”

Adding on, Khusairy says science and technology have led to agricultural biomass becoming a raw material in many manufacturing industries, replacing solid wood and other non-biodegradable resources and consequently, boosting industrial productivity and supply.

“When it comes to the construction industry, bamboo is an excellent choice because of its strength and flexibility. A more cost-effective house may be built, thanks to the advancement of bio-composite fibreboard and particleboard with its natural fire-retardant properties.

“While the texture and tie on the outside shell of bamboo convey an exotic value and a unique character in design, particularly in furniture, it has that distinctiveness.” 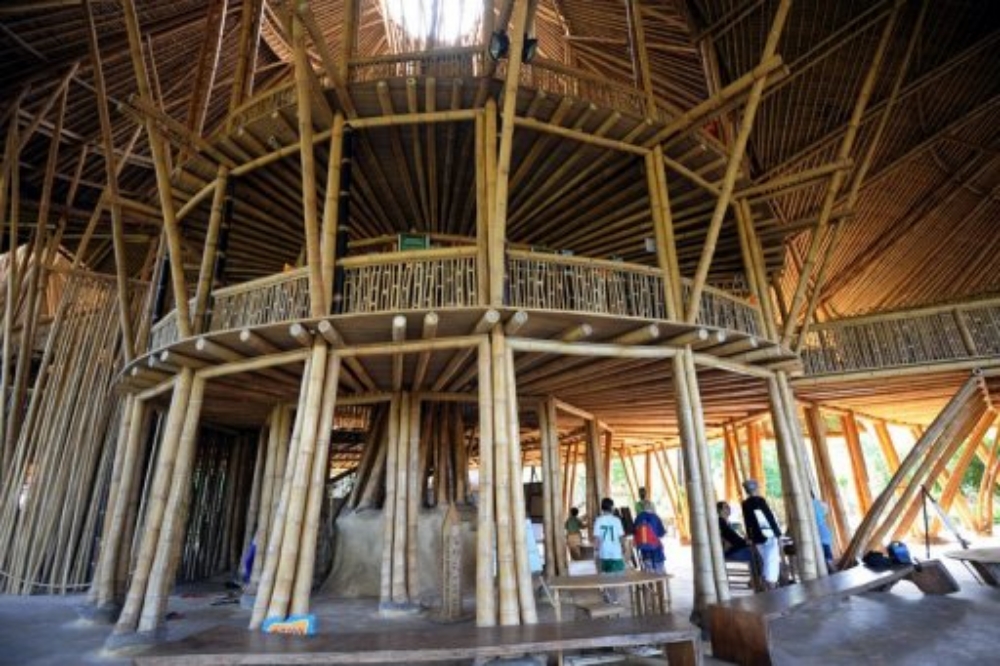 Photo shows the bamboo interior of a school at a village in Sibang, Badung Regency of Bali, Indonesia. When it comes to the construction industry, bamboo is an excellent choice because of its flexibility and strength, says Khusairy. — AFP photo

Khusairy also observes that while fibreglass is currently used as automobile headliner substrates, researchers have shown that bamboo strips-polypropylene composites offer better properties, such as outstanding flexure, impact, as well as acoustics and sound-dampening qualities.

“A wide range of applications for biocomposite materials is possible in the automotive industry and the construction sector. These include door inserts, trunk liners, pillar trims, parcel shelves and load floors.

“Because of its water-absorption property and electrical conductivity, bamboo charcoal has been selected as a possible additive to polyolefins.”

He points out that when natural rubber (polyisoprene) and short bamboo fibres are used in composites, mechanical characteristics are greatly enhanced. 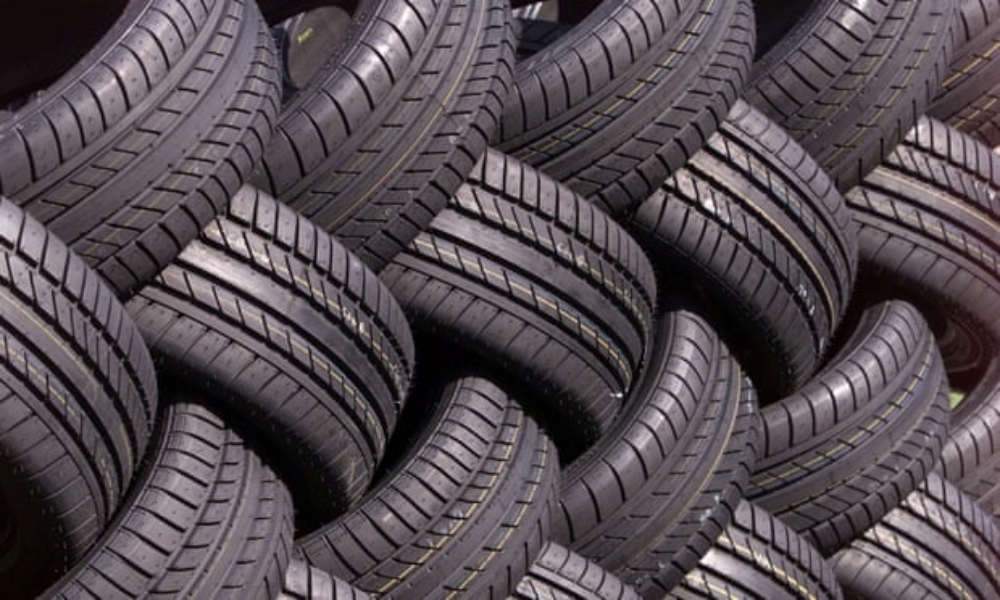 As reinforcing filler in tyres, bamboo carbon black has increased tyre longevity by a factor of 10 since its introduction in the 20th century, says the researcher. — AFP photo

“Elastomer composites, such as gloves, hoses, tyres, v-belts, and other mechanical parts, are all in use. Bamboo carbon black is commonly used in tyre manufacturing to boost its initial modulus and durability.

“As reinforcing filler in tyres, bamboo carbon black has increased tyre longevity by a factor of 10 since its introduction in the 20th century. Additionally, carbon black may be produced by the combustion of bamboo in a furnace at a specific temperature and heat level. As a result, tyres and other rubber goods have been reinforced with bamboo carbon black ever since,” he elaborates.

Khusairy also says natural fibres such as bamboo are being increasingly employed as fillers to substitute fossil fuels in a natural rubber polymer matrix – resulting in environmentally-friendly tyres.

Previous ArticleThe making of a ‘City of Gastronomy’
Next Article Rep: Roads to five villages in Tebedu being repaired, upgraded