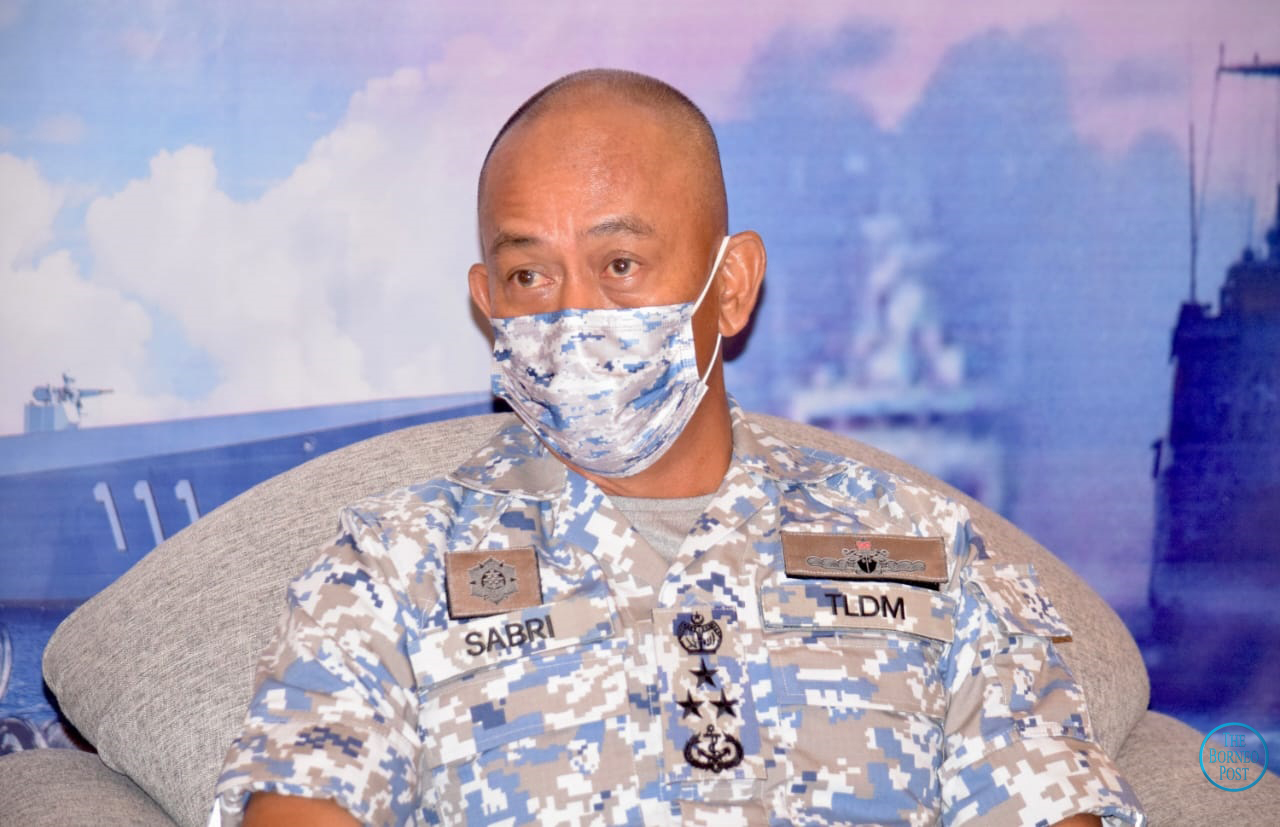 Sabri speaks at the press conference after the closing of the Operational Sea Training Exercise (Ostex East) 1/2022. – Photo by Roystein Emmor

KUCHING (March 23): The Royal Malaysian Navy’s Eastern Fleet Command is calling on the government to improve its current assets in order to beef up surveillance and defence operations.

“Currently, our navy ships are suitable for peacetime roles such as conducting patrols and making our presence known at sea,” he told a press conference after closing the Operational Sea Training Exercise (Ostex East) 1/2022 here today.

He pointed out the weaponry systems of the ships are not equipped for maritime warfare and the fleet would face big challenges in times of conflict.

He also revealed that most operations are carried out by the eastern command.

“With only 22 ships in total while two or three would be berthed for maintenance at any given time, that would leave us fewer ships to carry out our daily operations, ad hoc operations, training, and other routines,” he added.

He called for more allocation for the eastern command to acquire better modern assets.

On the exercise, which started on March 14, Sabri noted ships faced mechanical failures, which are unavoidable due to their age.

“Ideally we require ships that will not face any major mechanical failures for at least three consecutive days of the exercise,” he said.

Sabri said the new ship, KD Rencong, which was acquired in January this year, is still under evaluation for operations.

He also hoped the federal and Sarawak governments will be able to expedite the construction of the Naval Region 4 headquarters in Samalaju, Bintulu.

On security of the seas from intrusion, especially at Beting Patinggi Ali, Sabri said, most of the patrols in the area are conducted by naval ships from the Eastern Fleet headquarters in Kota Kinabalu, Naval Region 2 headquarters in Sandakan, and the Western Command.

“None of the ships that patrol in the area are dispatched from Sarawak as there is no naval base in the state. We also cannot use public ports in Sarawak as the cost is too high,” he added.

For operations at Beting Patinggi Ali, he said the navy would carry out a cross operation such as dispatching naval ships from Lumut, Perak.

These ships, he said, would conduct a sweep in the area up to Pulau Layang- Layang located some 300km northwest of Kota Kinabalu, Sabah.

“These areas are being patrolled by the navy round the clock every day. At the moment we have at least five navy ships at sea,” he added.