Friday, August 19
You are at:Home»World»Protests in Jamaica as William and Kate visit 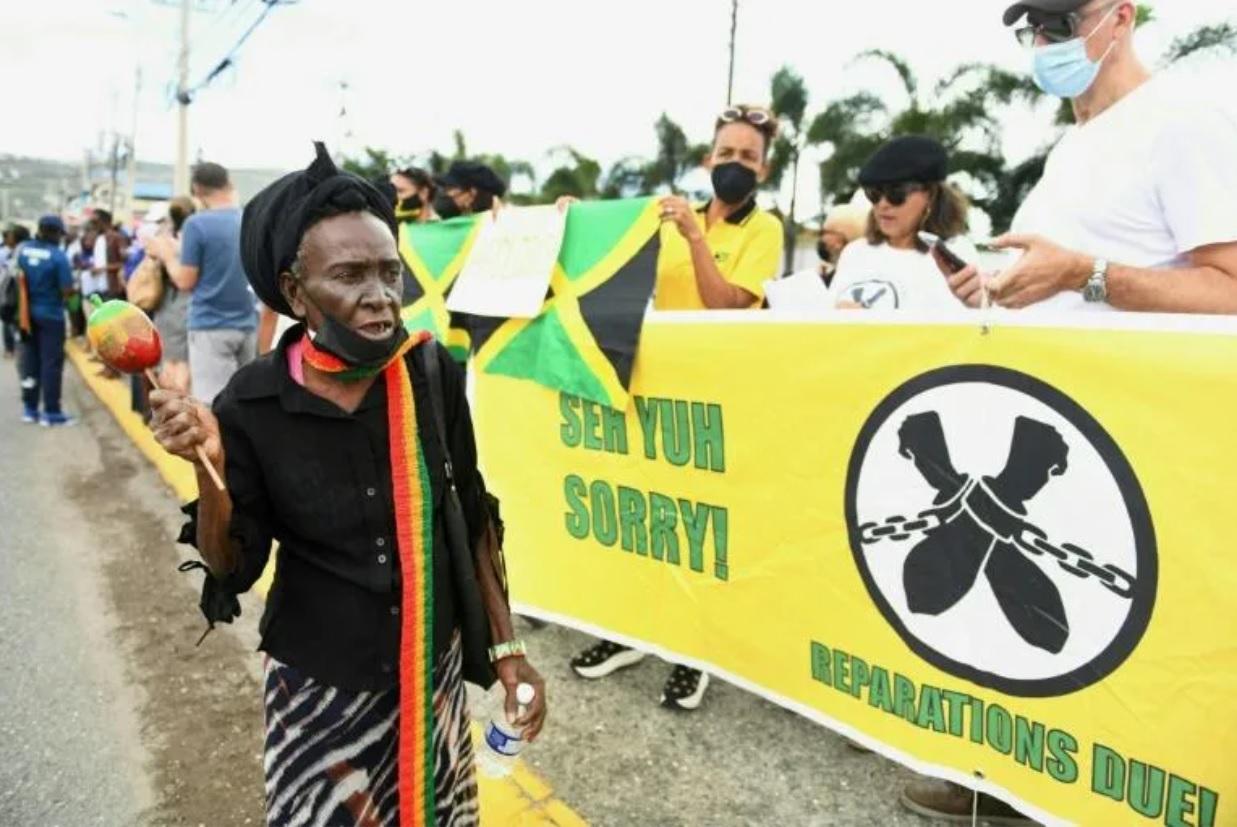 People calling for slavery reparations protest outside the British High Commission ahead of the visit of the Duke and Duchess of Cambridge in Kingston, Jamaica on March 22, 2022. –AFP photo

KINGSTON (March 23): Demonstrators gathered Tuesday in Kingston, Jamaica to protest the official visit of Prince William and Kate to the former British colony and demand the monarchy apologise for its role in the slave trade.

The Duke and Duchess of Cambridge arrived in the capital for a three-day stop on the island, part of a larger trip by the royals to the Caribbean in recognition of the 70th anniversary of the coronation of Queen Elizabeth II.

However, placard-bearing protesters outside the British High Commission ahead of the royals’ arrival demanded that the monarchy pay reparations and apologise for its role in the slave trade that brought hundreds of thousands of Africans to the island to toil under inhumane conditions.

Among the protesters, Clement ‘Jawari’ Deslandes said it was a slap in the face of his ancestors for a “royal person to be coming here with no concern, no remorse in their heart”.

“They have this gentry privilege … that they can just walk up here and we must just lay a red carpet for them. Those days are over,” Deslandes said.

“I am here to represent my ancestors, all those who died in slavery and got murdered because of white people’s oppression,” he said.

The royals’ visit to Jamaica also comes amid increasing calls for Jamaica to follow Barbados and become a republic by ditching the queen as head of state.

The couple also cancelled a visit to a Belize village at the start of their Caribbean tour, reportedly after complaints from an Indigenous community. — AFP

Previous ArticleDr Mahathir and Kit Siang standing down from politics a signal for other veteran Opposition leaders to do the same, pundits suggest
Next Article Russia would only use nuclear weapons faced with ‘existential threat’: Kremlin