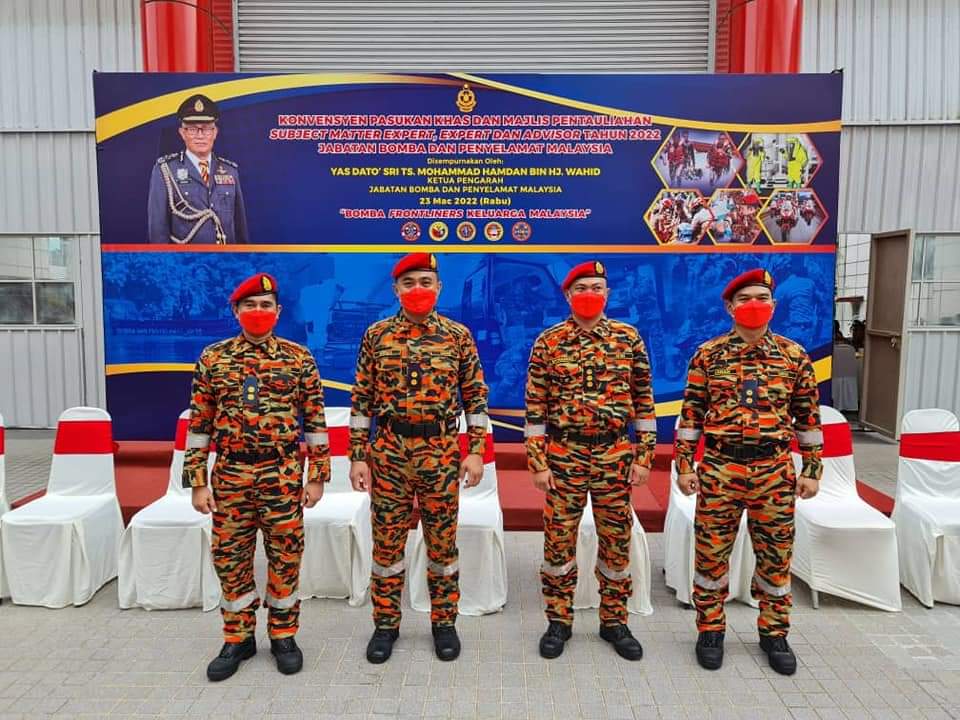 (From left) Zian, Muhammed Mirza, Mohamat, and Asnan pose in front of the main stage after receiving their credentials in Putrajaya.

“I feel very proud for this credential as I am the first Sarawakian to be credited as an advisor for the state’s Emergency Medical Rescue Services (EMRS),” assistant fire superintendent Zian Azizi Yusuf told The Borneo Post today.

Zian, who was appointed as Bomba Sarawak EMRS head on Jan 31, said the credentials were also a reflection of the appreciation and trust of the department in his service.

“I will give my best to further strengthen and improve the state’s EMRS as well as to provide a morale boost to all EMRS personnel in Sarawak for them to always give their best to the people,” he said.

A total of 79 firefighters from the across the country took part in the convention.

Its objective was to strengthen the special team’s role in the department.