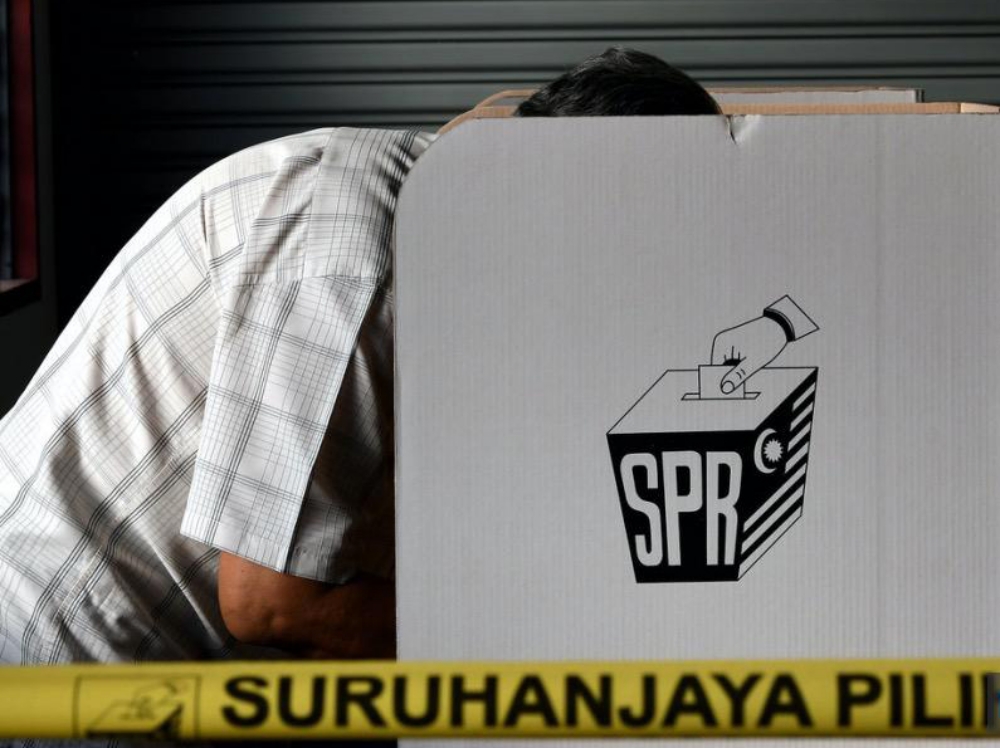 If the ruling by the EC still stands as of the polling day of the GE15, a lot of Malaysians would be deprived of their rights to vote simply because they are far away from their states. — Bernama photo

Similarly, in the case of a Sabahan who is working or living in Johor and a registered voter in Sandakan and who wants to vote by post, why can’t she vote by post at the coming 15th general election (GE15)?

What about the Undi18? I almost forgot about them.

The teacher, the lady from Sabah and the Undi18 will not be able to vote by post because the Election Commission (EC) says so.

During a recent parliamentary meeting, Deputy Minister in Prime Minister’s Department (Parliament and Law) Datuk Mas Ermieyati Samsudin, was quoted as saying: “The EC has no plans yet to extend the postal voting category to Sabah and Sarawak voters residing in the peninsula in GE15.”

The soldier’s new wife, the teacher, the woman from Sabah and the student are hypothetical cases. In real life, however, in the past general elections, members of the police and of the armed forces and their family members who are registered voters in the states and the ‘Wilayah’ (Territories) in the peninsula have been casting their votes by post from their places of work or residences in Sarawak and Sabah.

If this is not a double standard, I don’t know what is.

If the ruling by the EC still stands as of the polling day of the GE15, a lot of Malaysians would be deprived of their rights to vote simply because they are far away from their states. It is estimated that there are about 54,000 Sabahans and Sarawakians in Peninsular Malaysia. Out of the so many of the Borneo Diaspora, there must be a sizeable number of them who are registered voters in their own respective states in Borneo. They must be recognised as absent or postal voters so that they can elect the members of Parliament of their choice.

It is clear that the EC would prefer that these Borneo Diaspora be voting in the polling districts in which they happen to reside, work or study. It is not what the EC wants, but what the voters themselves want that is more important. I say the EC should not try to persuade any of them to transfer their names to new addresses in new polling districts (in the peninsula), if they are already voters in their respective home states or are automatically registered under the law governing Undi18. It is possible that some may forgo voting by post, but that is a different matter altogether. It is their choice.

Do the current regulations, namely the Election (Registration of Electors) Regulations 2002 and the Elections (Postal Voting) Regulations 2003 and the Article 119 of the Federal Constitution, forbid the EC to allow those Sabahans and Sarawakians from voting by post?

If there any legal constraints, then that is for the EC to fix.

If there is the will to allow voters to vote by post, it’s not rocket science to issue a public notice calling upon all Sarawakians and Sabahans (voters) who are residing or working or studying in all the states and ‘Wilayah’ in the peninsula to submit their names declaring that they want to vote by post in their respective states (Sabah or Sarawak).

They can submit their particulars via email or in person at the nearest office of the EC, or through the members of Parliament from their respective states, who would then pass on the particulars to the EC – if possible, before the next GE15.

I would have preferred that the EC had a second look at its ruling and would think in terms of amending the existing regulations relating to the conduct of elections, if there was any to amend or put right.

I know that there is a suggestion to resort to a court of law to settle the problem (The Borneo Post on March 18, 2022). Obviously, something sensible must be done about addressing this obvious deprivation of the rights voters and taxpayers. What then is the best way by which to go about helping the EC to avoid being accused of discriminatory to the Sabahans or Sarawakians concerned?

In view of the necessity and the urgency to act to avoid many voters from incurring heavy expenditure incurred in flying to Sarawak and Sabah to vote, and after voting, to fly back to work or to live or studies in the peninsula, and in view of the little time left before the GE15 is held, I tend to agree with what YB See Chee How (Batu Lintang assemblyman) wants done: judicial intervention via the Writ of Mandamus, as the last resort.

Hopefully, the court would compel the EC to work on regulations and procedures to allow Sabah and Sarawak voters living or working or studying in the peninsula to vote by post come the next general election and the subsequent elections.

The court should take into consideration the individual voter’s right to freedom of choice not only of that of his choice of a legislator, or but also of his right to pick the polling district in which he wants to vote.

People like YB See Chee How would have done a good service to the country if the Sarawakians and the Sabahans in the peninsula would be able to vote by post in the next GE15.

To YB See, I say go ahead and see what happens!

Previous ArticleiFAST: Another 10 Malaysia dividend stocks that you can consider
Next Article Discovering Angkor Wat and Danum Valley’s amazing connection