Tuesday, October 4
You are at:Home»News»Sarawak»Abg Jo: Discussions with PM on S’wak’s boutique airline at advanced stage 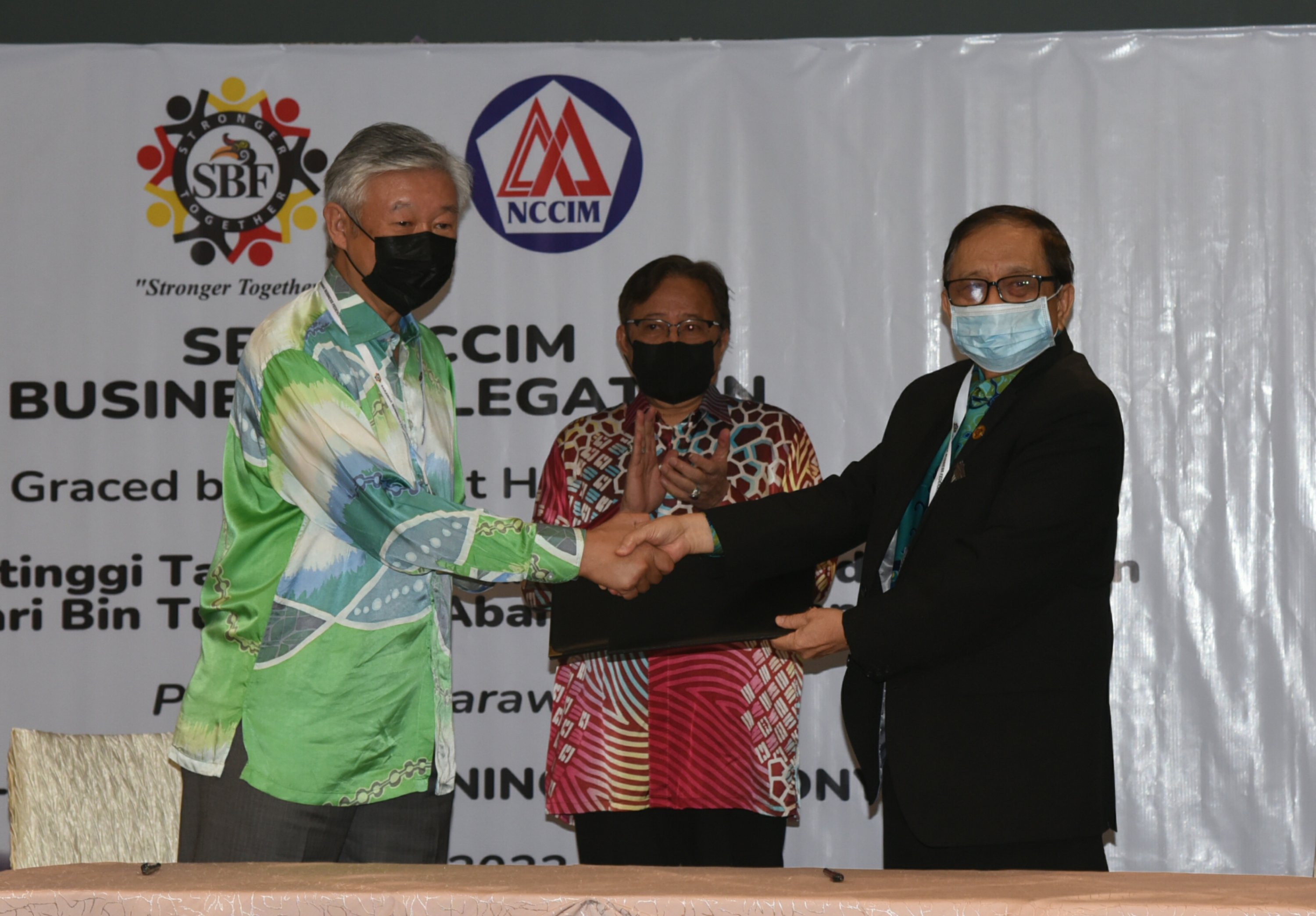 Datuk Patinggi Tan Sri Abang Johari Tun Openg said the Sarawak government is already at the advance stage of discussions, including with the Economic Planning Unit (EPU), and the prime minister is receptive towards the idea.

He said a decision could be made within three months.

“We want an arrangement where international tourists can board a direct flight to Kuching, bypassing Kuala Lumpur along the way, as it would be more convenient to provide a point-to-point transit to tourists,” he said during a networking dinner for the Sarawak Business Federation (SBF) and National Chamber of Commerce and Industry Malaysia (NCCIM) last night.

He said Sarawak having its own boutique airline would enhance air connectivity to Borneo as a whole and would augur well for the state’s tourism sector.

On Sarawak’s attractions as an investment location, Abang Johari said the state government is going to merge the four water supply authorities under one agency and strengthen the water grid system state-wide.

Abang Johari said with his public service record of over 40 years in various ministries, he understood undisrupted electricity and water supply are crucial for any investment.

He added Sarawak enjoyed a range of autonomy powers enshrined in the Malaysia Agreement 1963 (MA63) and these offered unique advantages for investors considering the state as their investment destination.

Abang Johari said the state enjoyed autonomy over its immigration and power generation capability was also under the Sarawak government’s control.

He pointed out Sarawak also has autonomous power over gas distribution across the state by working together with Petroliam Nasional Berhad (Petronas) to set up state-owned Petros.

“Above all, the state’s policies must be consistent and political stability is a crucial factor in attracting investment. There is strong unity and a high degree of tolerance among all races in the state,” said Abang Johari.

He voiced his frustration over Malaysia having had three prime ministers over the past three years due to political instability at the national level and now rumours circulating of another prime ministerial candidate.

Nonetheless, the Premier said the Sarawak government under his leadership would aim to improve basic infrastructure state-wide by working closely with the federal government and via alternative funding.

“In fact, we are working with Singapore and Johns Hopkins University to look into production of vaccines for any infectious disease because I think Sarawak is blessed with the raw materials,” he said.

He pointed out RM200 million was allocated to establish a laboratory research centre in Samarahan and the state had also attracted an RM1 billion investment from an American pharmaceutical company.

On the relocation of Indonesia’s capital from Jakarta to Nusantara, Kalimantan, Abang Johari said Sarawak could enjoy positive spill-over economic effects from the development of the new capital city with an estimated population of 30 million.

“Perhaps, once we finish installing our Autonomous Rapid Transit (ART), we could extend it to Pontianak and the new capital in West Kalimantan, Indonesia. Currently, we are already exporting energy there,” he added.

Abang Johari said the state government’s direction is to develop a digital economy that focused on hydrogen power as well as other renewable energy such as hydro and solar.

Producing competent human capital through collaborating with foreign universities and setting up state-owned Yayasan international schools are also part of the development blueprint, he said.

During the dinner, SBF and NCCIM signed a memorandum of understanding (MoU) to strengthen economic cooperation and domestic investment.