Wednesday, February 8
You are at:Home»News»Sarawak»Flood at Lawas Airport causes MASwings to cancel flights
For the freshest news, join The Borneo Post's Telegram Channel and The Borneo Post on Newswav. 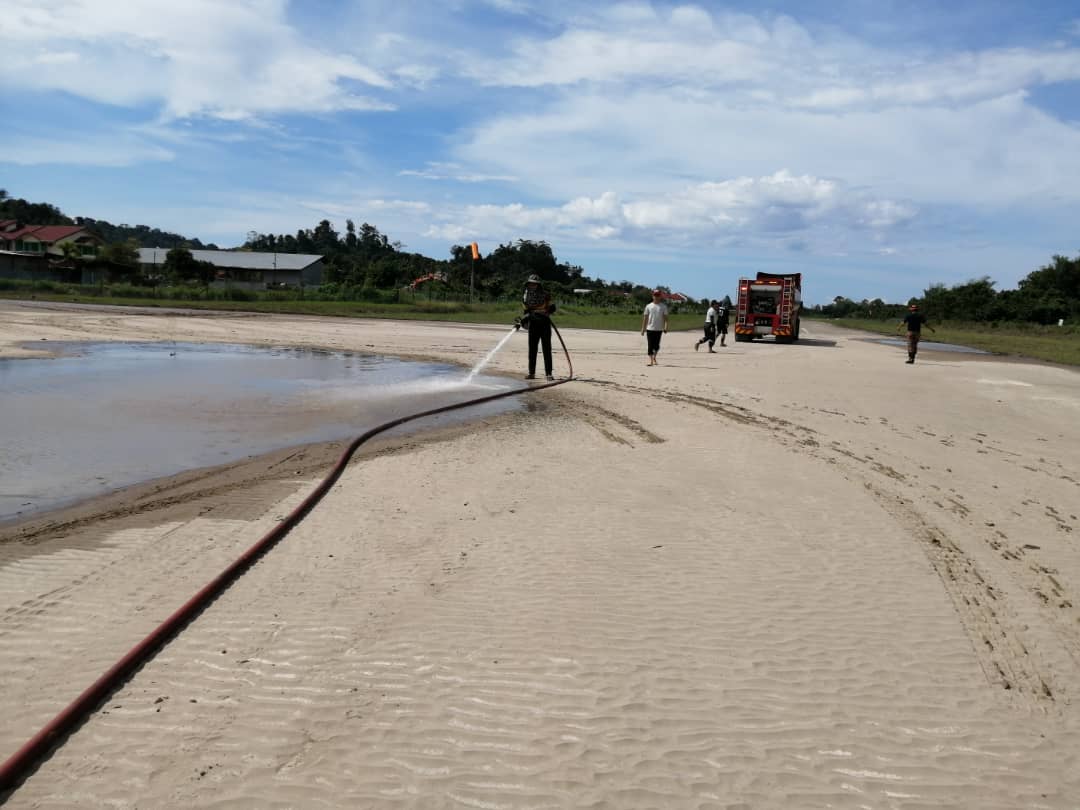 LAWAS (March 30): Rural Air Services operator MASwings has to cancel 48 flights to and from Lawas Airport from yesterday (March 29) until tomorrow (March 31) due to flash flood on Monday night.

“MASwings had been advised on the info (on flash flood) by the Malaysia Airports Bhd (MAB).

“Once we received the notice from MAB, we cancelled the flights and advised the passengers accordingly,” it said.

The Lawas Airport runway is located just next to the Lawas river and is flood-prone especially when it rains heavily for several hours.

State Transport Minister Dato Sri Lee Kim Shin when contacted, said the airport is expected to be open tomorrow (March 31) at noon, pending check by the operations and the Civil Aviation Authority of Malaysia (CAAM).

According to him, as of 4pm today, only 50 per cent of the areas affected at Lawas Airport had been cleaned.

“We hope to finish the cleaning operation tomorrow (March 31),” he said.