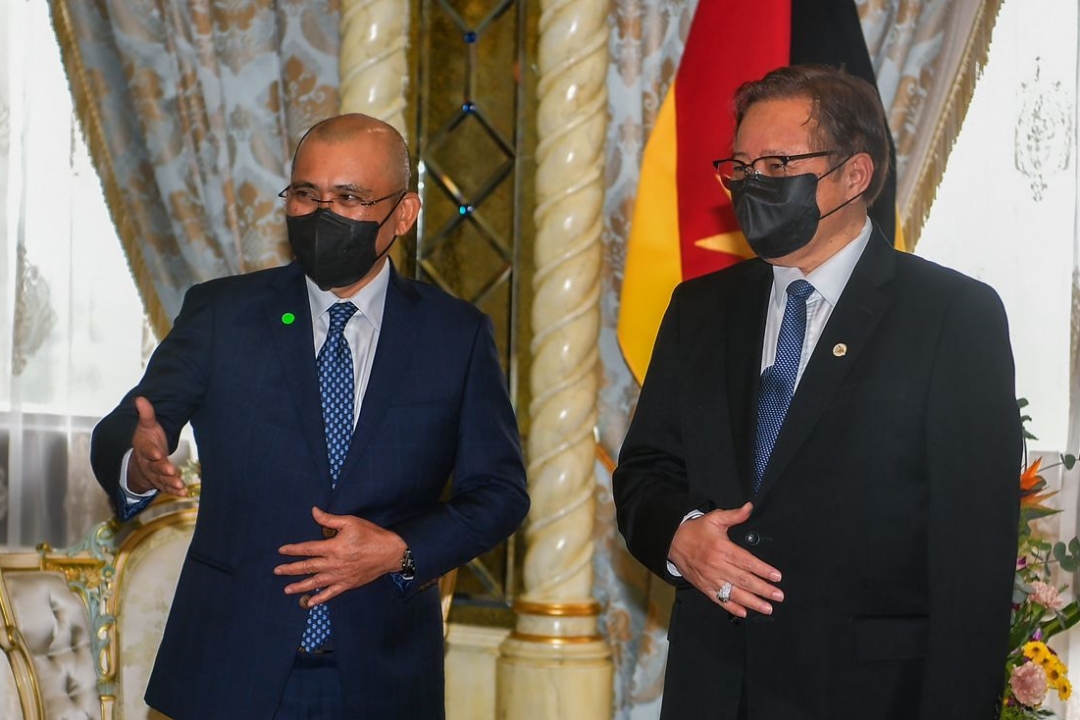 Ronald (left) calling on Abang Johari at the Premier of Sarawak’s office.

Speaking during a press conference today, he said the allocation will be channeled to various departments and agencies in the agrofood sector, to benefit sub sectors such as plantations and livestock breeding.

“One of the things that the federal government wants to achieve is to see the agrofood sector be modernised and efficiently managed, while at the same time using latest technology to reduce cost of operation, dependency on imported goods as well as increase productivity,” he added.

Ronald opined that good collaborative efforts and mutual understanding between the federal and state government will be able to solve any issues pertaining food security in the country.

Ronald, who paid a courtesy call to the Premier of Sarawak Datuk Patinggi Tan Sri Abang Johari Tun Openg at his office earlier, revealed that among the things he discussed with the Premier apart from issues related to food security in the country is the involvement of private sectors in helping the government develop the agrofood sector.

Meanwhile during the same press conference, Minister for Modernisation of Agriculture and Regional Development Dato Sri Dr Stephen Rundi Utom also commented that Sarawak government believes in the modernisation of agricultural sector, of which can be made possible with the assistance and financial means from both the federal government and the private sector.