Monday, February 6
You are at:Home»News»Sarawak»Abg Johari: Sarawak plays forefront role in transition to hydrogen economy
For the freshest news, join The Borneo Post's Telegram Channel and The Borneo Post on Newswav. 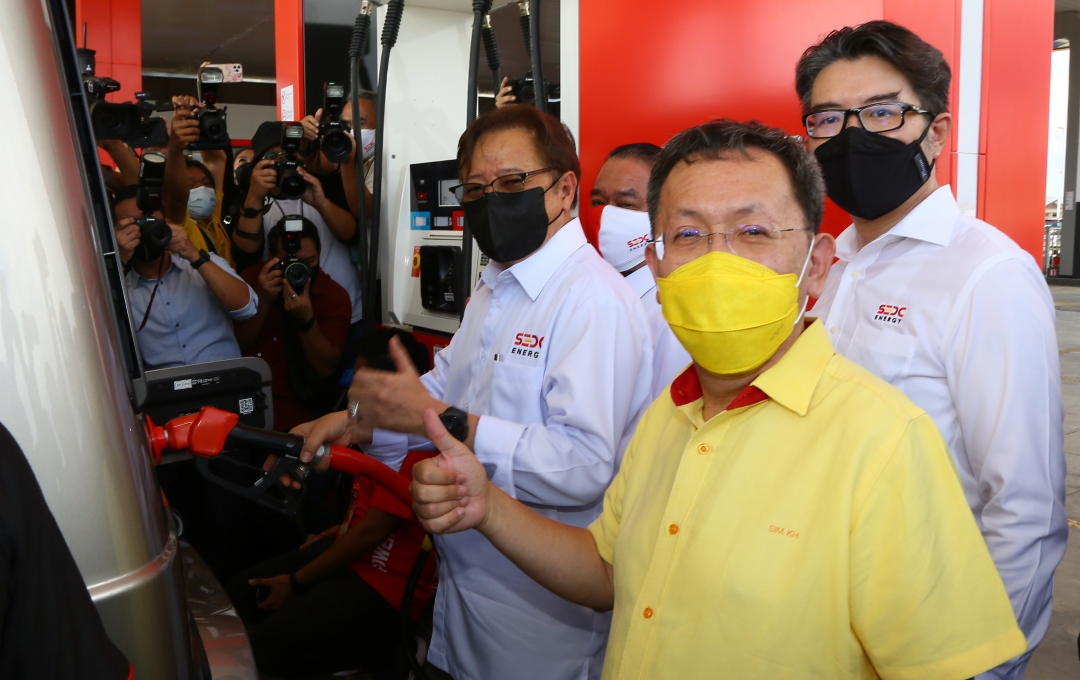 He said Sarawak is currently playing the forefront role in the transition to the hydrogen economy in Southeast Asia (SEA).

“In fact, I was also surprised that I was invited to give a talk on hydrogen economy in Singapore, and only today I got the invitation to the World Hydrogen Economic Forum in Europe.

“This means that Sarawak is the key-player in the hydrogen economy, and I try my best to put Sarawak on the world map,” he said when speaking at the grand opening of Petros’ multifuel refuelling station in Darul Hana here today.

With the introduction of the hydrogen economy, Abang Johari said new technologies from production to safety handling will become hydrogen-based, and as such, new highly skilled jobs will be required.

This, he added, will spur the creation of new businesses and functions to support the new technologies.

“Sarawakians will have to participate actively in this new hydrogen economy in order to be able to master all the technologies ahead of others when it goes mainstream globally.

“Some visitors were surprised that we already have a hydrogen gas production facility in Bintawa as part of our research programme, and I think that facility is the first hydrogen facility in all of Southeast Asia.

“This is similar to how Sarawakians were exposed to the oil and gas (O&G) industry more than 100 years ago and have become globally sought-after for being highly skilled and knowledgeable in the field of O&G.

“I can see that the hydrogen economy will contribute enormously to the economic wellbeing of Sarawak as we move away from dependency on traditional industries relying on depleting natural resources and fossil fuels. Now is the time to establish and develop this hydrogen economy, for the future is now,” he said. 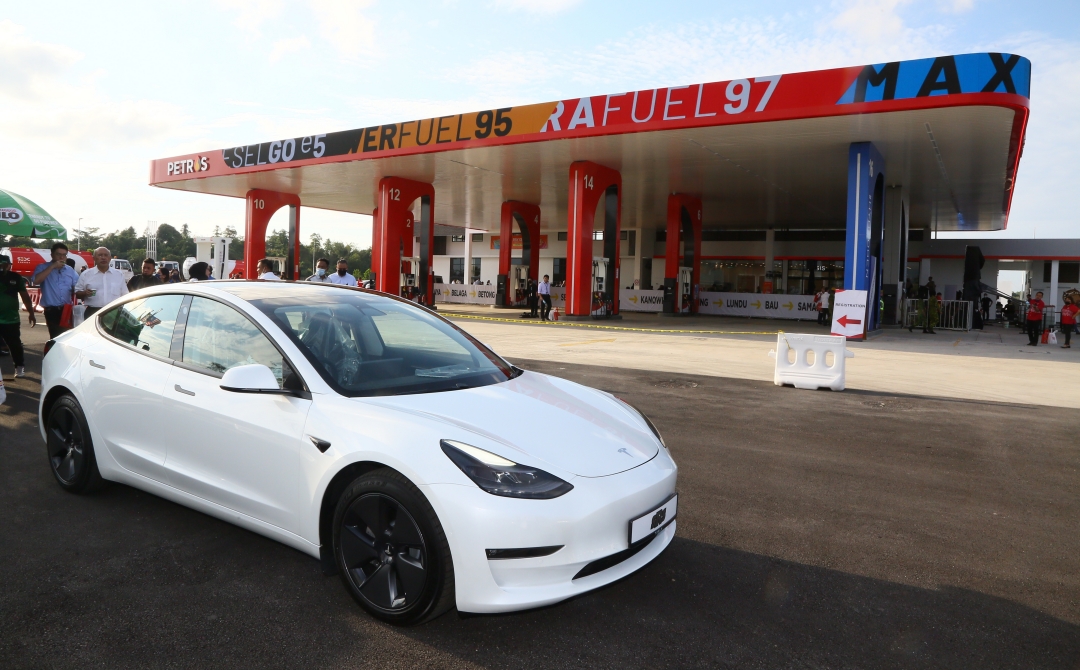 A Tesla Model 3 electric car is seen at the Petros’ multifuel refuelling station.

On Petros’ multifuel refuelling station, Abang Johari said it serves as a step towards building a sustainable future in the new energy segment as it will kick-off the significance of electric vehicles (EVs) as well as hydrogen fuel cell vehicles in future phases.

He added that the station indicates the seriousness of the state’s effort to drive the reduction of carbon emissions, ensuring a cleaner and healthier environment for future generations.

“Aside from the multifuel stations, projects in the development of and transitioning to the new energy business of clean hydrogen are being mapped out in the coming years.

“I am confident that with Sarawak Economic Development Corporation (SEDC) and Petros passionately working together, a unique brand will emerge, which I believe will be the essence of sustainability and exclusivity that reflects our brand,” he said.

Aside from that, he said electric vehicle owners can charge their vehicles as the station houses various chargers.

“Hydrogen fueling will be further added as the nation gets more acquainted with low-carbon emission vehicles, and this will be added in phases by SEDC Energy.

“Of course, as we grow our hydrogen economy, we will be aligning all our efforts with the right stakeholders in ensuring our efforts are synergised for the good of the people,” he added.