Friday, February 3
You are at:Home»News»Sabah»Junz trying to paint negative image on MoU, says DAP
For the freshest news, join The Borneo Post's Telegram Channel and The Borneo Post on Newswav. 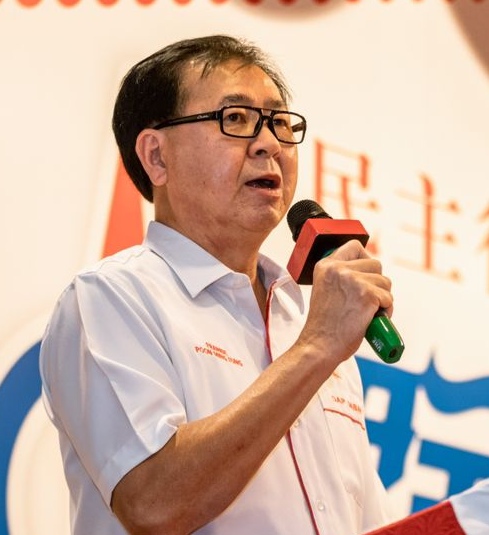 “In response to Junz from Warisan who accused DAP of ‘betrayal’ for signing the MoU, DAP Sabah would like to stress the necessity of having the MoU is to eliminate politics of frog and betrayal once and for all by tabling the Anti-Hopping Law in the Parliament on 11 April 2022,” he said.

Frankied added that Junz was the one who is trying to mislead the people by painting a negative image on the MoU.

“In fact apart from the long-awaiting Anti-Hopping Law, the MoU is about restoring stability amid the pandemic while the people were suffering the most such as injecting 45 billion for the people and the domestic economy. Most importantly, it was also an opportunity for the Opposition bloc to pressure the federal government to table institutional reforms.

“Apparently the main objective of MoU is to restore people’s confidence and rebuild the democracy of the nation. We all know Sabah has always been the victim of the political frog culture. What Junz Wong is doing now by continuing to attack DAP on MoU is totally irrelevant. Shouldn’t Warisan and Junz support the MoU for institutional reforms like the Anti-Hopping Law when Warisan was also the victim of political hopping?” Frankie queried in a statement on Friday.

He reminded that the Warisan-PH government downfall was also contributed by political frogs but it seems that Warisan has not learnt their lesson as they’ve also been accepting political frogs nationwide from Selangor to Tawau.

“Is this why they are against the MoU, because they don’t think the political frog culture is one of the worst and most corrupt political cultures in Malaysia?

“Junz must get his facts right. PH won a total 113 seats in the GE14, achieving the simple majority to form the government but in the spirit of partnership, PH included Warisan representatives in the Federal Cabinet.

“Furthermore, Junz and Warisan must not forget that the Warisan-led state government was only possible with the support from PH members, PKR, DAP and UPKO. It is arrogant to now claim that both governments were only possible because of Warisan. In the 2018 Sabah election, Warisan only won 21 seats, without the support of PH members and later on UPKO, how did they form the government?” he said.

He then urged the Tanjung Aru representative to stop twisting facts to accuse DAP.

“DAP agreed to use the common logo only after Warisan’s president Shafie Apdal tried his best to convince DAP because Sabah Constitution says a single party which commands majority in state assembly would have the advantage to form the state government. At the same time the Warisan president believed that it was to enhance the image of unity and DAP agreed to that, therefore reaching a consensus to use a common logo. The spirit of partnership should not be taken for granted,” he said.

Frankie claimed that Junz and Warisan were being arrogant when they accused DAP of monopolizing Chinese seats.

“During seat negotiations, DAP was sacrificed by Warisan, the fact is DAP did not get any additional seats despite the entire Sabah increasing 13 seats in total. Warisan on the other hand, single handedly contested 47 seats, it is clear who are the ones monopolising seats. When the results are not ideal, you shift the blame to your partners?

DAP’s Bingkor seat also experienced a significant drop in the 2020 State Elections, should we blame Warisan and their logo for that? No, we will never do that in honoring our partnership,” said Frankie.

In a statement on Thursday, Junz said the relationships between Warisan and DAP have become tense due to the latter’s betrayal.

“DAP’s version of events are misleading. They are trying to hide certain facts and portray themselves as victims.

“The fact is ties between the Opposition became tense since 2021 when PH supported Umno’s PM via the MoU,” he said.