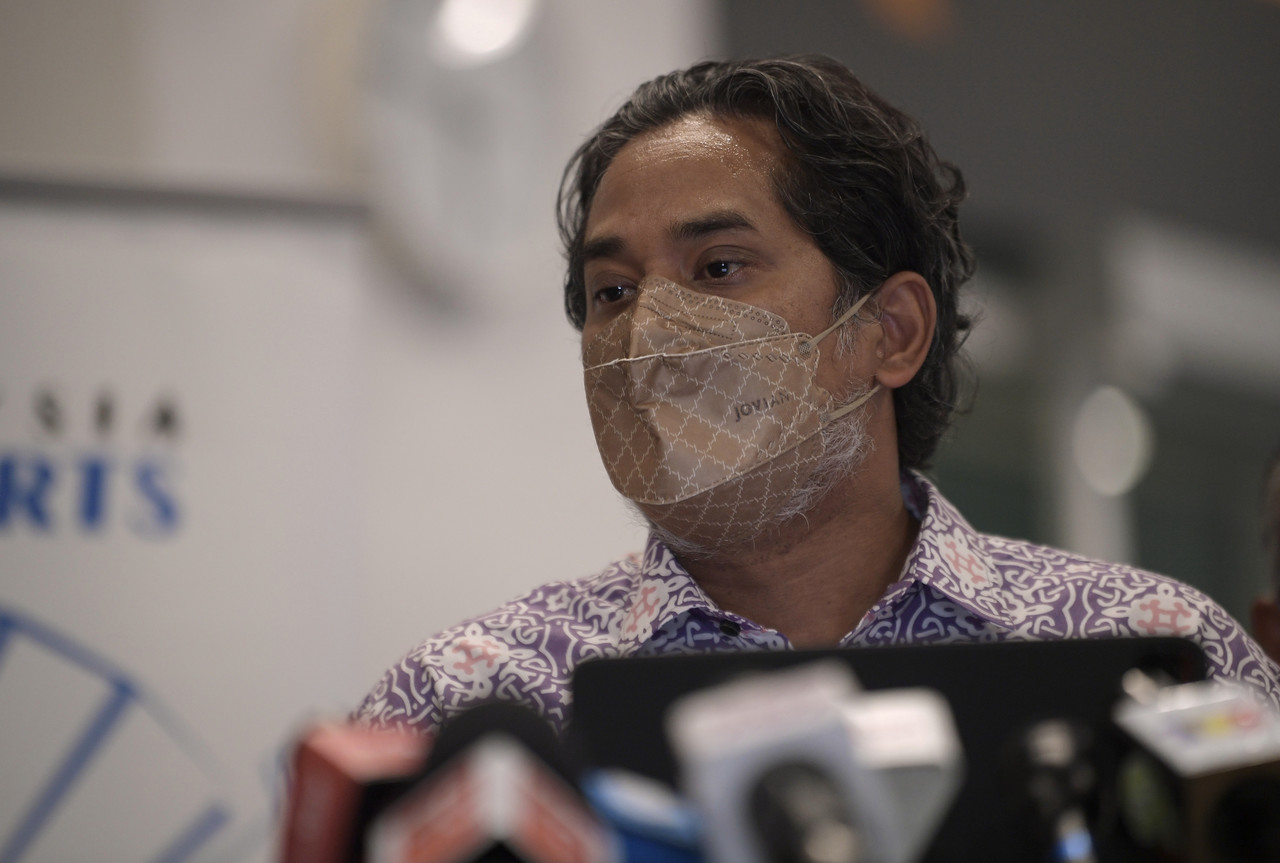 Khairy gives a press conference at the arrival hall of KLIA2 during the first day of Malaysia’s border opening, April 1, 2022. – Bernama photo

Besides easing the process of traveller documentation upon arrival in Malaysia, having a traveller card was also a condition set in the country’s current health protocol, he said.

“I have asked travellers about their experience (travelling to Malaysia) and they said there were no issues, it was easy for them to obtain a traveller card in MySejahtera.

“And this (traveller card) has helped a lot, because we don’t see any crowding happening at the Kuala Lumpur International Airport (KLIA) and other international entry points,” he said in a media conference after inspecting the reopening of the country’s borders at klia2 here today.

Khairy said 346 health officials were on duty in shifts at 75 international entry points throughout the country beginning today as borders reopen.

“At KLIA and klia2, there are 250 health officials on duty. They will help other agencies to ensure that inbound travellers comply with all health protocols,” he said.

On March 8, Prime Minister Datuk Seri Ismail Sabri Yaakob announced the reopening of the country’s bordered on April 1 in line with the country’s planning of transitioning into the endemic phase.

Khairy also said the political stability and the Ismail Sabri-led administration have enabled the country to reach this critical point, the reopening of our country’s borders today.

“Not only have our borders reopened, but other standard operating procedures (SOP) have been eased, including Friday prayers. This is the effort of the government, led by the prime minister, who has placed a very clear exit plan…this is a catalyst for the country’s recovery,” he added. – Bernama