Saturday, October 1
You are at:Home»News»Sarawak»Search continues for mechanic feared drowned after falling into Batang Rajang 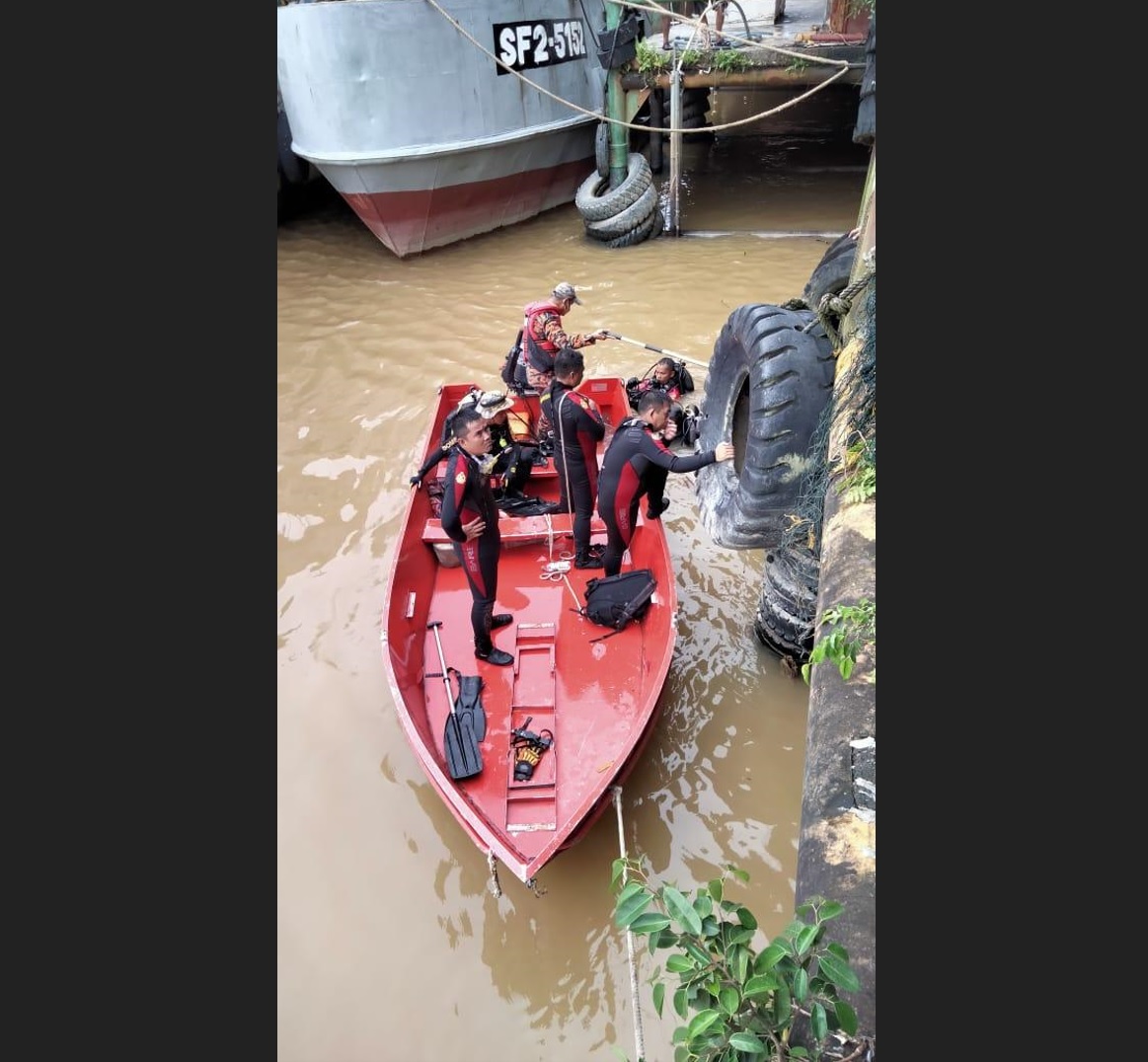 Bomba scuba divers attempt to locate the victim in the river. – Bomba photo

SIBU (April 1): The Fire and Rescue Department (Bomba) resumed its search operation at 7.20am today for a mechanic, who is feared to have drowned after he slipped and fell into the Batang Rajang yesterday.

Scuba divers were called in to help with the search.

In the incident at Jalan Upper Lanang yesterday, the local man identified as We Sin, in his 50s, was attempting to jump onto the ship where he worked when he fell.

In a statement, the Fire and Rescue Department (Bomba) said a report on the incident was received at 4.23pm yesterday and four firefighters were sent to the scene.

“The victim’s friends said they saw the victim fall into the river while about to jump onto the ship to go down to repair the ship’s engine,” said the department.

The friends also said they saw the victim surfacing for a while before disappearing underwater.

Bomba launched a search operation on the surface around the ship yesterday.

Firefighters needed to use a grappling iron due to the strong currents during high tide.

However, they were unable to continue the operation as darkness fell and called it off at 8pm.