Wednesday, December 7
You are at:Home»Columns»Just another point of view»My journey from Qing Ming to Easter

Born a Buddhist, then ‘born again’ a charismatic Christian at mid-life!

SEVENTY-TWO years ago, almost to the day that I was born into a family where grandfather Ong Kwan Hin (1896-1982) was the ‘Kapitan Cina’ (Chinese Chieftain) as well as the chairman of both the Board of Buddhist Temples and the Kuching Hokkien Association.

He was third-generation Sarawak-born Hokkien Chinese, whose birth date was just at the turn of the century.

In the house where I was born, situated on the road that still bears his name to this day, there had been placed various shrines and Buddhist idols of the ‘Emperor of Heaven’, the ‘Goddess of Mercy’ and a few more; these had faced the main entrance on the ground floor as well as on the top floor facing east as was dictated by the traditional fengshui.

In addition, there were smaller icons for the ‘Kitchen God’ and the ‘God of Protection’ at the rear entrance. Our family had observed all the major Buddhist festivals, which would almost always include much feasting and extended family members would gather to worship at these shrines. Besides this, the more senior family members would troop off to the major temples in town (as well as further afield like the Muara Tebas Temple) to observe all the major festivals.

Within Grandpa’s homestead had dwelled six families – himself and grandma, my dad Kee Bian who’s the sixth eldest; uncles Kee Pheng and Kee Chiang, Jimmy; and spinster aunties Mary and Rosalind. Although they had all attended the premier Christian missionary schools of St Thomas’ and St Mary’s, they were all practising Buddhists since birth.

During their school days, they had attended church services at St Thomas’ Cathedral whenever it was part of the school programmes, usually at Easter and also at school openings and end of year blessing/worship.

I remember too that in the 1950s right up to the 1970s, there were no qualms about other non-Christian students taking part in such church worships.

I can’t really remember when this practice had stopped.

I was inspired to write this week’s column because this year, the Buddhist festival of Qing Ming and the Christian one of Easter fall within 10 days of each other – the earlier on April 5, and the latter on April 15. 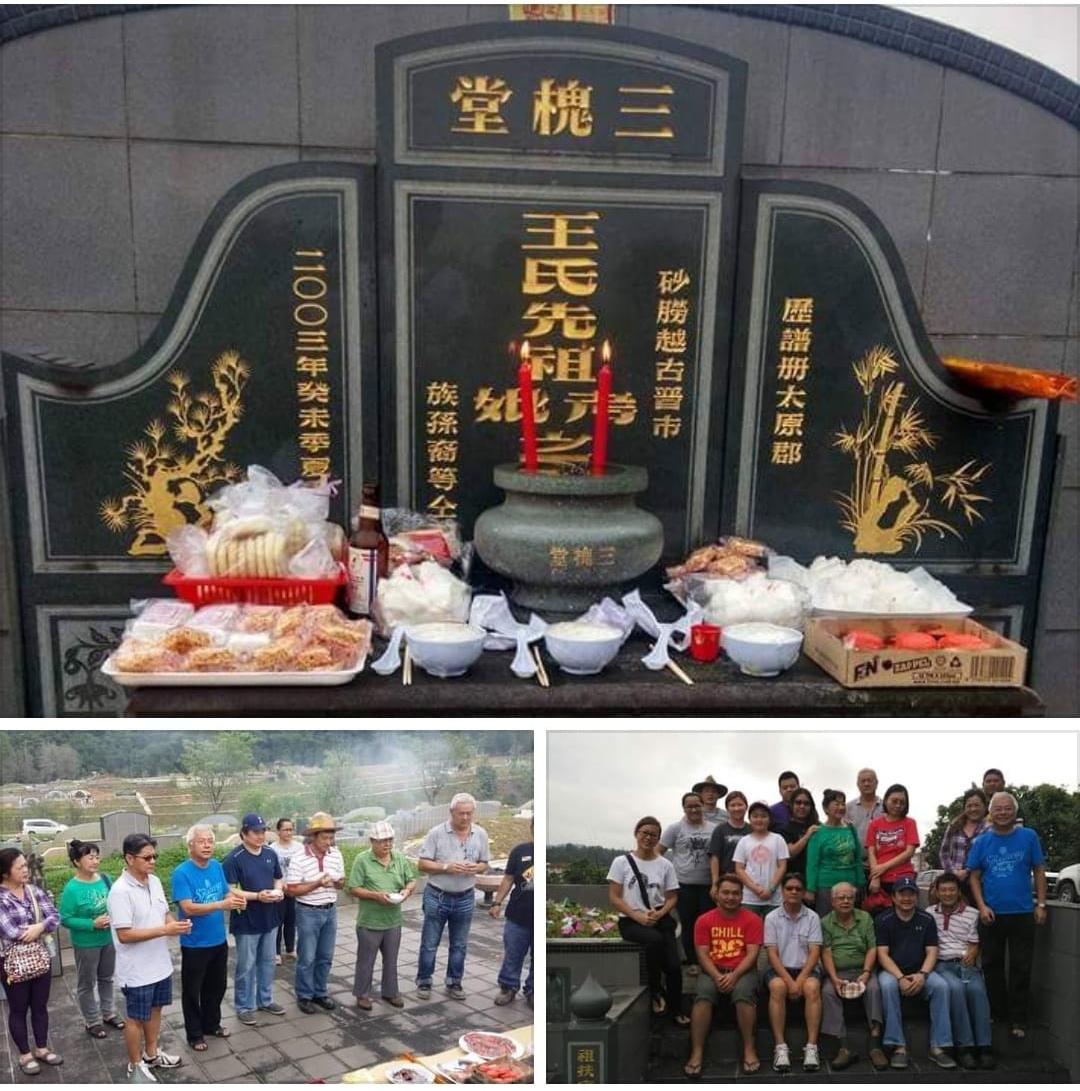 Most Buddhists do not believe in God. They worship the Buddha as a form of the greatest respect, focusing on achieving enlightenment – a state of inner peace and wisdom. When they do reach this spiritual status, they have achieved ‘Nirvana’.

According to the teachings of Buddhism, there are 28 Buddhas; for born-again Christians, they believe in the ‘Holy Trinity of the Father, the Son and the Holy Spirit’, as the one true God.

In the 1950s when I was just a little boy, there were already existing in Kuching quite a number of Buddhist temples, large and small; for the Christians, there were the two main Anglican and Catholic churches – St Thomas’ Cathedral and St Joseph’s Cathedral, respectively. It wasn’t until much later from the 1980s onwards that the other denominations like the Methodist, Baptist and other evangelical and charismatic churches had appeared.

This year’s Qing Ming festival, which usually lasts for two weeks, from between a week before and a week after April 5, will be the first time in two years since the Covid-19 standard operating procedures (SOP) restrictions were introduced on March 18, 2020. All current SOPs were officially lifted yesterday, on April 1, although it is still advisable to follow and abide by the use of face masks, social distancing and self-discipline in hand-washing and other SOPs in place, which are now advisory rather than enforced by law.

Qing Ming is for the Chinese worldwide a day for ‘Memorial’, often referred to as ‘Ancestors Day’, and widely observed by all overseas Chinese as well as those back on the Mainland of PRC. It falls yearly on the 15th day of the Spring Equinox, during which time Chinese families would visit the tombs of their ancestors to clean and sweep gravesites, pray and make ritual offerings of food as well as artifices of modern amenities (‘hellnotes’, paper-made replicas of smart phones, microwave ovens and even Mercedes Benzes are recently popular offerings from what I’ve seen on social media posts).

Besides the Lunar Chinese New Year Eve’s reunion dinners each year, Qing Ming is the only other festival deemed essential for those who have either transferred or migrated abroad to return home to pay their personal respects. In past years, most airline flights would be fully booked as overseas relatives would make it a point to travel back home.

Many Christians too, especially Catholics, do not find it at odds with their faith.

At mid-life, when I was 38 and busy with my own personal career at an international trading company, I had been born again – I had found Jesus and a life-changing event had turned my life around; from a non-practising Buddhist since birth to be baptised and confirmed as an Anglican at St Faith’s Church in Kenyalang in Kuching.

St Faith’s is part of the Anglican Diocese and an off-shoot of St Thomas’ Cathedral, the church of my youth that I had attended as a Buddhist student at the same school bearing its name for 13 years, in the 1950s and 1960s. 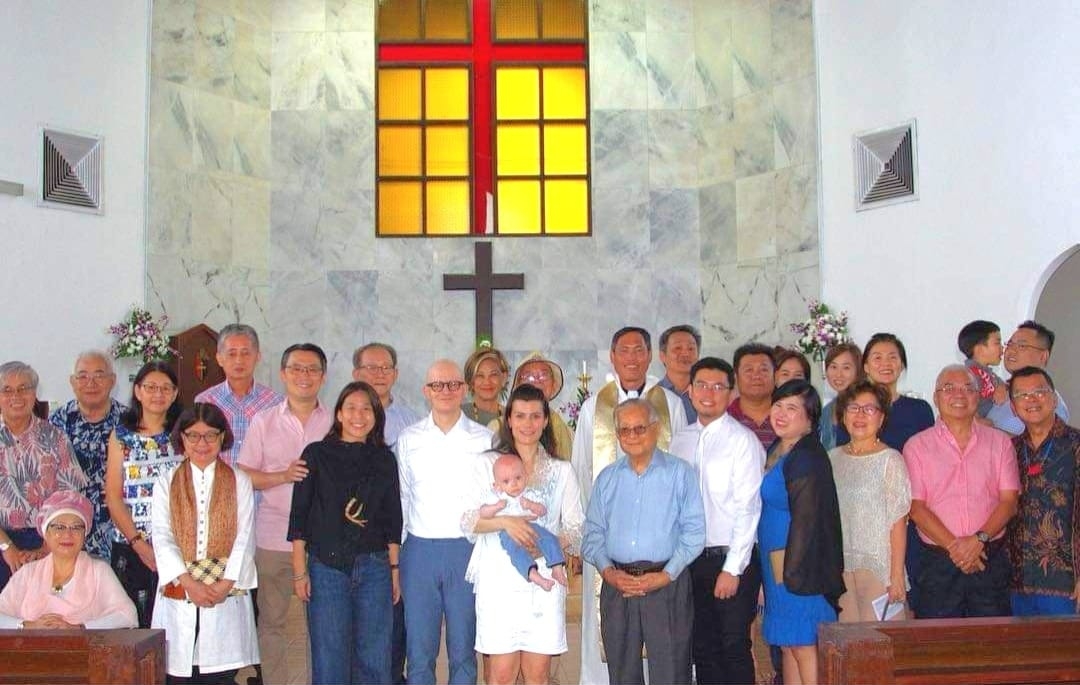 An infant baptism of an Ong family member at St Faith’s Church.

By the time I had become a follower of Christ, many members of the Ong family had already been baptised and confirmed as well; including my uncles Kee Hui, Kee Chong, Henry Kee Chuan as well as many of my cousins and many relatives.

Before becoming a Christian, Easter had a different meaning for me – as students, it had meant a long weekend holiday (in the 1950s/1960s, we had Fridays and Mondays off), Easter egg-hunts during children’s parties at the Club, and attending parties on Easter Sundays and so forth.

After being born again, we came to know the true meaning of Easter – it is the most important and oldest festival of the Church as it celebrates the resurrection of Christ, which is always held on the first Sunday after the first full moon following the Northern Spring Equinox (usually between the dates March 21 and April 25).

“He is not here; he has risen! Remember how he told you, while he was still with you in Galilee: ‘The Son of Man must be delivered over to the hands of sinners, be crucified and on the third day be raised again.”

As such, Easter Sunday itself is a time for great rejoicing for ‘He Has Risen’!

I became a born-again Christian at the ripe old age of 38, midway through a life well-lived and I am forever grateful for the revelation that came at a time when I was so very receptive to Christ.

I can only hope and wish and pray that you, dear readers, would find your own personal epiphany in this life sooner than later.

Happy and blessed Easter to one and all – May you be blessed and the Good Lord watch and keep you safe and well.

Previous ArticleFinance Ministry to start Budget 2023 engagement process, welcomes proposals from NGOs
Next Article Endemic Covid-19: Has the virus got the memo?