Saturday, December 3
You are at:Home»World»Ukraine claims Kyiv region as Russians pull back, bodies in nearby towns 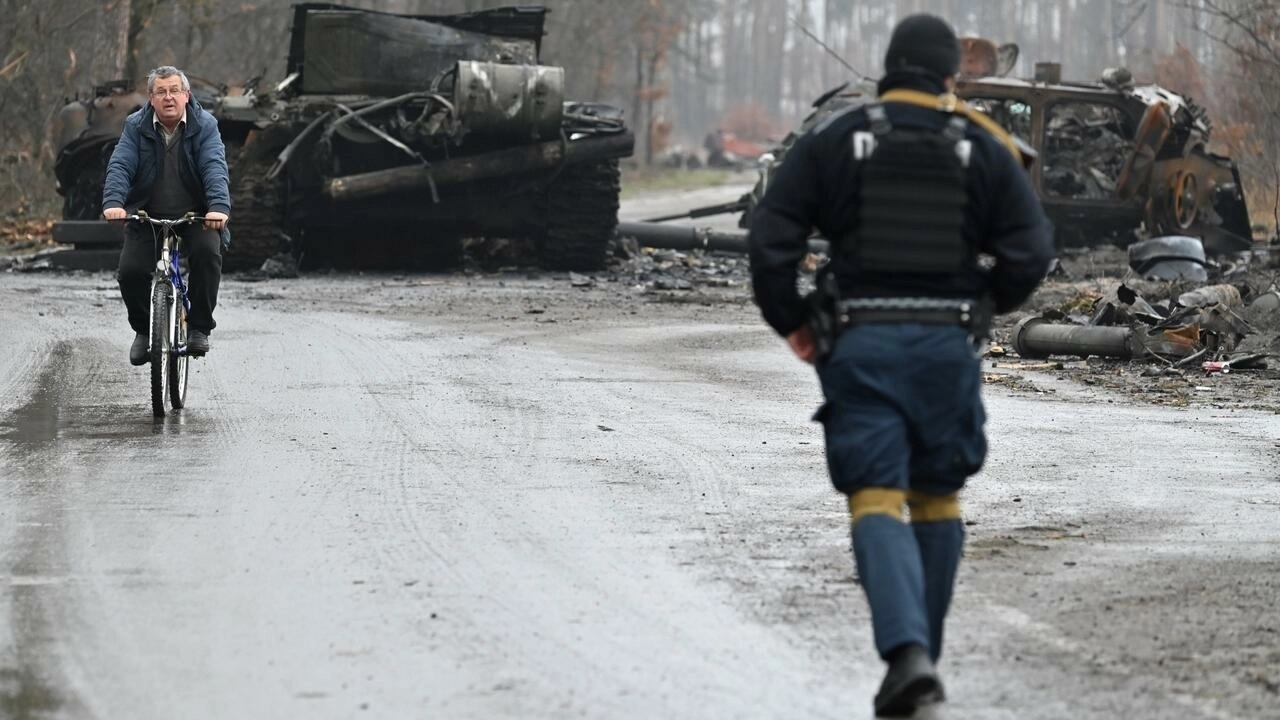 Ukraine estimates 20,000 people have been killed in the war so far. – AFP photo

KYIV (April 3): Ukraine said Saturday it has regained control of the Kyiv region, with Russian troops retreating from around the capital and Chernigiv city, as evidence emerged of possible civilian killings in areas the invading forces have been occupying.

AFP reporters saw at least 20 bodies on a single street in the town of Bucha near Kyiv, including one with his hands tied, and the body of a missing photographer was discovered in a nearby village.

“All these people were shot,” Bucha’s mayor Anatoly Fedoruk told AFP, adding that 280 other bodies had been buried in mass graves in the town.

As it withdraws from some northern areas, Russia appears to be focusing on eastern and southern Ukraine, where it already holds vast swathes of territory.

“Russia is prioritising a different tactic: falling back on the east and south,” Ukrainian presidential adviser Mykhaylo Podolyak said on social media.

“Without heavy weapons we won’t be able to drive (Russia) out,” he said.

“Irpin, Bucha, Gostomel and the whole Kyiv region were liberated from the invader,” deputy defence minister Ganna Maliar said on Facebook, referring to towns that have been heavily damaged or destroyed by fighting.

President Vladimir Putin ordered tanks into Russia’s pro-Western neighbour on February 24, and Ukraine estimates 20,000 people have been killed in the war so far.

More than 10 million have had to flee their homes.

Pope Francis spoke of “icy winds of war” again sweeping over Europe as he brought up the conflict Saturday at the outset of his trip to Malta — and made what appeared to be a barely veiled reference to Putin.

“Once again, some potentate, sadly caught up in anachronistic claims of nationalist interests, is provoking and fomenting conflicts,” the pope said.

A visit to Ukraine’s capital was “still on the table,” Francis added.

Ukrainian authorities said Saturday the body of a well-known photographer, Maks Levin, had been found near a village in the region around Kyiv that had been caught up in the fighting.

“According to preliminary information, unarmed Maxim Levin was killed by servicemen of the Russian Armed Forces with two shots from small fire arms,” prosecutors said in a statement on Telegram.

Levin, a 40-year-old father of four, had been reported missing on March 13; the body was found near Guta Mezhygirksa on April 1, officials said.

Non-governmental organization Reporters Without Borders said Levin was the sixth journalist killed in the war.

Another NGO, OVD-Info, said Russian police detained 211 people Saturday in several cities, including more than 20 people in a Moscow park under heavy snowfall, at protests against the country’s military operation in Ukraine.

In Bucha, 16 of the 20 corpses found on one street were lying either on the pavement or by the verge. Three were sprawled in the middle of the road, and another lay on his side in the courtyard of a destroyed house.

An open Ukrainian passport lay on the ground next to the person who had his hands tied behind his back with a piece of white cloth. Two other people had white cloth tied around their upper arms.

All were wearing civilian clothes — winter coats, jackets or tracksuit tops, jeans or jogging bottoms, and trainers or boots.

Ukrainian troops, meanwhile, were seen patrolling in armoured vehicles and on foot through the ravaged town, where some women wept as they stood outside their homes.

The International Criminal Court has already opened a probe into possible war crimes committed in Ukraine, and several Western leaders, including US President Joe Biden, have accused Putin of being a “war criminal”.

Russia’s efforts to consolidate its hold on southern and eastern areas of Ukraine have been hampered by the resistance of Mariupol despite devastating attacks lasting weeks.

At least 5,000 residents have been killed in the besieged southern port city, according to local officials, while the estimated 160,000 who remain face shortages of food, water and electricity.

Dozens of buses carrying Mariupol residents who had escaped the city earlier arrived Friday in Zaporizhzhia, 200 kilometres (120 miles) to the northwest.

The convoy brought people who had been able to flee Mariupol to Russian-occupied Berdiansk.

“My house was destroyed. I saw it in photos. Our city doesn’t exist anymore,” said Olena, who carried her young daughter in her arms.

The International Committee of the Red Cross (ICRC) said its team headed to Mariupol to try and conduct an evacuation but was forced to turn back Friday.

The ICRC said its team left again on Saturday, bound for Mariupol to make another attempt.

“They are spending the night en route to Mariupol and are yet to reach the city,” an ICRC spokesperson said.

“The occupiers used light and noise grenades and opened mortar fire on the residents, four people were injured and severely burned,” she said. – AFP