Tuesday, September 27
You are at:Home»News»Sarawak»Five-metre-long python terrorises septuagenarian in Miri 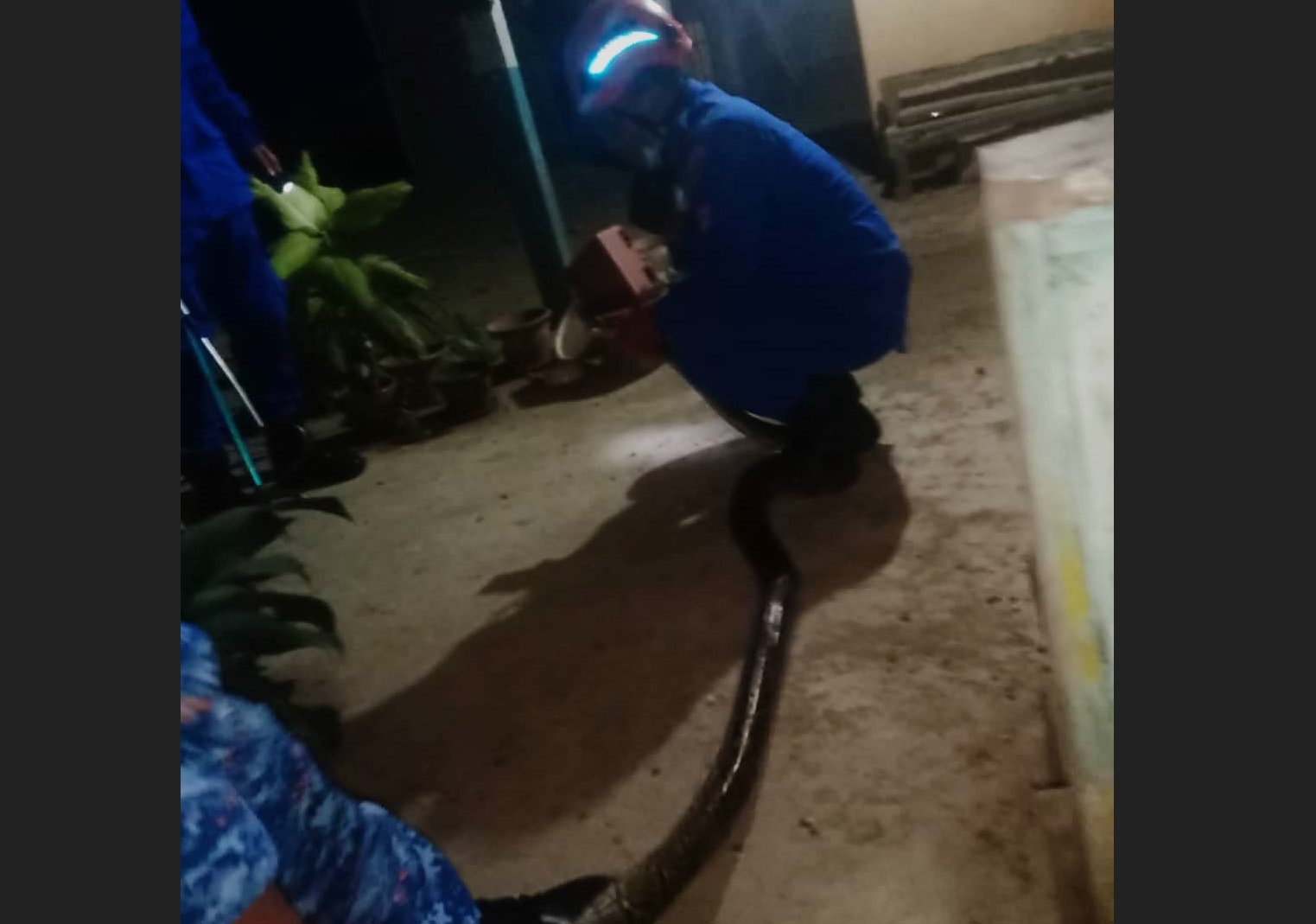 APM personnel are seen with the python caught outside the house.

MIRI (April 5): When a Kampung Lereng Bukit villager heard her chickens clucking in distress late last night, she quickly went to check what was going on.

She soon discovered a five-metre-long python had positioned itself by the side of her house.

The quick-thinking 74-year-old then contacted the Miri Civil Defence Force (APM) to ensure her chickens did not become the slithery uninvited guest’s dinner.

“Upon arrival at 10.43pm, the squad members were informed by the complainant that she had gone to check the backyard after hearing her chickens clucking and saw the snake by the side of her house.

“The squad conducted a check in the backyard and found the python outside,” he said in a statement.

The squad members then captured the reptile using snake tongs.

They later released the python into jungle.