Tuesday, February 7
You are at:Home»Columns»Nature Matters»Has the Tasmanian tiger actually disappeared or is its rebirth imminent?
For the freshest news, join The Borneo Post's Telegram Channel and The Borneo Post on Newswav. 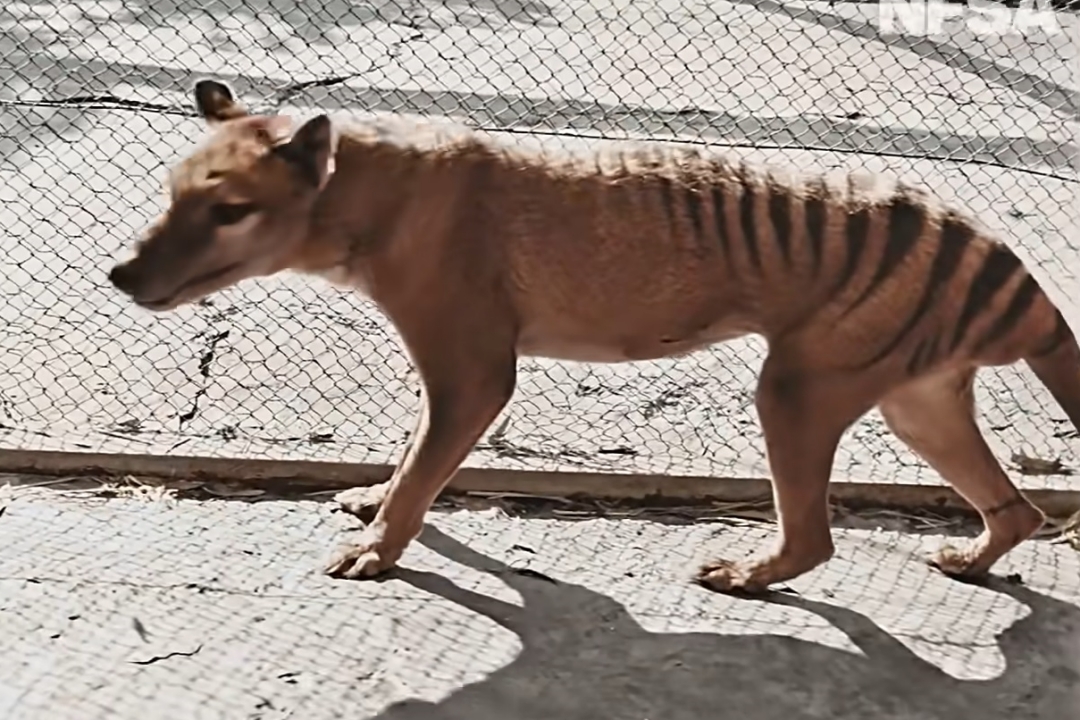 EXACTLY a month ago, I mentioned, in my article on ‘A mammoth undertaking’, that it is possible for the Tasmanian tiger to be recreated using DNA genetic synthesising. With further research I have found that this is well underway and that once the impossible now seems highly probable. By using DNA from its closest living relative, the numbat, Australian scientists genuinely believe that the Tasmanian tiger (proper name – the Thylacine), as a species can be brought back to life.

Geneticists at the University of Western Australia and DNA Zoo Australia based in Perth have recently produced a 3D genome map of the Australian numbat. This involved identifying the genome from these animals at Perth Zoo and comparing them with a DNA sample from 112-year-old ethanol preserved Tasmanian tiger cub.

The two sets of chromosomes display extraordinary similarities, and these research scientists are very close to producing a full genetic code for the Tasmanian tiger. Once this has been achieved, the Tasmanian tiger’s chromosomes will be inserted into a numbat’s egg cell with the nucleus removed, thus permitting the new DNA to act as the egg’s genetic blueprint.

This is what cloning is all about.

What will be the behavioural and dietic characteristics of the marsupial produced? The Tasmanian tiger is essentially carnivorous and the numbat insectivorous! What have these two now diverse animals have in common ancestry?

Its proper name, Thylacinus cynocephalus, is derived from the Greek ‘thylakos’ meaning pouch. From fossil evidence this animal existed in mainland Australia, Tasmania, and New Guinea about two million years before the present. Even 1,000 years BC it was depicted in Aboriginal art and engravings on and in rocks.

When the first Europeans landed on this continent, thylacines were already extinct apart from Tasmania. The explorer, Abel Tasman, in 1643, upon stepping ashore in Tasmania noted footprints of ‘wild beasts having claws like a Tyger’! Europeans noticed its tiger stripped markings on its lower back.

It was its short-haired, dog like structure with a stiff tail that accorded it another name, the Tasmanian wolf. About 100cm to 130cm long with a long tail of between 50cm and 65cm, it weighed between 12kg and 22kg. Its skull closely resembled that of a red fox with bodily colourations varying from light fawn to dark brown with cream-coloured undersides.

Muscular jaws, opening to 80 degrees, revealed a large set of dentures yet it relied on its strong sense of smell when hunting. It had all the characteristics of a wolf-like animal apart from its ability to balance on its hind legs, aided by its long tail for support, allowing it to stand upright for observational purposes not unlike a kangaroo. Detailed analyses of skeletons have suggested that the thylacine relied more on stealth and stamina than speed whilst hunting.

Little is really known about this mammal, for it was nocturnal, spending its daylight hours sleeping in small caves or in nests, retreating to the forests and nearby hills by day and hunting in scrublands by night. With little actual contact with humans, it was erroneously thought that they hunted lambs and sheep, but they preferred smaller prey such as flightless birds, rabbits, chicken, and possums. Much misinformation passed around early settlers such as ‘sheep eaters’ and thus extensive culls took place.

It appears that the peak breeding season of these animals was in winter and spring with the female producing two to three ‘joeys’, which she carried in her pouch for up to three months and then protected them until they reached up to adult size. Their life expectancy was no more than five to seven years.

Some researchers maintain that thylacines were near extinction in mainland Australia by about 3,000 years ago. Others suggest that this animal existed in South Australia, in the Flinders Range and in the Blue Mountains of New South Wales as recently as the 1830s. A more recent study has suggested that whilst dingoes were a contributory factor to the demise of the thylacine, it was human population growth and abrupt changes in climate that eventually led to the thylacines’ extinction in mainland Australia. However, this animal survived in Tasmania until Sept 6, 1936 when the last living thylacine, named ‘Benjamin’, accidentally died in Hobart Zoo, having been locked out of his sleeping area in freezing night temperatures.

In 1986, 50 years after ‘Benjamin’s’ death, this marsupial was declared extinct yet there have been numerous unconfirmed sightings of this animal in mainland Australia and in Tasmania. No sightings have been confirmed by night camera traps although it may just be possible that thylacines may still exist in very remote areas of this vast continent.

What of the numbat? 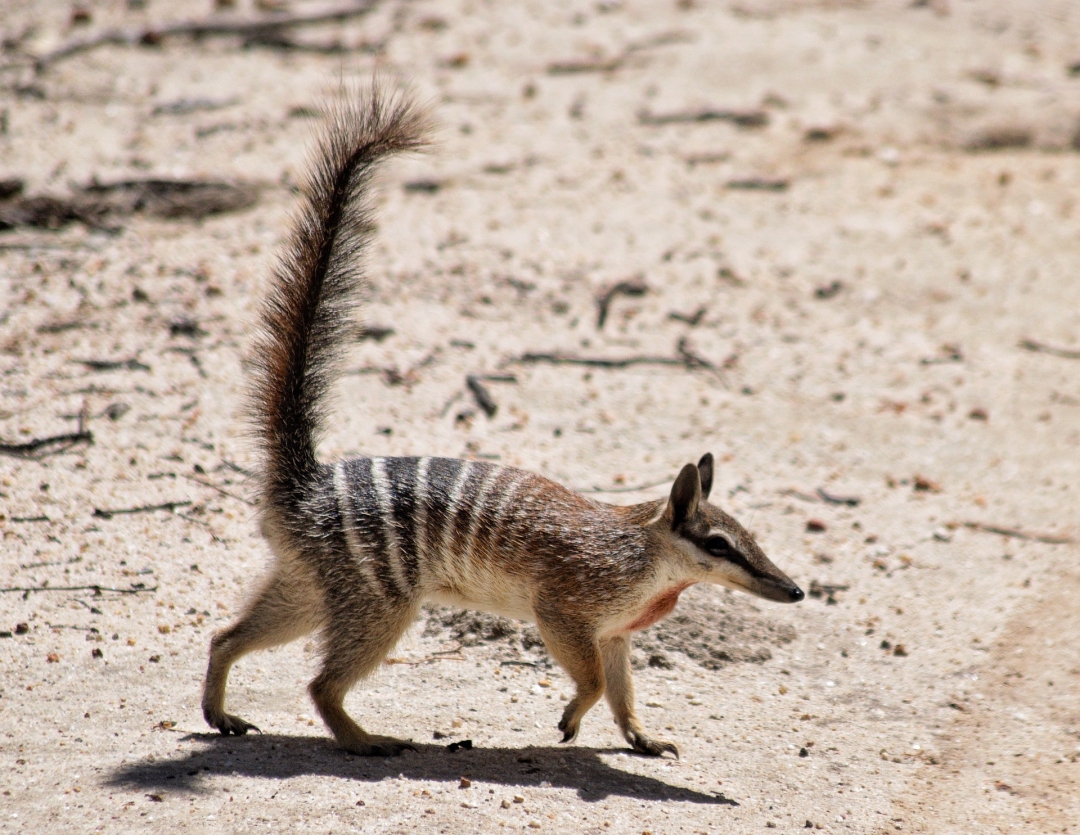 Like the Tasmanian tiger, the numbat is a member of the Dasyuromorphia order. – Photo by Terri Sharp/Pixabay

Its genomes, as we learn, are similar to that of the Tasmanian tiger for they are both members of the Dasyuromorphia order, which diverged between 32 and 42 million years ago. It resembles a squirrel in bodily shape and is between 35cm and 45cm in length with a bushy tail the same length as its body. Varying in colour from grey to reddish brown, with four to 11 white stripes across its hindquarters, it weighs from 280 grams to 700 grams.

Unlike the Tasmanian tiger, the numbat is diurnal in its habits and also insectivorous with its long, narrow tongue laced with sticky saliva to devour termites. Using scent trails to search out termites, it also has acute vision.

Once widely found across the continent from Western Australia to New South Wales, its numbers rapidly declined as European colonisation took place. Today, about 1,000 exist in the wild and are found in the eucalyptus forests reserves in Western Australia and in protected areas of South Australia, New South Wales as well as in zoos. It is classified as an Endangered Species on the International Union for Conservation of Nature (IUCN) listings of animals.

As mentioned earlier, the alternative name of banded anteater is misleading for it thrives on devouring almost 20,000 termites per day! With sharp digging claws, it waits for the termites to become active and attacks them between their feeding sites and concrete-like mounds. At night the numbats sleep in nests in a tree hollow or underground burrow blocking the entrance to predators with their thick rumps.

Breeding in the late Australian summer, they produce a litter of four measuring 2cm each after a gestation period of only 15 days. These feed off their mother’s milk until mid-winter, when they reach about 7.5cm in length and finally become fully independent during the next summer. Unlike other marsupials, the numbat does not have a pouch, so its young are carried around by clinging to their mother’s back. As diurnal animals, numbats are prone to attacks from eagles, goshawks, sparrow hawks, red foxes, feral cats, and even carpet pythons.

The numbat is the faunal emblem of Western Australia and in 1845 was encapsulated in a beautiful painting by HC Richter in J Gould’s publication of ‘The Mammals of Australia’.

I do hope that the Tasmanian tiger may be brought back from extinction with the help of the numbat, but a big question remains for will it behave like one and have an inbuilt understanding of how to survive in the wild? At present, such a question is unanswerable but with careful breeding and time well spent in reserves, it may finally be released into the Australian wild. We will see!