Monday, May 23
You are at:Home»Columns»Uncle DI»What the mousedeer says about us 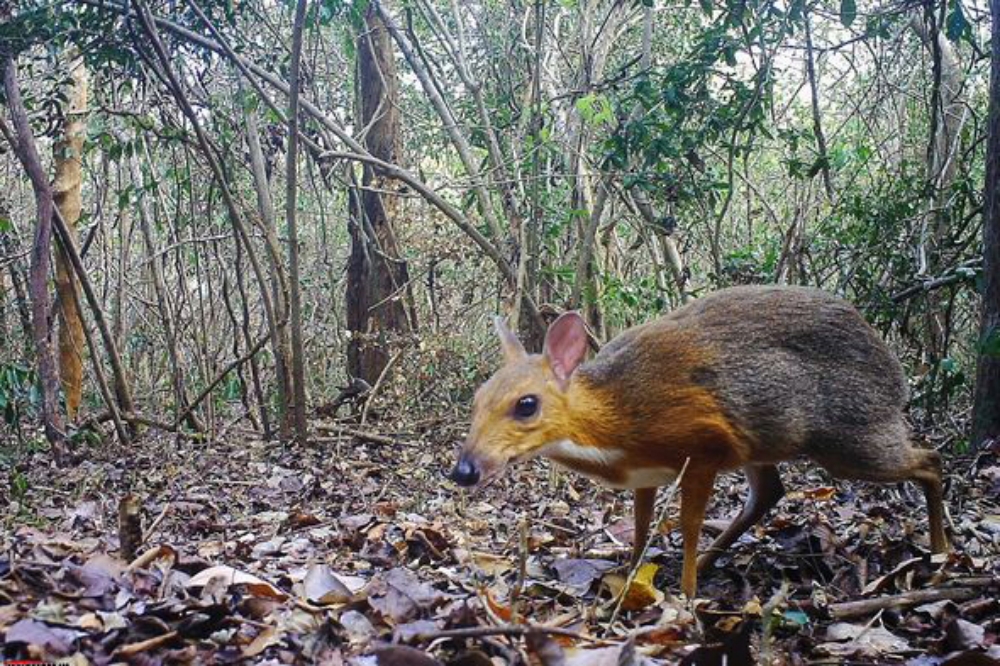 Humans should learn from the good side of the mousedeer. — AFP photo

AMONG the many folktales of the Iban and the Malays of Sarawak, there are several stories about the ‘pelandok’ / ‘kancil’ (mousedeer).

Hereinafter, we shall humanise the animal.

My late mother used to tell us children that the pelandok has the habit of finding fault with humans.

He has the reputation of being cunning and full of tricks. If you catch one in your trap, its body cold and his body lifeless, don’t believe that he is dead. He will spring to life and run away.

The Iban and the Malays call this incident ‘puteh mata’. I had the misfortune to experience this ‘puteh mata’ years ago.

Fortunately, I caught a mousedeer again the following day. Was it the same pelandok, I was not sure. It’s true what the Malay proverb says: ‘Kancil lupa jerat, tetapi jerat tak lupa kancil’ (the mousedeer often forgets the trap, but the trap never forgets the mousedeer).

Despite the bad name, there is another side to the pelandok that is worth noting – its habit of exaggerating things may, in certain situations, be a good lesson in life.

My late mother never failed to remind us children not to leave food half-eaten and to be careful not to drop grains of rice on the floor. She warned that the pelandok might come.

Why? Because the mousedeer would make up stories disparagingly of human behaviour.

According to this particular tale (Balau / Sebuyau version), the mousedeer is fond of watching how people eat.

A grain of rice drops on the floor! The mousedeer will pick the grain, stick it to his knees and off he goes to the rice deity reporting that human beings are a wasteful lot.

He has walked, he says, through a pile of cooked rice as high as his knees, and the grain of rice on the knee is clear evidence of waste; of human beings’ disrespect for the soul of the rice.

He therefore advises the god to punish rice farmers by not granting them a good harvest the following season.

Did that make us children behave? Sometimes we did, sometimes we didn’t, depending on the circumstances. Even in the midst of the meal when friends wanting company for a swim, we would just leave the food in the larder. By the time we came back from the swim, sometimes for hours in the water, the food had gone cold or ‘bari’ (bad).

Malaysians eat too much

I have kept a cutting from a newspaper report by Bernama, which was quoted by The Borneo Post of Nov 9, 2009. A good friend, the late SM Mohamed Idris, former president of the Consumers Association of Penang was holding a press conference to show to reporters the various food items that had been thrown away by some well-known hotels in Penang. He was appealing to the government to hold a campaign to advise against food wastage. He also appealed to the restaurants to impose a fine on the consumers who would not finish food ordered.

Has our eating habit changed? Not in Kuching anyway.

Before Covid-19 came to town, I had the privilege to be invited to a party to celebrate the anniversary of some relative’s birthday, held in a hotel.

I couldn’t believe my eyes when seeing the amount of perfectly good food left uneaten, later thrown into the trash bins for final disposal. The fried rice that came last (the ninth item on the menu) was hardly touched.

I asked the waiter if he was allowed to take away the food – with permission from the management, of course. He replied that it was the hotel’s policy to discourage its staff to take leftovers home.

The soft drinks were half drunk. Not the same with the alcoholic drinks, though; not a drop of it was left unconsumed by 11 o’clock that night.

After the relaxation to the restrictions on people’s movement imposed in compliance with the standard operating procedures (SOP) during the coronavirus pandemic, many eateries in Kuching were open for business.

The food vendors are so happy to get their business back slowly after a long slack of customers.

They are being generous with noodles and rice than with meat or fish.

I love to have a bowl of ‘mee’ at my favourite stall. More often than not, I cannot finish the whole lot – such a big helping! A case of waste that our mousedeer above would have instantly reported to the ‘wheat deity’.

At one nameless restaurant, as I walked towards the washrooms and passed by several empty dining tables, I saw oodles of noodles! Why didn’t they ‘tapau’ (pack as takeaway) those?

In many cultures, it’s not the norm to ‘tapau’ the ‘alang alang’ (in terms of food, mere morsels). Put all the half- eaten food in bags, multiply them by the number of eateries from which the food items have been collected, and multiply by the number of days, and months of the year, you would get tons of food thrown away every day — food that can feed many people who need proteins and carbohydrates badly!

It seems that many of us are not thinking about those people; we are thinking about our own stomachs. Not too bad if these leftovers were given to the hungry fowl and animals, but most food items are just simply discarded.

Yesterday, I ordered for my drink a fresh coconut. It cost RM4.50. I could not finish eating the flesh because it was tough and good for grating into ‘santan’ (coconut milk).

I had wasted perfectly good food.

If the meeting finished in the afternoon, there was food again before departure.

Why do we waste so much food?

It has become part of the culture of the people in this part of the world, it is argued.
I say it is a culture that we can do without.

My dear readers, please tell Malaysians about the mousedeer.

He is watching you! That’s food for thought.

Previous ArticleHas the Tasmanian tiger actually disappeared or is its rebirth imminent?
Next Article Experts: Constitutional amendment ensures all aspects of legislation are complied with