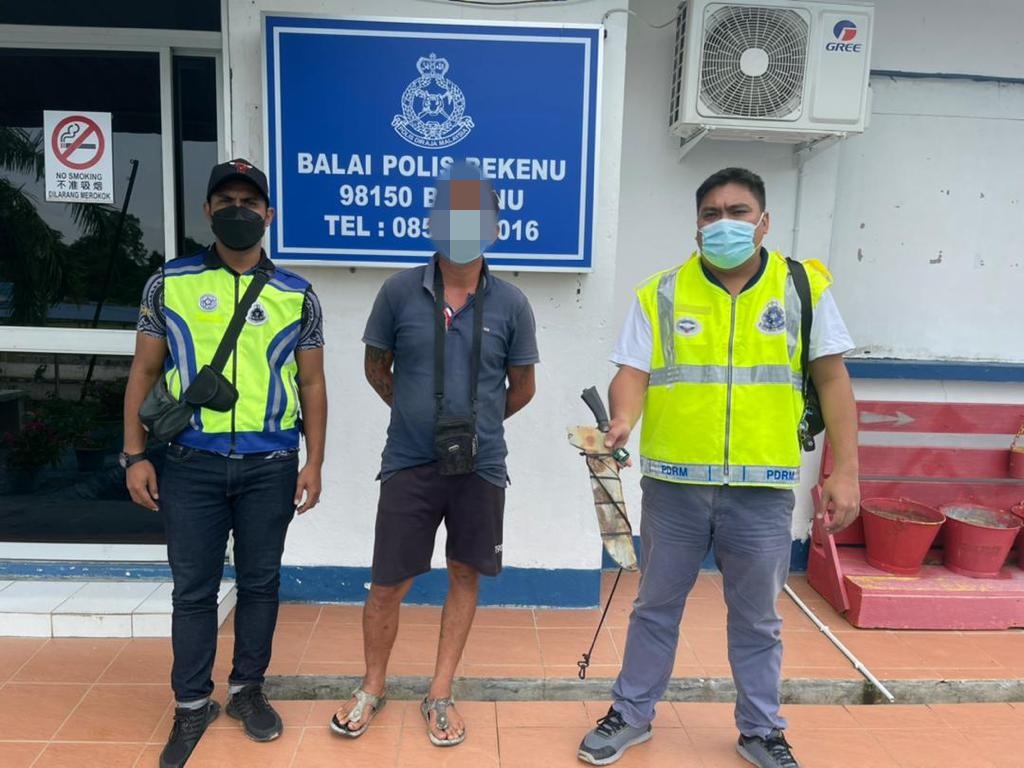 Police personnel with the suspect. Also seen is a machete seized during the arrest.

MIRI (April 11): A 34-year-old man was arrested for allegedly threatening to lace the rice stored in his family’s longhouse at Sungai Kelitang, Bekenu here with poison after his elderly father refused to give him money.

The suspect was arrested in less than two hours, following a police report lodged by the father at the Bekenu police station.

It is learned that the incident took place last Friday around 9am, when the suspect went on a rampage after his father refused to give him any money.

The suspect then threatened that he would put poison into the jar of rice stored on his family’s kitchen shelf.

Acting on the report, a team from the Miri Criminal Investigation Division arrested the suspect and brought him to the central police station here for further action.

He said the case is being investigated under Section 506 of the Penal Code for criminal intimidation.