Tuesday, February 7
You are at:Home»News»Sabah»Syndicate stopped from smuggling RM624,000 of petrol to Philippines
For the freshest news, join The Borneo Post's Telegram Channel and The Borneo Post on Newswav. 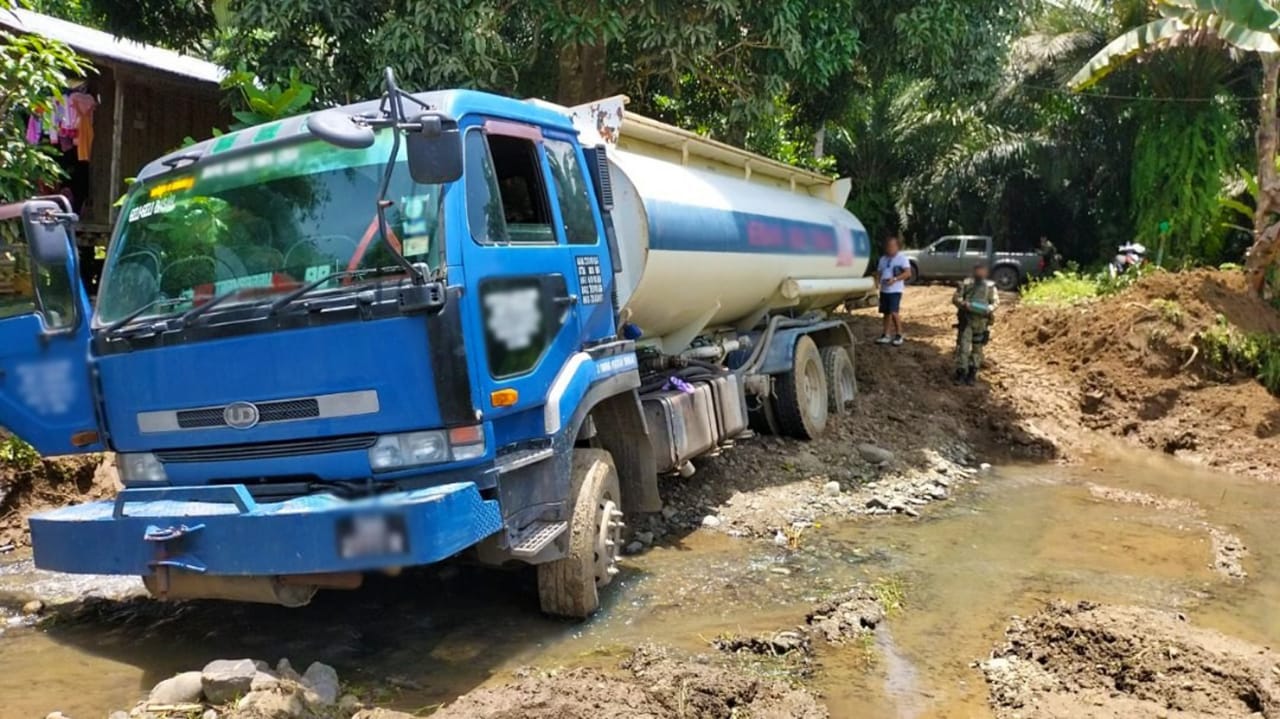 One of the lorries caught for carrying contraband petrol.

LAHAD DATU (April 13): Security forces foiled an attempt by a smuggling syndicate to smuggle 60,000 litres of petrol worth RM624,000 to the Philippines with the arrest of six men near Kampung Bakarat beach near here on Monday (April 11).

Joint Task Force 2 (ATB 2) commander Brig Gen Abdul Karim Ahmad said the arrest of five locals and a Filipino, aged between 23 and 54, was made after eight military personnel and two policemen who were on the Ops Pasir Sektor Delta routine patrol spotted three oil tankers at 11.30am.

“All these lorries were stuck on a muddy road in an oil palm plantation near Kampung Pantai Bakarat and this raised our suspicion. Besides, personnel on duty also noticed the presence of a barge anchored not far from the location.

“Further investigation led to the arrest of all suspects who failed to produce documents or permission to carry controlled goods from the Ministry of Domestic Trade and Consumer Affairs (KPDNHEP).

Abdul Karim said an investigation carried out by the Eastern Sabah Security Command (Esscom) Operations Centre found that there was no refill schedule at Pos Merabung, thus suspecting an attempt to smuggle petrol to a barge on Lahad Datu beach.

“The Marine Police Force was then deployed to the location but the barge had already fled,” he said, adding that the case would be investigated under the Supply Act 1961.