Friday, July 1
You are at:Home»News»Nation»Barter trade to be revived in Labuan 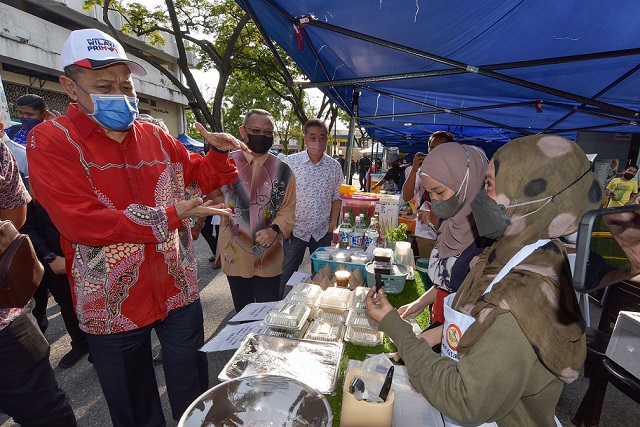 To this end, he said the Federal Territories Ministry will be submitting an application to the relevant ministries.

“During the heydays of the trade, Labuan’s economy was good, so we will apply for the revival of the barter trade.

“We in the ministry will listen to people’s views and do whatever we can to revive Labuan’s economy,” he told reporters after witnessing the signing of several memoranda of understanding (MoUs) between Labuan Corporation, University Malaysia Sabah Labuan International Campus (UMSKAL) and several business establishments here on Thursday.

Shahidan said the revival of the trade would create more jobs as well as generate incomes and new business opportunities for eateries and hoteliers.

Meanwhile, he said that the Federal Territories Ministry is looking into ways to stabilise the prices of consumer goods which have become a financial concern for Labuan residents.

“We have been made to understand that the high shipment charges are the main cause for the high price of goods in Labuan.

“There are many other factors that had led to the rising prices of goods, like too many cargoes (imported) but not many ships calling at the Labuan Port, as such, we are trying to get rid of the monopoly in the shipment of goods to this island, as this can lead to unstable prices,” he said.

Shahidan also said that Labuan’s oil and gas sector, seen as the most important economic growth driver for the island, would continue to receive assistance.

“We want multinational companies operating in Labuan to continue to operate, and we will facilitate anything related to their operation,” he said.

Meanwhile, the Indian Chamber of Commerce and Industry chairman Datuk Dahlif Singh said efforts to revive the barter trade must continue as Labuan’s economy is in dire need of assistance.

“The island’s economy has been feeling the pinch since barter trade was halted in 2016 after more than four decades in operation (since the 1970’s).

“Labuan has been drowning since the stop order for the barter trade,” he said.

During the heydays of the trade, hundreds of tonnes of copra were imported and exported, while the Filipino merchants would fill their kumpits (long-wooden boats) with textiles, jeans, canned products and electrical appliances on their return trip.-Bernama