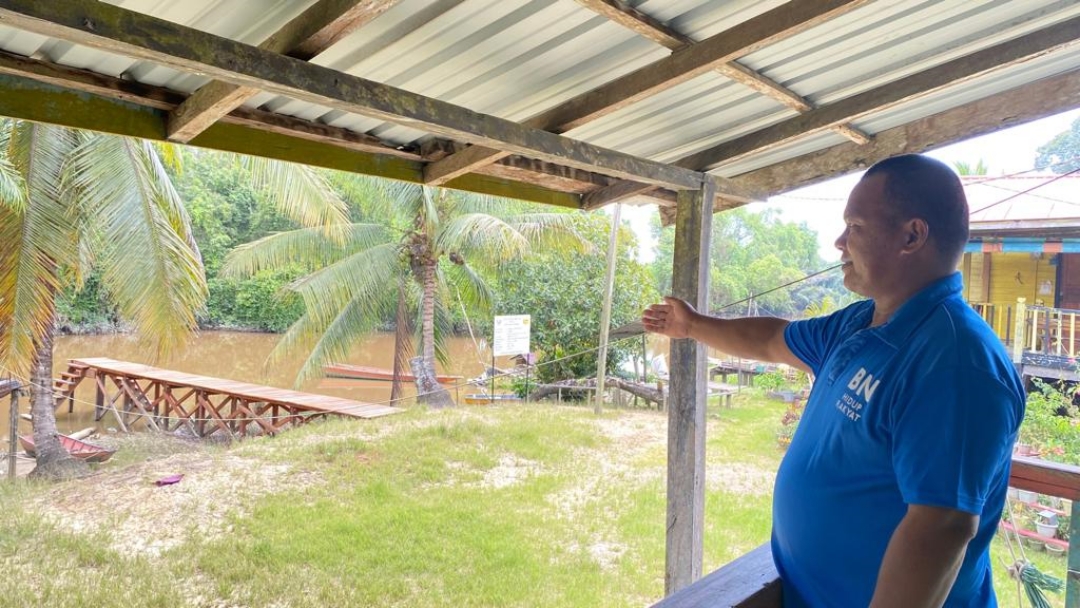 Mohamad Nor points at the jetty right in front of his house.

MIRI (April 15): A villager in Kampung Mutap in Bekenu here was puzzled over the building cost of the belian timber jetty that sparked controversy last week.

Mohamad Nor Tambi, 45, claimed that the villagers were not even informed of the RM50,000 price tag to build the jetty until it was all over the news when the Public Works Department (JKR) issued a statement on Facebook on April 6.

“It was not only the netizens that questioned the actual cost of the project. I also questioned it. Initially, I did not know why it was a controversial issue until I read online about the cost which was said to be RM50,000,” he told Utusan Borneo when met today.

Mohamad Nor also said that he was shocked upon learning about JKR’s explanation on the breakdown cost of the project, which it said was due to the use of belian timber, and that the project took two months to complete.

He said he and the villagers were also surprised that the project, which was initially scheduled to be completed in three months, was actually completed within three days.

He said he was made to understand that the cost to bring the timber from a factory in Miri was only RM10,000, and weighed not more than two tonnes.

“I believe that it would not have become an issue if the cost was only RM30,000,” he pointed out. 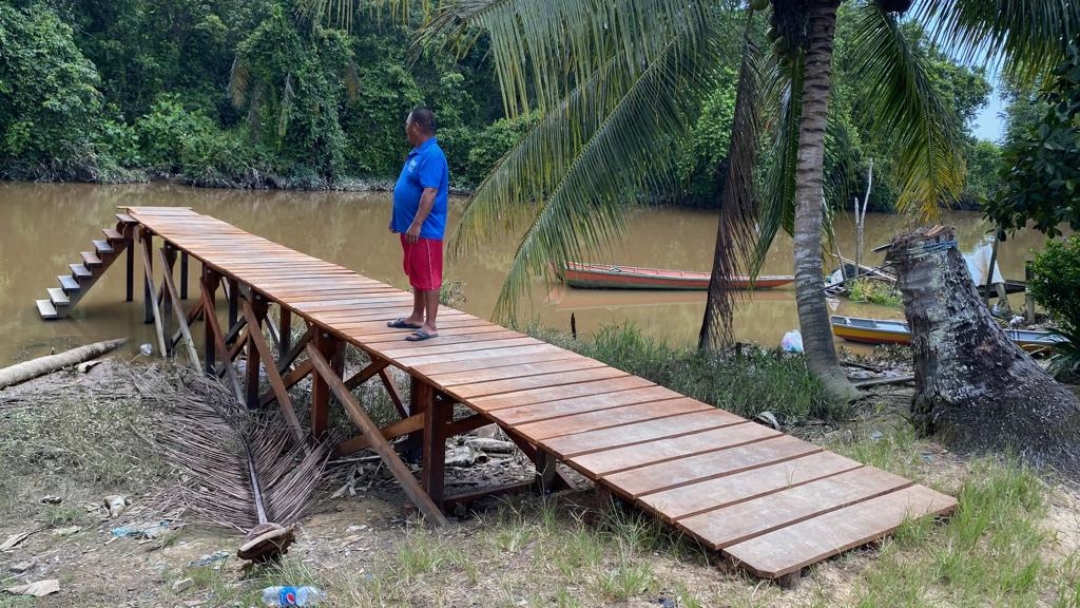 Mohamad Nor on the jetty.

Mohamad Nor also claimed that the villagers were not happy with the completed jetty, and doubted its safety features.

He said a jetty should have handrails, fences and roofing over it for safety and comfort of those using it.

“We also opined that this jetty does not have enough beams. Luckily, it has two stairs, otherwise it would not be stable,” he said.

Mohamad Nor said Kampung Mutap villagers hoped that the Sarawak government would improve the safety features of the jetty, such as installing roofing, handrails and fences.

Last week, the timber jetty sparked controversy on social media after it was said that the cost to build it was RM50,000.

This prompted JKR Miri to issue a statement on April 6 to explain that the cost estimation to build it was made based on its schedule of rate for the year 2020 with the rate of RM9,000 per metre cube for the belian timber used for the construction, which is lower than current market price.

The department said that the cost estimation for the Rural Transformation Programme (RTP) project also took into account the condition of the road access, which is an estate road, to Kampung Mutap, logistics and safety as the area is infested with crocodiles.