Tuesday, December 6
You are at:Home»News»Sabah»PBRS expected to get more seats in GE15 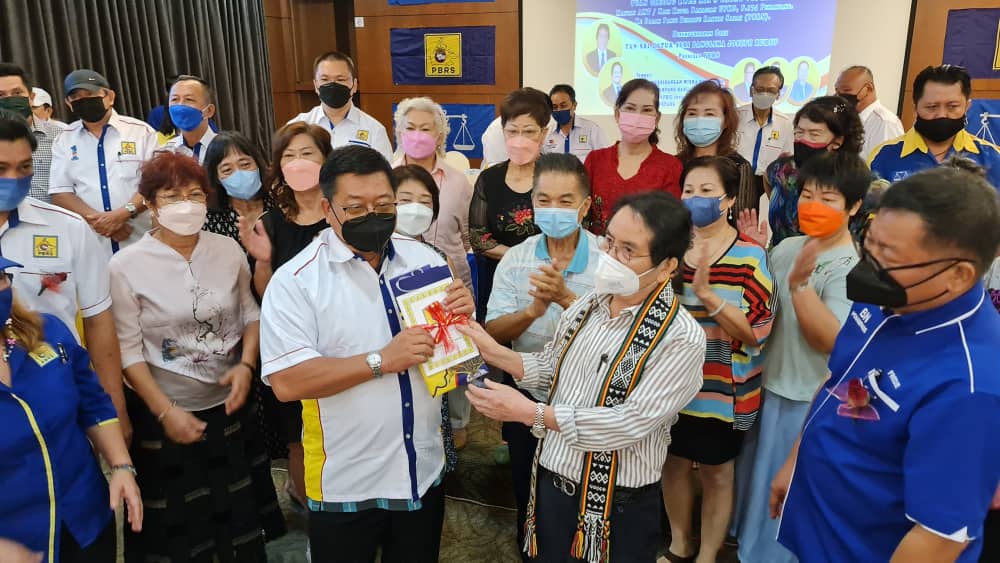 The senior politician said with unity, PBRS will be victorious in the seats it is expected to contest in the election.

According to him, PBRS, one of the component parties which remains in Barisan National (BN) is expected to get more seats in the GE15.

Thus with unity among party members, they can work hard towards the success of PBRS’ candidates, said Kurup when accepting the membership applications from former UPKO Penampang members here on Saturday.

Speaking to reporters later, Kurup explained that unity is very important in whatever people do especially when facing issues and resolving them.

“This means not only uniting those of the KDM ethnicity but all races in Sabah. In fact there are signs that the rakyat in Sabah want to be united, especially under PBRS because they understand the principles of what we are fighting for.

This is reflected with the 259 new applications to join the party from the Chinese community … that they understand our principles,” he stressed.

Kurup also said that there will be more people joining the party in the future and several UPKO divisions are in fact waiting for PBRS to go down to their areas and launch its divisions there so that they can join the party.

“I didn’t expect them to say the presence of PBRS must be felt in Tawau,” said Kurup, adding that PBRS was successful in setting up five branches there

When asked about PBRS’ chances of winning should it contest in the Penampang parliamentary seat, Kurup said that they can win especially when the members there work together.

Meanwhile on the Anti-Party Hopping Bill which will tabled in Parliament in July, he said PBRS will support it.
Party hopping by elected representatives will result in political instability in Sabah.