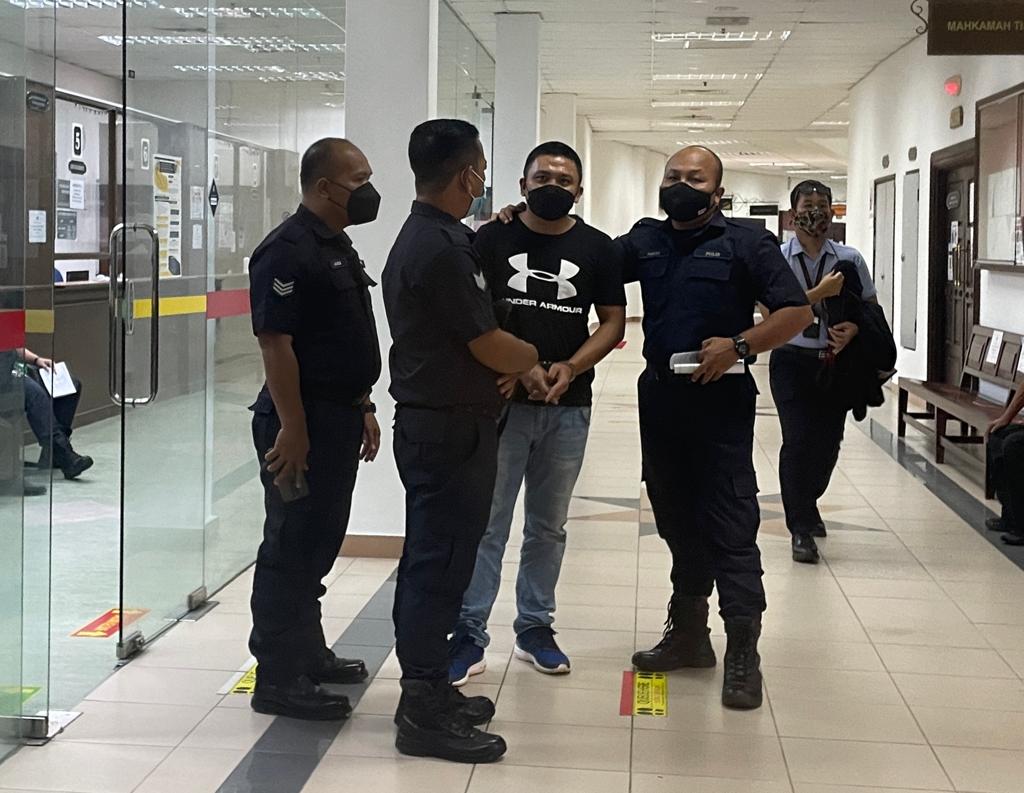 The accused (third left) seen at the Kuching Court Complex.

Phil Baxter Wilson Thomas, 38, pleaded guilty as soon as the charge under Section 26J of the Anti-Trafficking in Persons and Anti-Smuggling of Migrants (Atipsom) Act 2007 was read to him by a court interpreter.

The accused was charged with transporting three Indonesians in a vehicle at 11am on June 3, 2021 near Serian Recreational Park.

According to the facts of the case, enforcement personnel carrying out Op Benteng Covid at Jalan Serian-Tebedu had spotted the accused’s car and proceeded to trail him before stopping him at Serian Recreational Park.

An investigation found that the three Indonesians in the accused痴 car had been brought into the state by an agent via an illegal route.

After reaching Tebedu, the migrants were told to wait at a roadside and were then picked up by the accused.

All three migrants were without passports and checks with the Immigration Department found that none of them had any record of entering Malaysia.

In mitigation, the accused informed the court that he has three children to support and does not have a permanent job.

He also informed the court that at the time, he had to pay for internet data for his children’s online classes.

Deputy public prosecutor Ruthra Raj prosecuted the case before Judge Dr Alwi Abdul Wahab, while the accused was not represented by counsel.