Tuesday, October 4
You are at:Home»News»Sarawak»Minister sets sight on tourism beyond Covid-19 pandemic 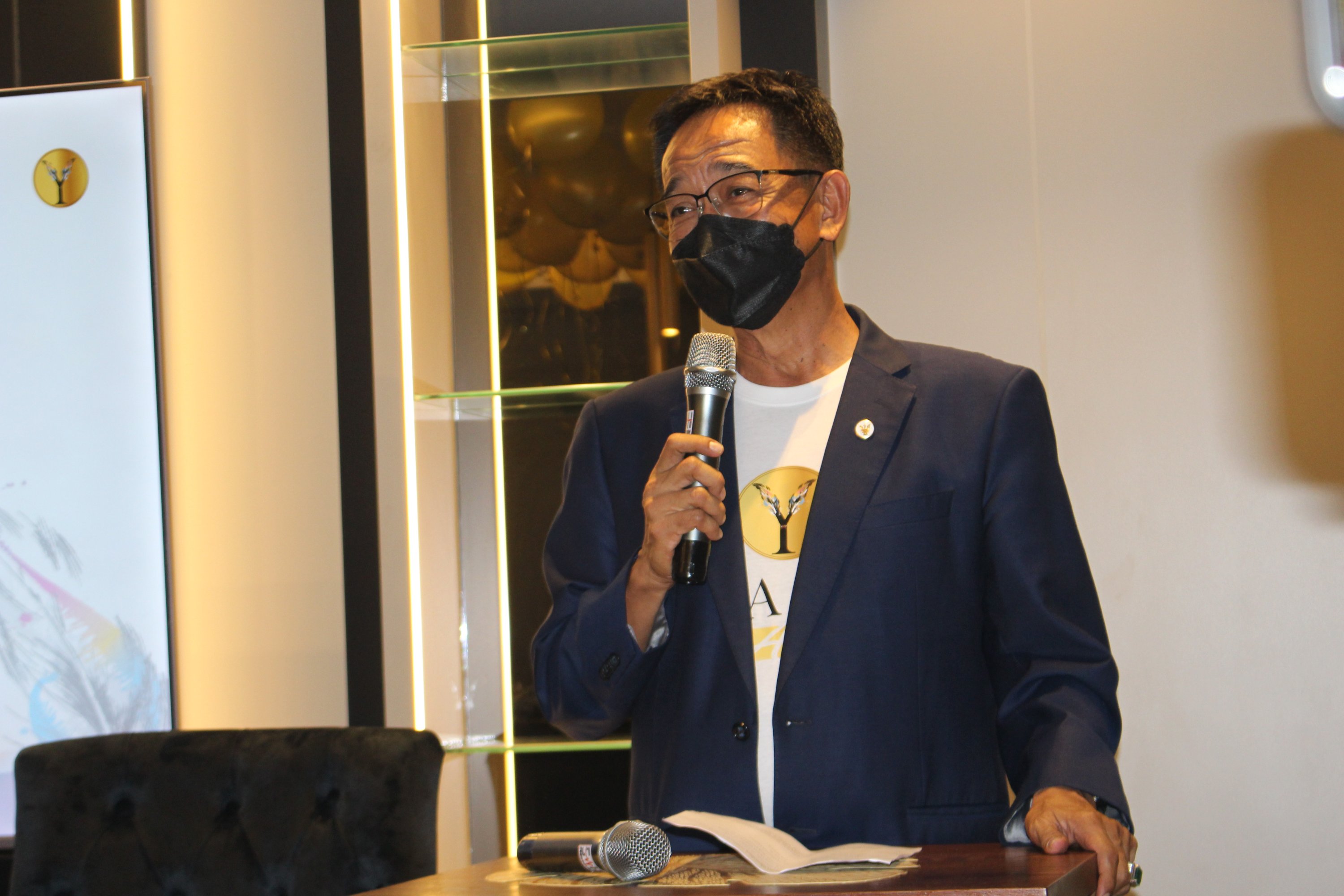 Abdul Karim says among his ministry’s key focus for 2022 is preserving arts, culture and heritage through the enactment of the Sarawak Craft Council Bill 2022. 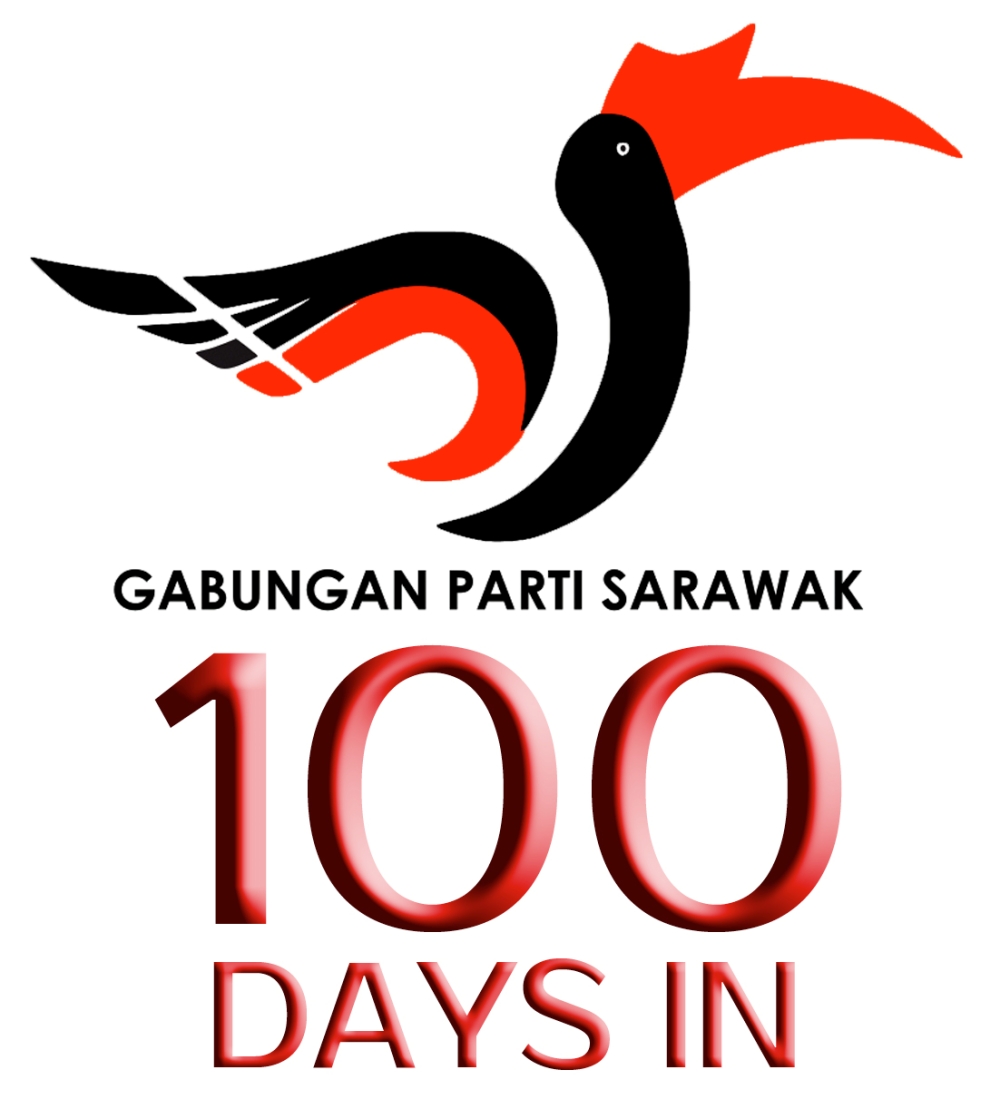 TOURISM has been among the worst-hit economic sectors during the Covid-19 pandemic, and Sarawak’s Tourism, Creative Industry and Performing Arts Minister, Dato Sri Abdul Karim Rahman Hamzah, aims to lead the industry back to recovery.

Speaking to The Borneo Post in connection with his 100th day in office, Abdul Karim said among his goals was to promote and develop tourism, arts and culture of Sarawak as major socio-economic activities set to generate revenues for the state.

“At the same time, it is also to preserve our unique culture and heritage, in line with the Sarawak Post Covid-19 Development Strategy (PCDS) 2030,” he added. 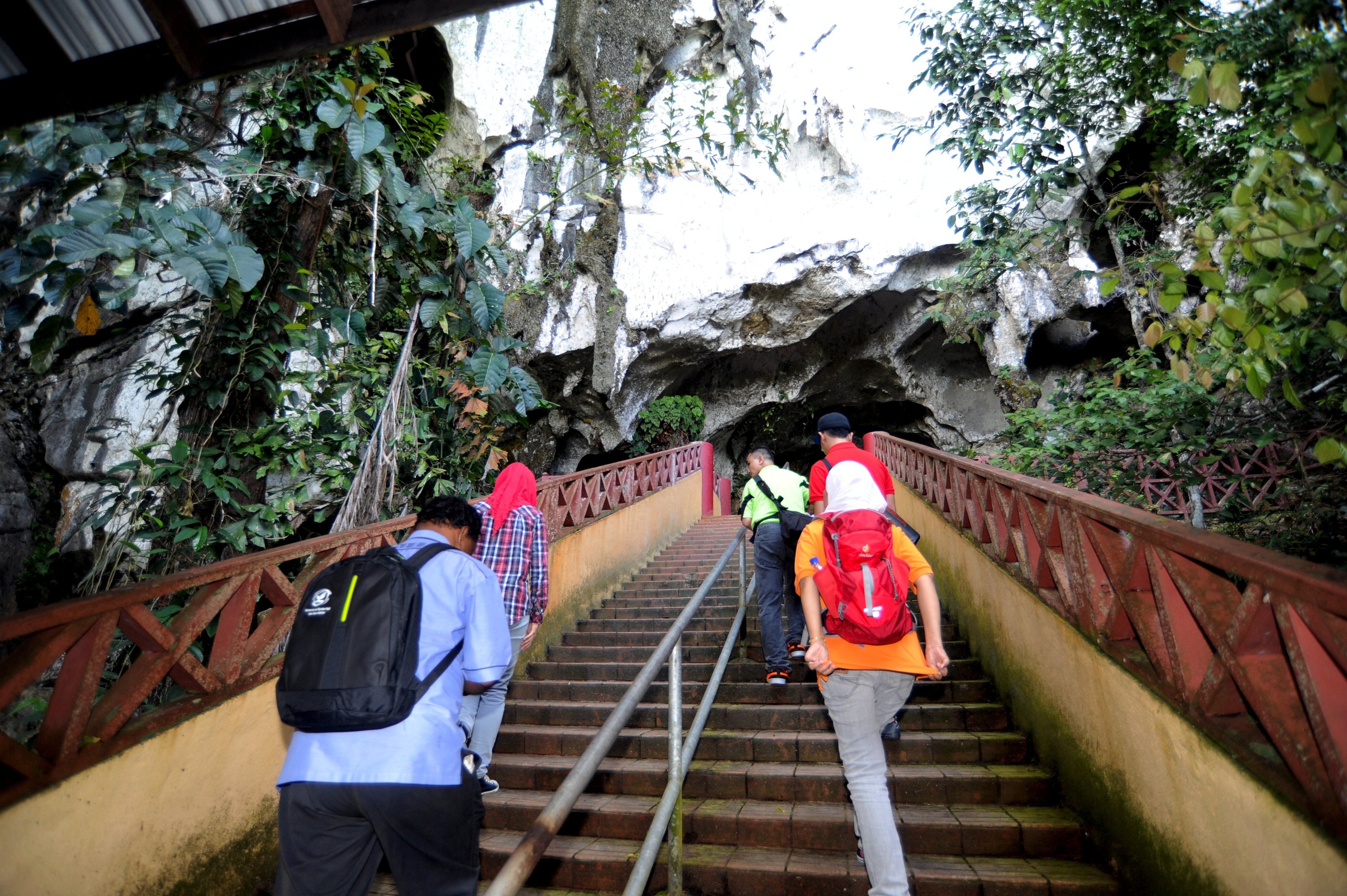 Tourists walk along the steps leading to the mouth of the Fairy Cave in Krokong, Bau, which is one of many attractions in Sarawak that have begun welcoming back visitors after being closed for two years. — Bernama photo

Abdul Karim was first appointed as Minister of Tourism, Arts and Culture in 2016, and when Covid-19 was declared a pandemic in early 2020, he continued on by implementing measures meant to lead the industry out of the devastating impact from the pandemic.

“As we prepare to move from the pandemic to endemic phase of Covid-19, my ministry and our agencies will continue implementing the short-term measures towards the recovery of the tourism, arts and culture industry.”

Some of the initiatives launched this year include ‘Sia Sitok Plus’ in partnership with Malaysia Airlines, discounted domestic travel programmes under ‘Sia Sitok 3.0’ campaign, and also the ‘Sia Sitok Accommodation 2.0 Staycation’ campaign.

Abdul Karim also said his ministry had conducted its annual ‘Strategic Planning Retreat’ from Jan 21 to 22 this year to recap its performance throughout 2021, and evaluate its opportunities, achievements and weaknesses so that it could further improve this year.

On Feb 22, a Sarawak Tourism Steering Committee (STSC) meeting was called to update government agencies and those from the tourism, arts and culture industry ‘on the way forward’ for this year.

Three Sarawak Tourism Coordination Committee (STCC) meetings, to be chaired by his deputy ministers Dato Sebastian Ting and Datuk Snowdan Lawan, would be held to follow up on the initiative proposed in the STSC meeting.

“I also led a Sarawak delegation attending the Malaysia Day at Expo 2020 Dubai back in January this year.

“Expo 2020 Dubai was an opportunity for Sarawak to diversify its market into the United Arab Emirates (UAE) and Gulf Cooperation Council (GCC) countries to facilitate business networking, and also to introduce a variety of eco-tourism products.”

He said in comparison to the previous Sarawak Cultural Heritage Ordinance 1993, the new Ordinance had a wider scope to include ‘underwater heritage’, ‘intangible cultural heritage’ and the establishment of ‘Sarawak Heritage Council’.

The ‘Sarawak Heritage Trust Fund’ had also been set up under the new Ordinance meant for the preservation and conversation works on the state’s heritage, he added.

One of the most significant events to date was the official opening of the RM323 million Borneo Cultures Museum, with a total floor space of about 31,000 square metres – making it the largest of its kind in Malaysia, and the second largest in Southeast Asia. 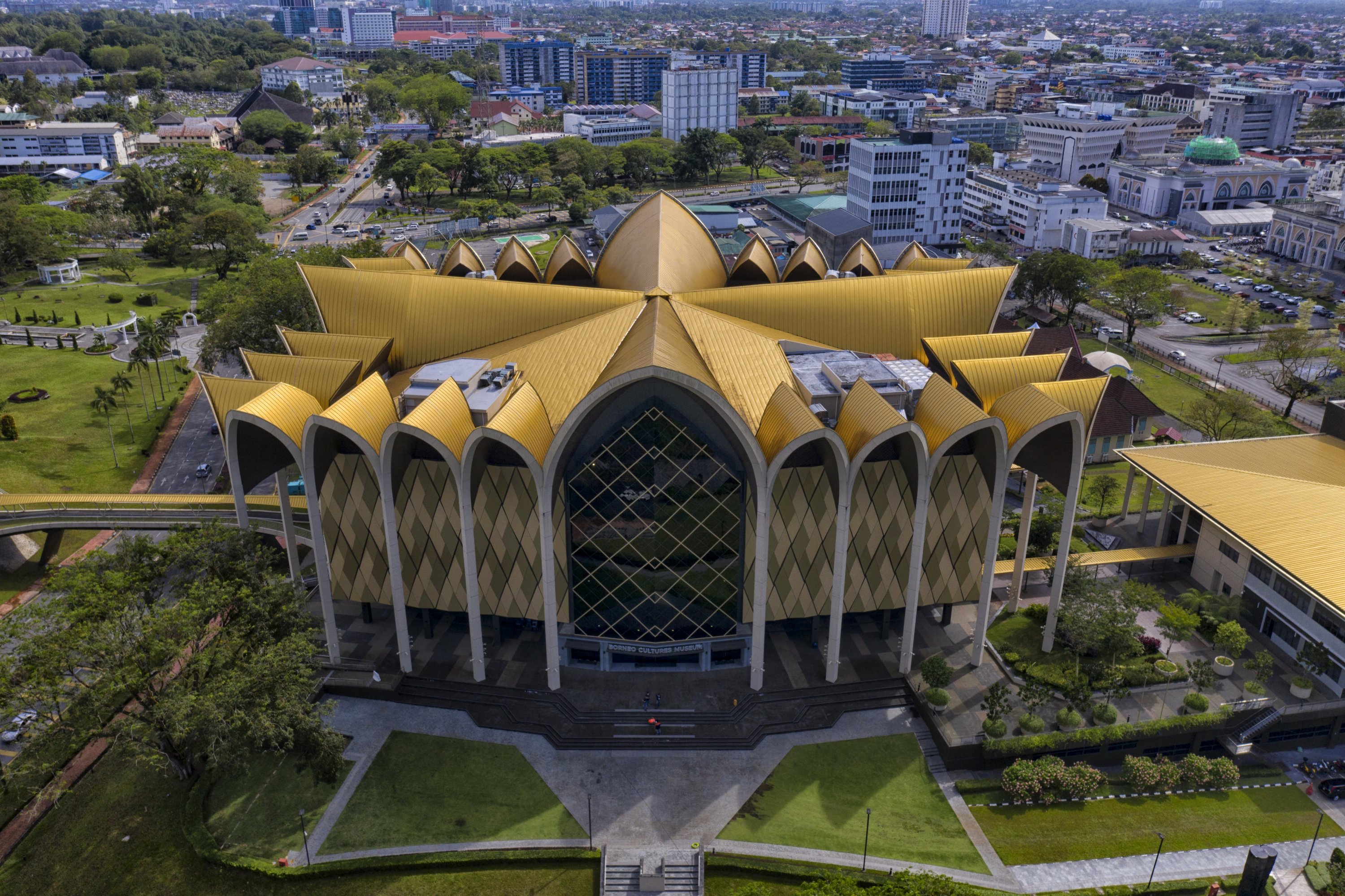 “Its opening was much anticipated by many people from various backgrounds, in view of its representing Sarawak’s rich cultural, natural and historical heritage, and their close relationship with local communities and global society,” said Abdul Karim.

Abdul Karim said the journal would serve as a tool for industry students, practitioners, researchers, and policymakers to understand the relationship between hosting business events and the correlating activities such as management, economics and entrepreneurship, among many other disciplines.

With the reopening of the country’s borders to international visitors, Abdul Karim strongly believed that international arrivals would greatly increase in view of travelling being made easy without the hassle of quarantine for those who had completed their Covid-19 vaccination.

He also hoped that international flights connecting the state with Pontianak in Indonesia and also Brunei could resume soon. 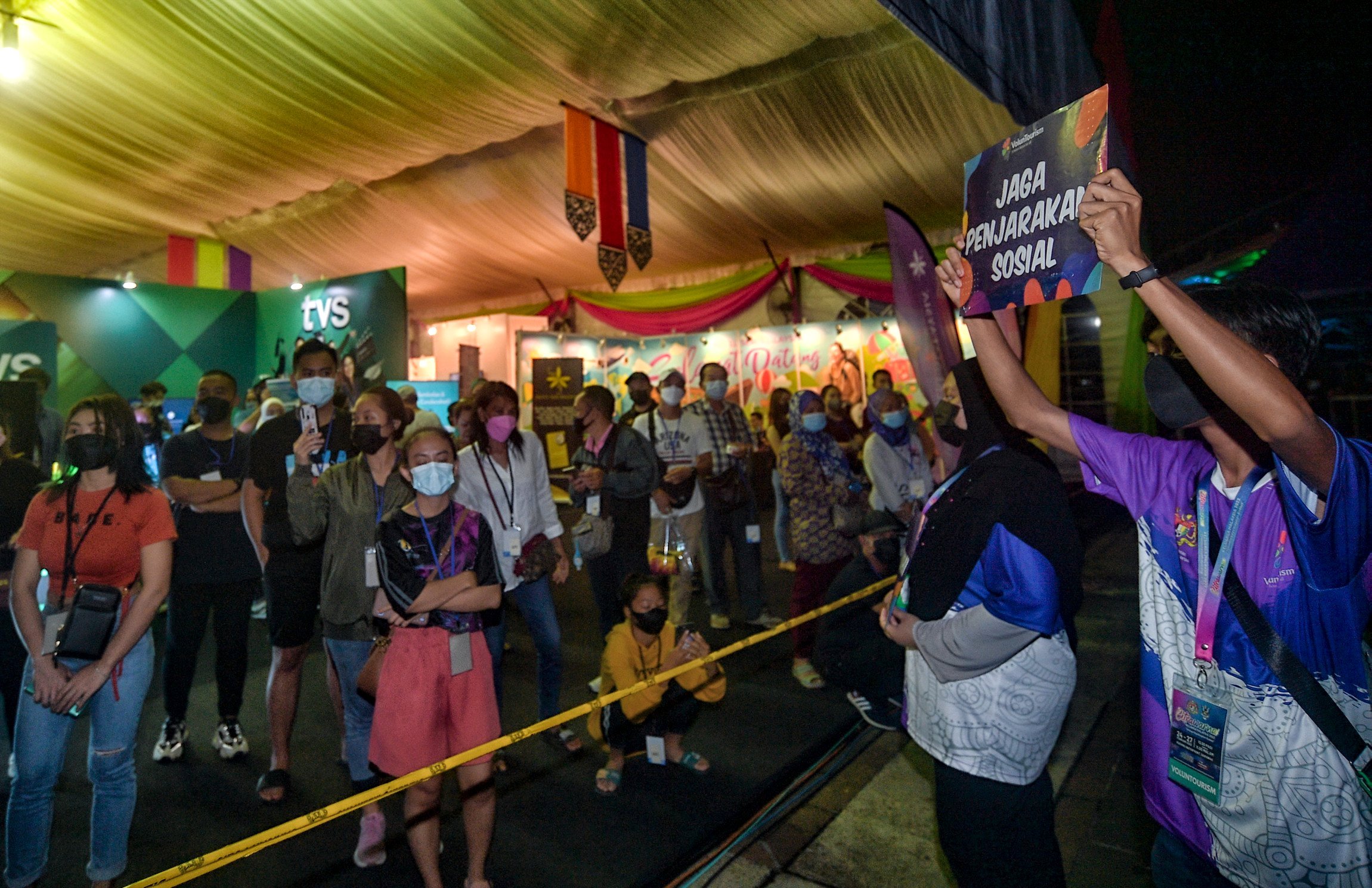 Nonetheless, Abdul Karim said his ministry’s key focus for 2022 would include preserving arts, culture and heritage through the enactment of the Sarawak Craft Council Bill 2022; continuous promotion and marketing of domestic tourism; enhancement of air connectivity to and from Sarawak via the reinstatement of pre-Covid flight frequencies; and utilisation of digital and smart tourism through Sarawak Travel App, E-Commerce, Sarawak-Malaysia My Second Home (SMM2H) online application and Sarawak Tourism Online Dashboard.

Meanwhile, Malaysian Association of Tour and Travel Agents (Matta) Sarawak Chapter chairman Oscar Choo hailed Abdul Karim as being instrumental in ensuring that the state’s tourism and business events industries would stay afloat during the times of the pandemic. 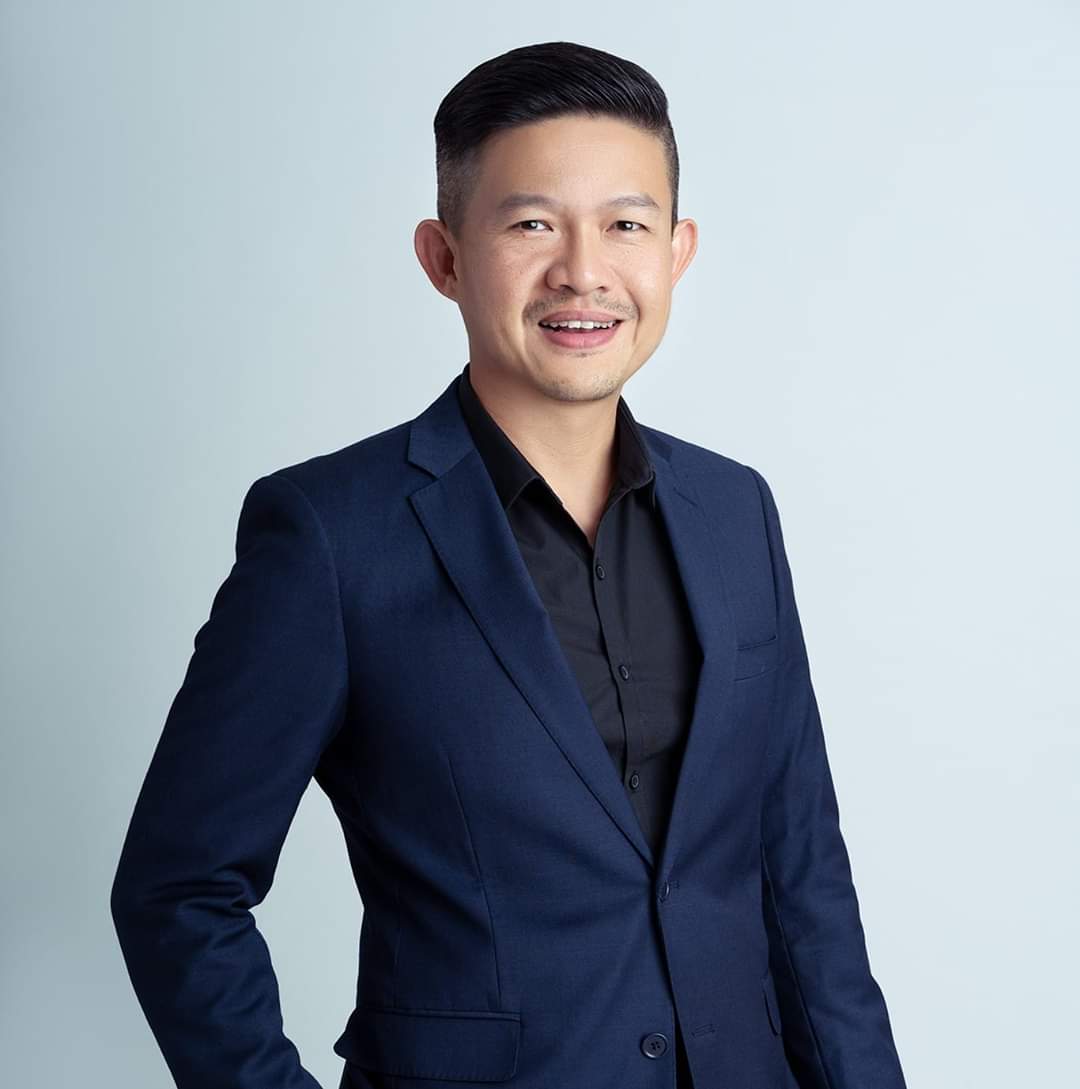 Choo hopes that the ministry would continue working with other government’s authorities to ensure hassle-free entry for vaccinated travellers to Sarawak.

“We’re grateful that the minister had listened to the industry and the plea from Matta Sarawak, having acted swiftly to solve the challenges that had been relayed to him,” said Choo.

He said Abdul Karim had been extremely vocal about the reopening of the state borders to support the ailing tourism and business event industries.

He cited the lifting of the requirement to apply via EnterSarawak when travelling to the state as another notable achievement of the minister.

“We hope that the ministry would continue working with other government’s authorities such as Sarawak Disaster Management Committee (SDMC) to ensure hassle-free entry into the state in order to welcome more vaccinated travellers, as the people in many countries are now starting to live with Covid-19.”

Choo said Matta Sarawak would be looking forward to working closely with the ministry, SDMC and other government agencies in making sure that the standard operating procedures for the tourism sector would be updated in a timely manner, consistent with global practises.

Previous ArticleFour nabbed after attempting to evade arrest in Satok, drugs found in their possession
Next Article SMA urges telco providers to share their masterplan