Tuesday, July 5
You are at:Home»News»Crime»Man remanded for alleged molestation of underaged niece 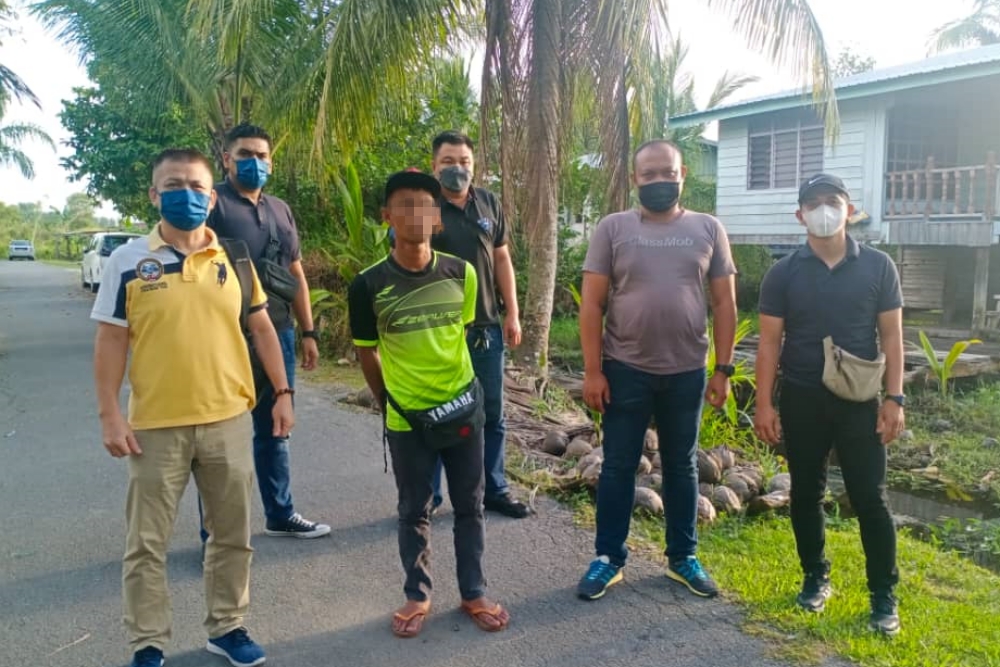 The suspect (second left) is arrested by police.

MIRI (April 21): A 35-year-old man was remanded today until April 28 for allegedly molesting his 12-year-old niece.

Magistrate Leona Dominic Mojiliu approved an application filed by Sergeant Daevora Julaimi, who represented investigating officer Inspector Mohd Rayhan Albert, for the suspect to be held to enable further investigation to be carried out.

The suspect was arrested around 5.55pm on April 20 following a report lodged by the victim at Lutong police station.

It was alleged the suspect had, around 1.30pm that same day, approached the victim while she was in her room and began groping her while also trying to touch her private part.

The suspect was also alleged to have exposed himself to his niece on two previous occasions.

The case is being investigated under Section 14(a) of the Sexual Offences Against Children Act 2017 which carries imprisonment of up to 20 years and whipping, upon conviction.