Friday, February 3
You are at:Home»News»Court»Radhi OAG pleads not guilty to hurting ex-wife
For the freshest news, join The Borneo Post's Telegram Channel and The Borneo Post on Newswav. 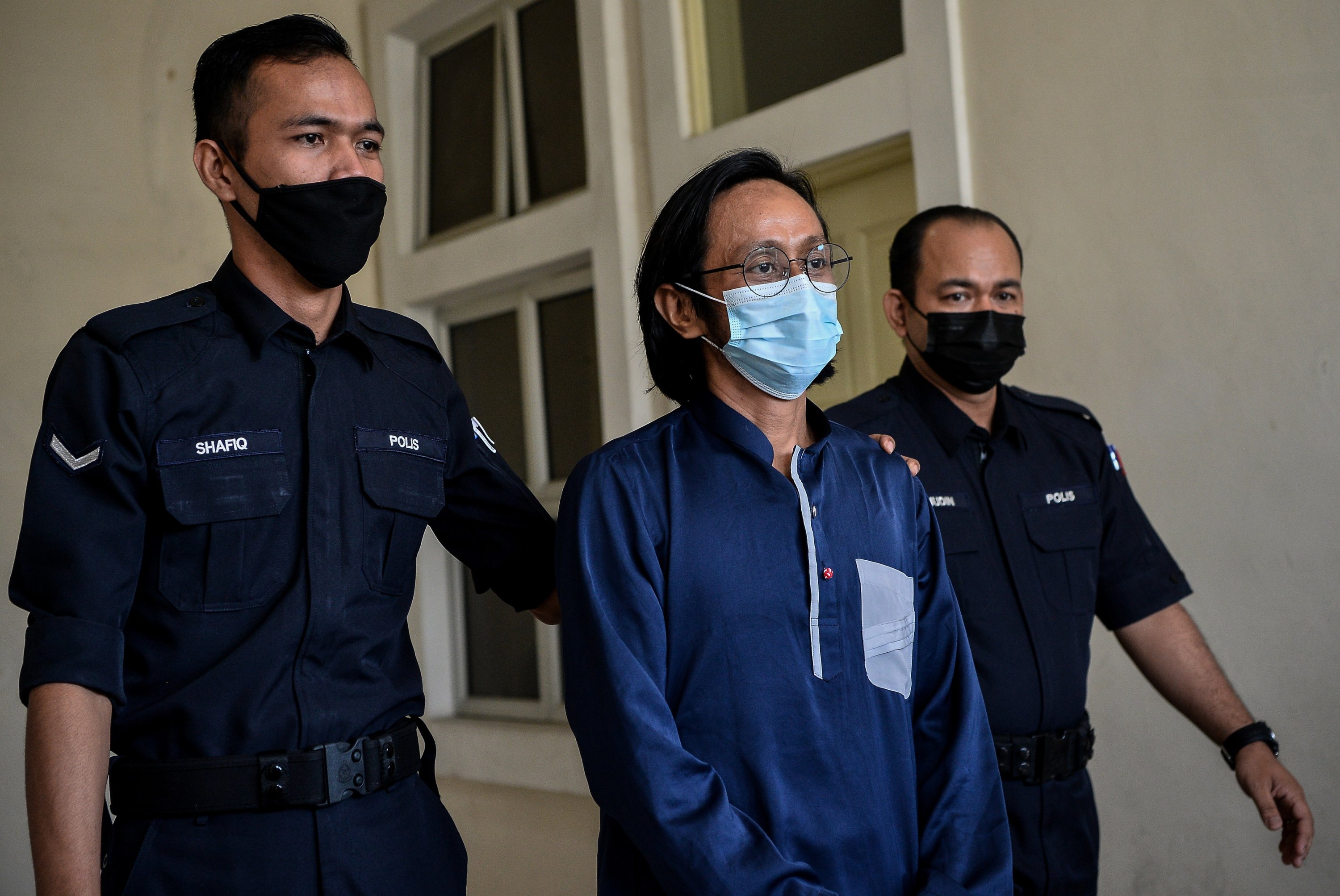 Radhi is escorted by policemen from the courtroom. — Bernama photo

However, Radhi, 45, clad in dark blue kurta, pleaded not guilty to the charge before Magistrate Muhammad Iskandar Zainol.

He was charged under Section 323 of the Penal Code with voluntarily causing hurt on Nur Shahira Ayu Zahiri, 28, at a parking lot of a condominium in Kota Damansara, here, at 2.29pm on Tuesday (April 19).

He faced an imprisonment for up to a year or a maximum fine of  RM2,000, if found guilty of the offence.

The singer was allowed bail of RM2,500 with one surety and also ordered to not intimidate the victim and witnesses in the case.

The court set July 13 for mention.

Radhi and Nur Shahira Ayu divorced in July 2019 and they have two children aged six and seven. — Bernama