Friday, July 1
You are at:Home»News»Sabah»Pupils in rural Nabawan use bamboo raft, zipline to get to school (Video) 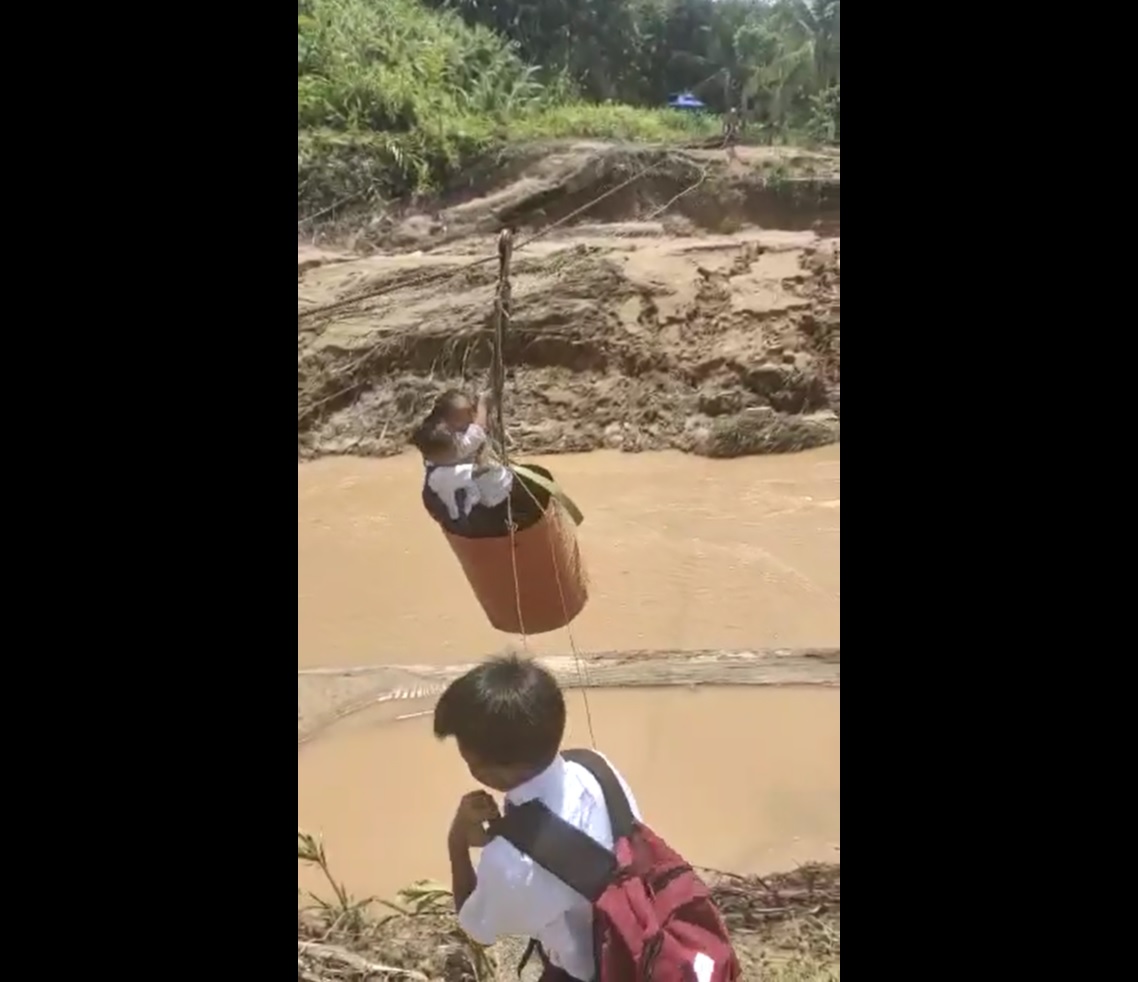 Pupils cross the river in a woven basket.

NABAWAN (April 28): Using a bamboo raft or a zipline may sound like a memorable holiday adventure for most children and even adults, but in the interior of Sabah, this is the only mode of travel for pupils to get to school.

On schooldays, a total of 33 children, aged seven to 12, in Kampung Nangkawangan, Nabawan can be seen climbing onto a bamboo raft or into a zipline harness to cross the river.

For the less adventurous, there is the alternative of sitting in a woven basket attached to the zipline for a speedy but seemingly precarious crossing.

“Since the recent flood in March, many bridges in this area have collapsed, affecting almost everyone in several villages.

“Teachers from Nabawan town walk 18 hours to the school, patients give up their medical appointments, a woman delivered her baby alone … and now I am sharing this story, about children risking their lives for education,” said Zazila Roslan.

Zazila is one of volunteers who recently initiated a donation drive for villagers in the area. 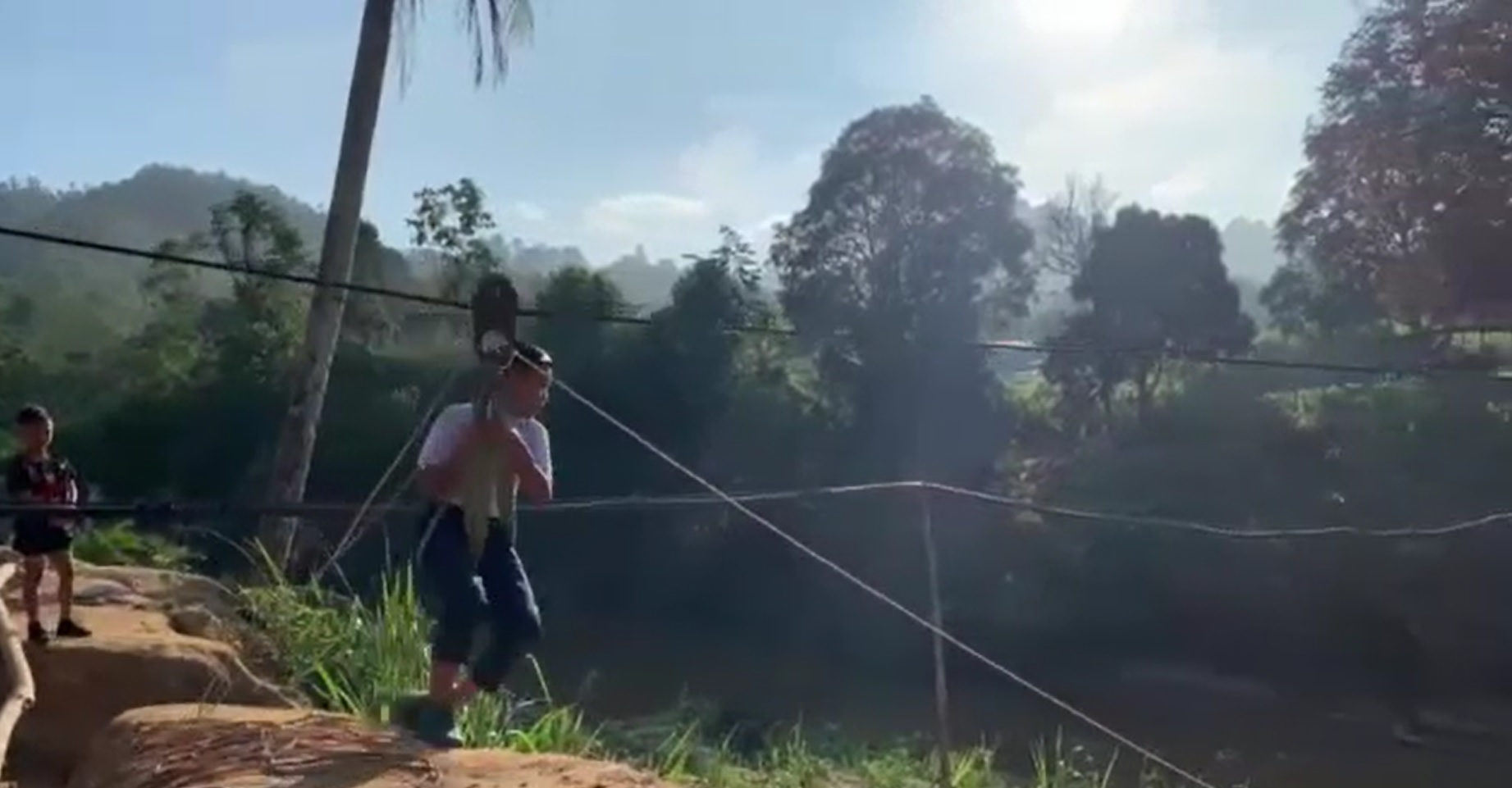 A boy uses a zipline to get to school.

“The people here want their voices to be heard but they don’t know how and where to channel (their needs),” she explained.

Zazila pointed out that SK Pangaraan’s teachers had to walk 18 hours on a 30km muddy road to ensure their pupils did not miss out on their lessons.

She said this was just among the many untold stories in the district, which reflected what was happening in Sabah’s many other districts.

“I was informed that pupils of SK Layon, next to Kampung Nangkawangan, are also commuting to the primary school with a bamboo raft. 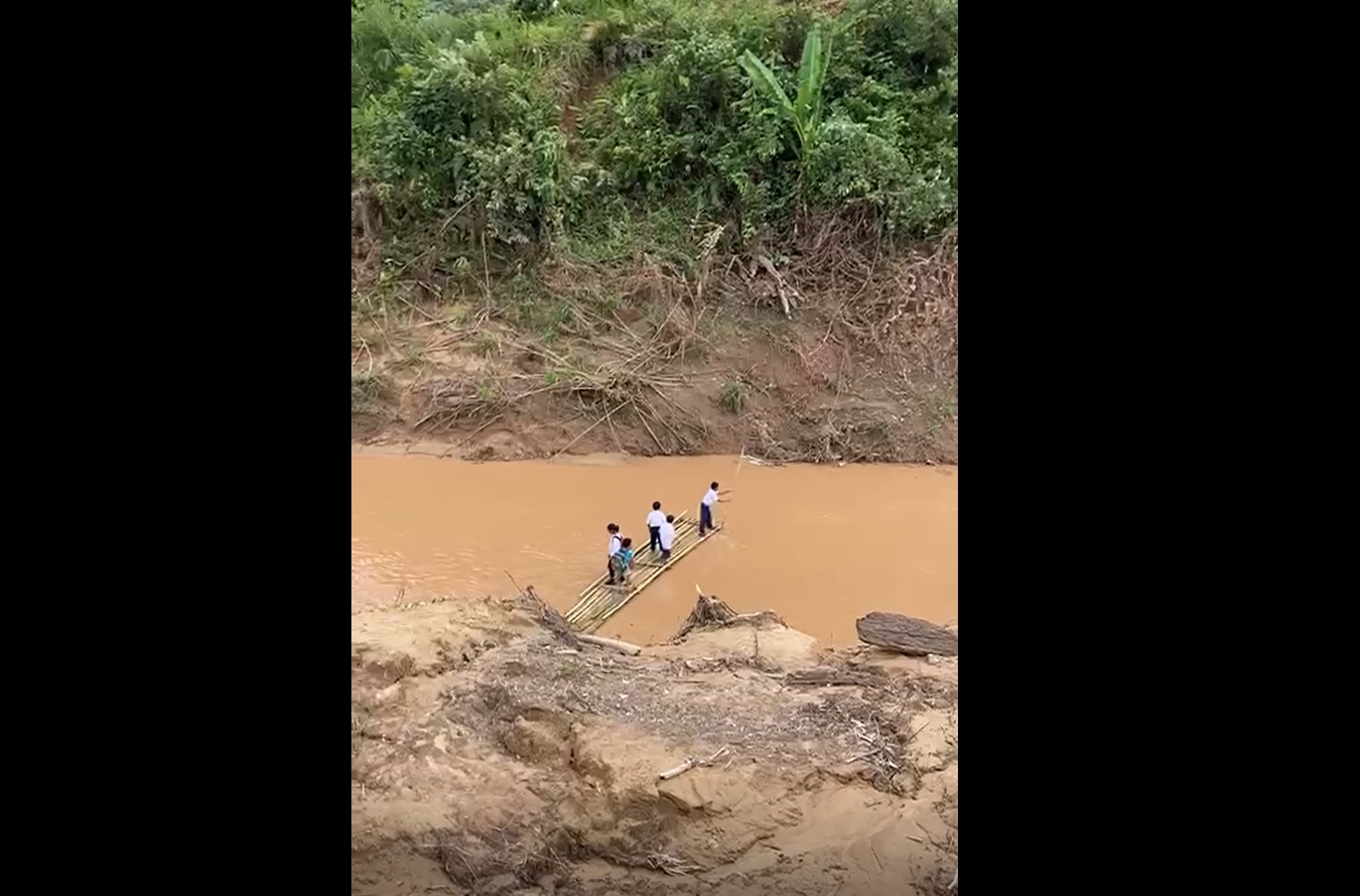 Children cross a river using a bamboo raft to get to school.

“A politician recently issued a press statement saying that he has already provided a boat as a temporary measure for villagers to cross the river.

According to Arthur, he had met with Prime Minister Datuk Seri Ismail Sabri Yaakob regarding the issue and the latter had approved emergency funds.