Tuesday, July 5
You are at:Home»News»Court»Man gets five years’ jail, caning for sexually assaulting girl in Sibu 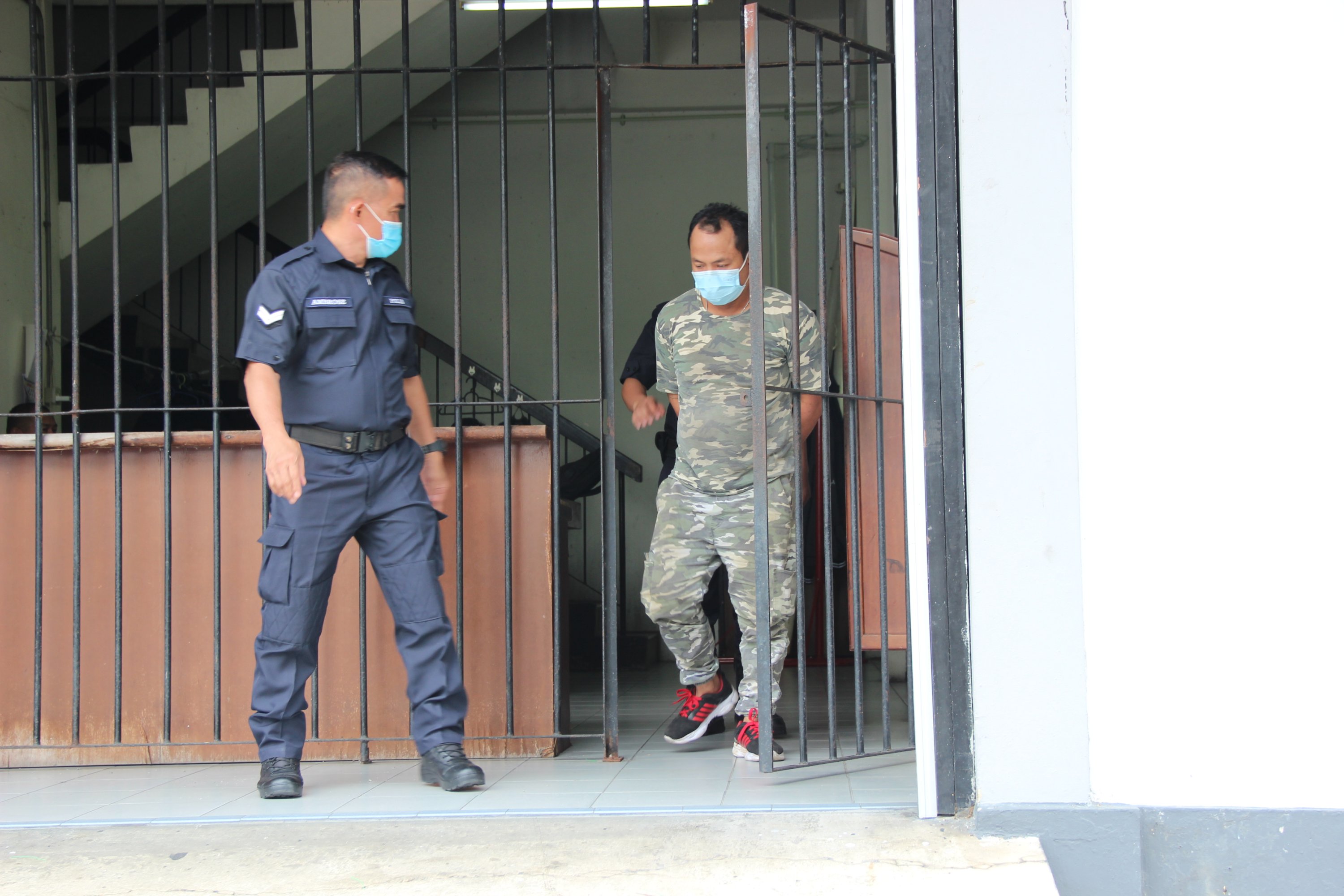 Gimang is escorted out after sentencing.

SIBU (April 29): The Sessions Court here today sentenced a 31-year-old man to five years in prison and five strokes of the rotan for sexually assaulting a minor.

Judge Marutin Pagan convicted Gimang Agu on his own guilty plea to a charge under Section 14(a) of the Sexual Offences Against Children Act 2017, which is punishable under Section 14 of the same Act.

The Section provides for a maximum 20 years in prison and caning upon conviction.

According to the charge, he sexually assaulted an 11-year-old girl in a toilet of a company here on April 23, 2022 at around 8pm.

Based on the facts of case, the complainant had found that his daughter was taking too long in the toilet.

Upon checking, he found the child naked and crying, and was told that she had been raped by an unknown man.

The complainant then proceeded to lodge a police report.

Based on the investigation, police found the victim had gone to the toilet alone and when she was about to come out, Gimang entered, pushed her back in, then locked the door.

He then sexually assaulted the child but his attempt to rape her was thwarted as he heard others approaching.

Gimang then tried to flee but was caught by the victim’s uncle, who was nearby.

It is understood that the victim is intellectually disabled.