Wednesday, July 6
You are at:Home»News»Sarawak»Sarawak Pan Borneo Highway expected to be completed in Q1 2023 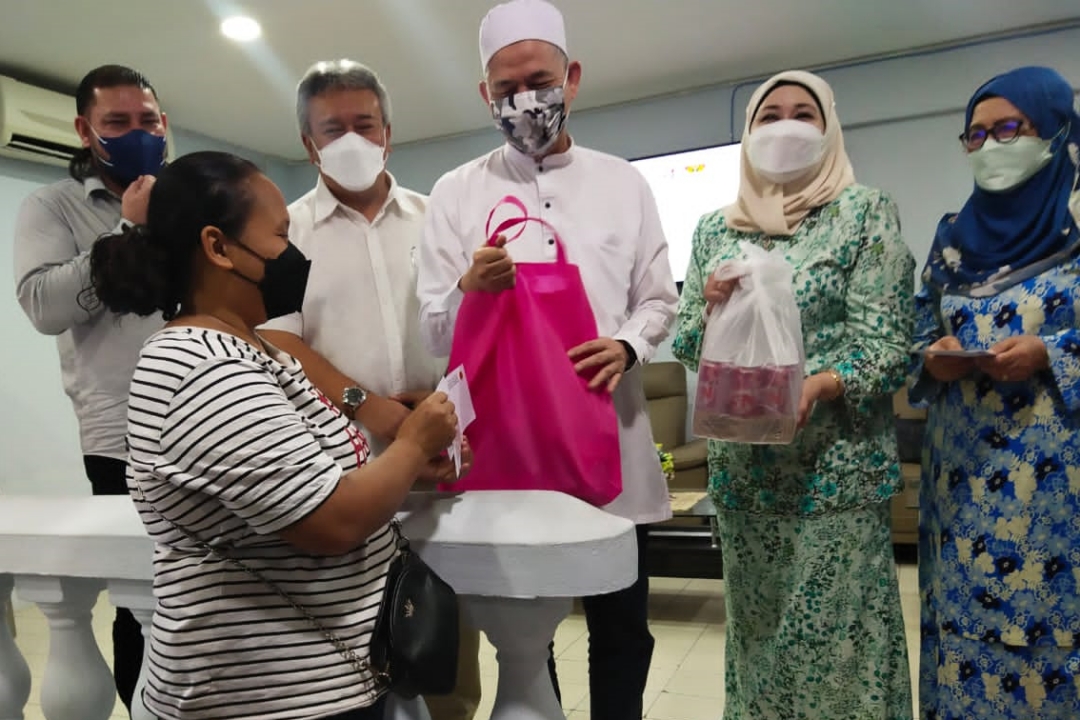 Fadillah (third right) and Hasidah (second right) presenting Aidilfitri donations to one of the recipients.

KUCHING (April 29): The construction work of the Sarawak Pan Borneo Highway is more than 80 per cent completed so far and is expected to be fully completed by the first quarter of next year.

Senior Works Minister Datuk Seri Fadillah Yusof said the target was to complete the highway by the end of this year but was likely to face some delays due to several factors.

“There may be a few packages and sections that have to be completed in the first phase next year.

“Secondly, the sharp increase in the price of building materials and thirdly, the insufficient supply of rock and building materials,” he said when met at the Aidilfitri Love Linkage ceremony at the N7 Samariang Service Centre here today.

Fadillah further explained that his party together with the Sarawak Public Works Department (JKR) and the contractors are trying to find a way to achieve the target to complete the entire highway by the end of this year.

He also assured that several security measures along the Sarawak Pan Borneo Highway have been taken throughout the Hari Raya Aidilfitri celebration.

Among the measures were stopping works that could cause traffic congestion and reducing the speed limit from 90km per hour to 80km per hour.

Earlier at the ceremony, Fadillah, who is also the Member of Parliament for Petra Jaya, presented Aidilfitri donations to 120 recipients comprising the poor from Samariang area.

The event is an annual programme of the United Bumiputera Pesaka Party (PBB) Samariang Women’s Movement.