Saturday, December 3
You are at:Home»Columns»Just another point of view»Music – The soundtrack of our lives 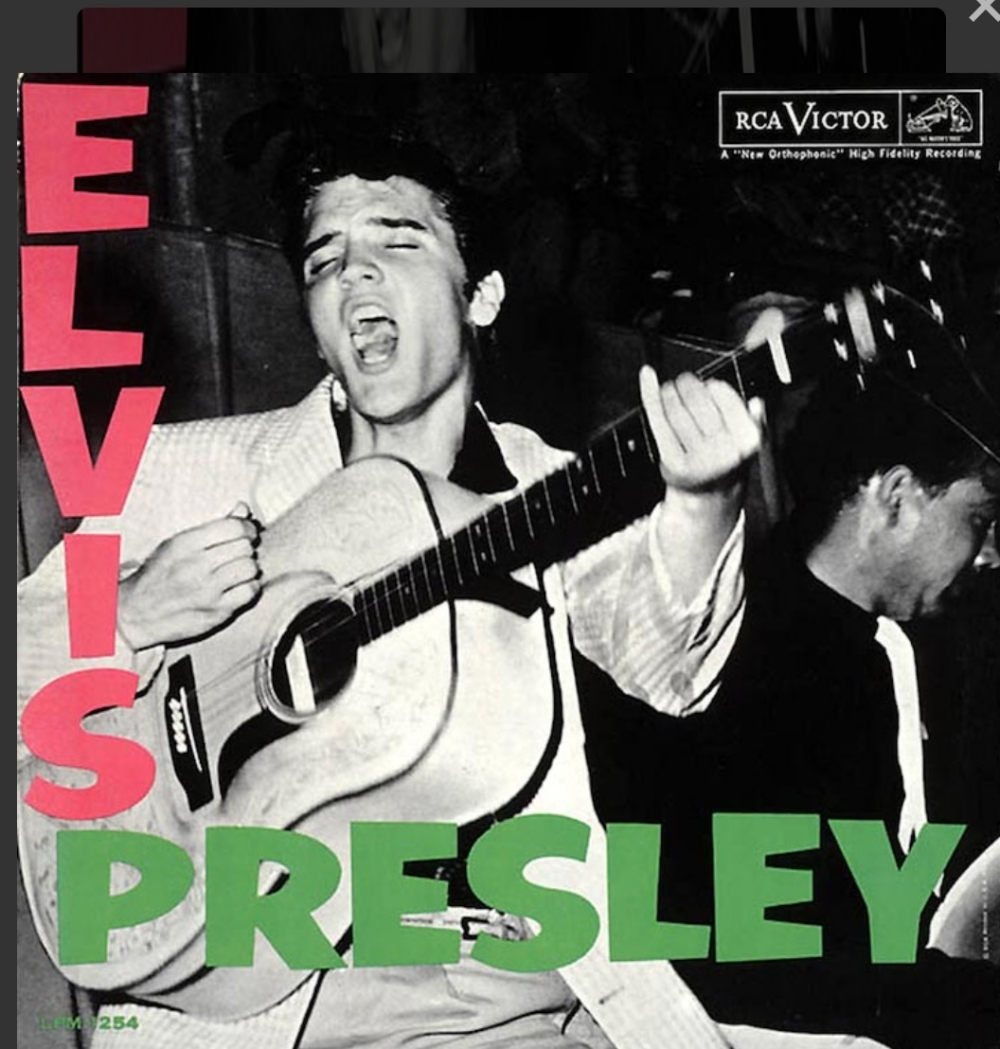 One of the earliest albums I ever bought, Elvis Presley’s very first LP – released in 1956, but purchased in 1960.

I WOULD let you in on a little secret – I am fairly certain that I had eventually succeeded in courting my future wife to be way back in March 1973 because of a ‘mix-tape’ that I had spent days organising in my mind and then putting in hours of intensive recording on my Sanyo cassette recorder (what they had called a ‘Boom Box’ in those days!) onto a TDK C-90 cassette tape the 15 specially-selected songs and music on two sides of that precious very first tape that I gave her to listen!

In those early days, the art and the act of compiling a special mix-tape for someone you like or fancy was very much like a love letter – both spelling out all your intentions, your dreams and yearning and your deepest thoughts, feelings and emotions.

In so many ways, it was also a whole collection of coolness, a gateway to the entrance of your soul, taking the listener on a journey, an expression of oneself of perfectly-captured moments. It’s also incredibly intimate and a big risk, telling someone about where you’ve been and where you are now – as you only have a finite amount of minutes to define, within musical boundaries, your state of emotional environment at a particular place and time.

In other words, you are risking it all in a 90-minute monologue, which could easily turn into a total disaster zone if the targeted person’s feeling towards you was not mutual!

I’m not sure if she still has that tape stored away somewhere, but I can fondly remember some of the songs/tracks that I had recorded on it – the starter was Elton John’s ‘Your Song’, followed by Carole King’s tracks from ‘Tapestry’ – ‘Natural Woman’, ‘I Feel The Earth Move’ and of course, ‘You’ve Got a Friend’.

I had then also smoothly segued into a few of my own faves as in James Taylor’s ‘Fire and Rain’, Jackson Browne’s ‘Late for the Sky’ and Bob Dylan’s ‘Lay Lady Lay’, Eric Clapton’s ‘Layla’ and the Beatles’ ‘Here Comes the Sun’ and ‘While My Guitar Gently Weeps’.

I had also picked from the musicals: ‘Some Enchanted Evening’ from ‘South Pacific’, and ‘If Ever I Would Leave You’ from ‘Camelot’.

Of course, I didn’t forget Elvis! There were the odd picks of ‘Forget Me Never’ and ‘Summer Kisses, Winter Tears’.

Finally, there were two extremely obvious picks in the theme from ‘Love Story’ and the very romantic ‘Love is Blue’, which was all over the airwaves then.

Gosh! Looking back, I must have fancied myself to be some over-romantic nerd!

My point to that brief introduction is that we all have music playing in the background in the windmills of our minds through the various stages and times in our lives – our happiest memories can be recalled by what’s playing on the radio, in the car or on television at the time; our saddest and most depressing moments can be prompted by certain songs or music too.

Music was, has been, still is and will always be a major part of my life. I took like a duck to water when I could first understand what was playing on the radio at a very young age, by about 6 or 7 years old in the mid-1950s.

A big Telefunken set had commandeered a prime space in Grandpa’s huge living room – it would be the go-to private space whenever there was a Radio Sarawak programme of music on.

However, it wasn’t until the mid-1960s that portable transistor radios became easily available at affordable prices that we could have one to share among siblings and being the eldest, I’d always have it at my bedside at night, at least until curfew time!

The music over the airwaves became my nightly lullabies.

I think it must have been around 1960 or 1961 that the record request programmes over Radio Sarawak became the in-thing for teens and young adults to send in their weekly requests for the Saturday afternoon two-hour long radio shows; and they had made teen idols out of then broadcasters (later known as DJs and TV personalities) like Anne Tan, Sylvia Lim, Tan Seng Lim, Anthony Ramanair, Roch Kueh and so many others!

I fondly remember how we all used to sigh out aloud whenever Anne Tan would play her obligatory Nat King Cole songs in every single programme that she was hosting! Johnny Mathis was another one of her favourites. I wish to dedicate this week’s column to the sole surviving host of those wonderful radio programmes of the 1950s-1960s – my dear friend, Anthony Ramanair! Thank you for the memories, mate!

I was also greatly influenced by my mother’s love for music and her taste – from musical shows to popular operas and to vocalists like Nat King Cole, Mario Lanza and Anneke Gronloh. From her, my siblings and I had listened to endless musical scores and soundtracks from ‘South Pacific’ to ‘Camelot’, from ‘The King and I’ and ‘My Fair Lady’. The operatic arias of Lanza, the smooth velvety voice of Cole, and the sparkling vibrancy of Gronloh would fill the house on Saturday mornings and Sunday afternoons during our childhood days.

Later on when we all started to cultivate our own tastes in music (not surprisingly, all my siblings and myself share almost about the same love for some genres and even artistes), we would try and steal precious listening time for our own music in the family room, although by our late teens, we had our own private spaces and our own playback devices.

It’s not uncommon these days to hear contemporaries complain about the current state of the music scene. For most of us Baby Boomers, it would seem that the phrase ‘they don’t make music like they used to’ rings true – but that’s how it goes.

We will always have a greater fondness for the familiar, the music that we had grown up with, music that had been soundtracks at our best times and had given us the most momentous moments in our lives. 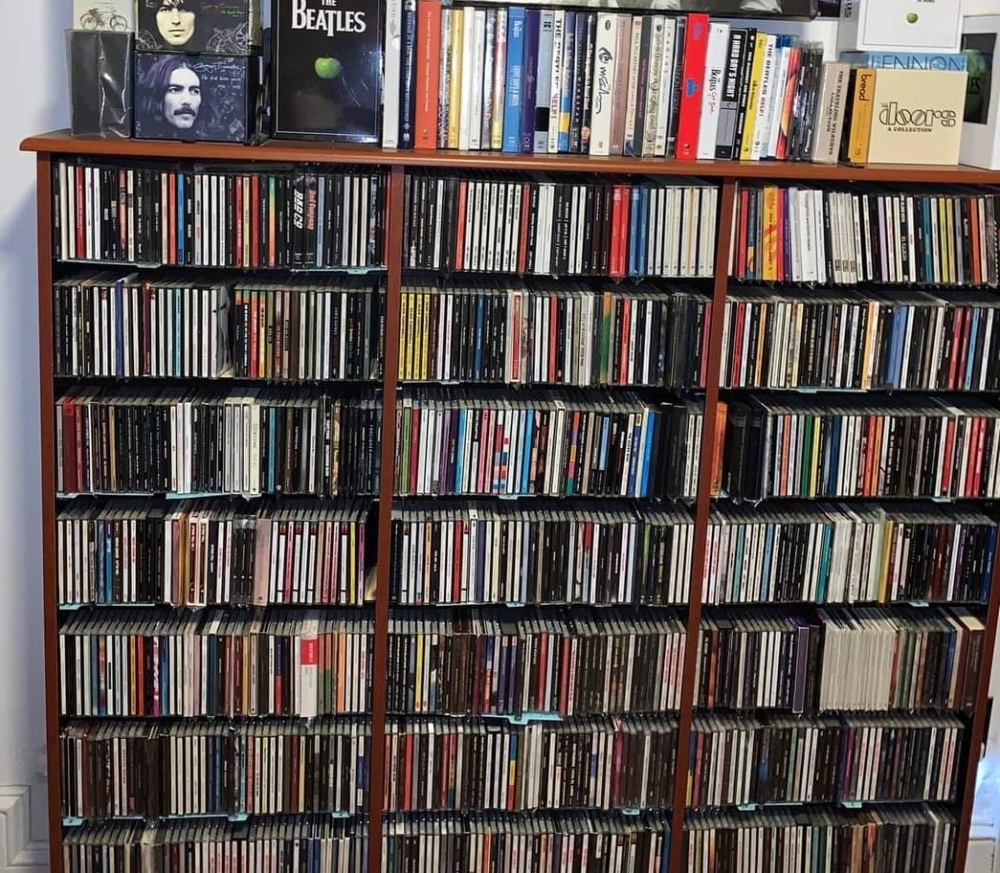 A collection of CDs and cassettes – most of my vinyl records were destroyed by termites in the 1990s.

We are the generation that has seen and heard music from the days when they were played on cranked up heavy boxed machines, for 78rpm records made out of shellac (easily broken if dropped on the floor!), right up to the early 1950s. It was only in June 1948 that the more popular 33rpm 12-inch long playing records made out of vinyl were invented and they were to change the way we listened to music for the next half a century.

Next came the Philips compact cassette in September 1963, initially available only for 60 minutes recording but eventually doubling up to 120. It wasn’t till July 1979 that Sony’s first Walkman saw the light of day, and made music portable to everyone when previously, players were only installed in vehicles and as boom-boxes, which were rather hefty and heavy.

Eventually, that also died off and along came the compact disc (CD) in October 1982 and that has lasted till today; although it’s now more common and easier to just download, stream or just play on Spotify your favourite music!

I used to have a vast collection of over 1,500 vinyl records, alongside another couple thousands of cassette tapes, then CDs, then videotapes in both Betamax and VHS formats, and DVDs – and even laser-discs! Today I listen to most of my music on CDs, from my own collection or downloaded/burned onto CD-Rs, and hardly ever on Spotify or other devices – I use it to search for rarities or look up new music and musicians.

All my family members, my children and now, theirs – are all music lovers! My grandson Shane, at age 5, had sung along to The Doors’ ‘Riders on the Storm’ in the car; today, at 8, he’s into rap – no doubt his taste will change as he grows older.

Yes, I’m one of those who still think that the best music we’ve ever had were during the years 1960 to 1980 – I’m biased because for me, those were the best years during which period we were at our prime, doing the things we liked and were passionate about and loving the life we were living.

For you too, dear readers, I am sure you’d have your own favourite soundtracks during the best years of your lives!

Vive le difference! And here’s wishing you many more happy years of listening to the music that we love! 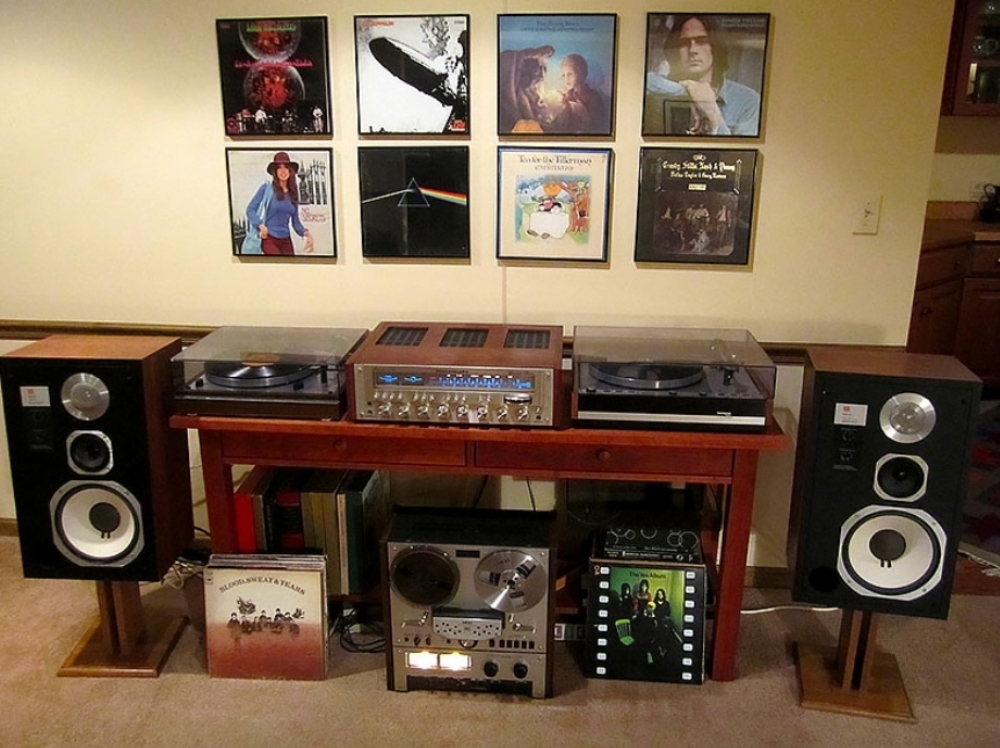