Monday, August 15
You are at:Home»News»Sabah»SUDC’s assurance to Star City buyers 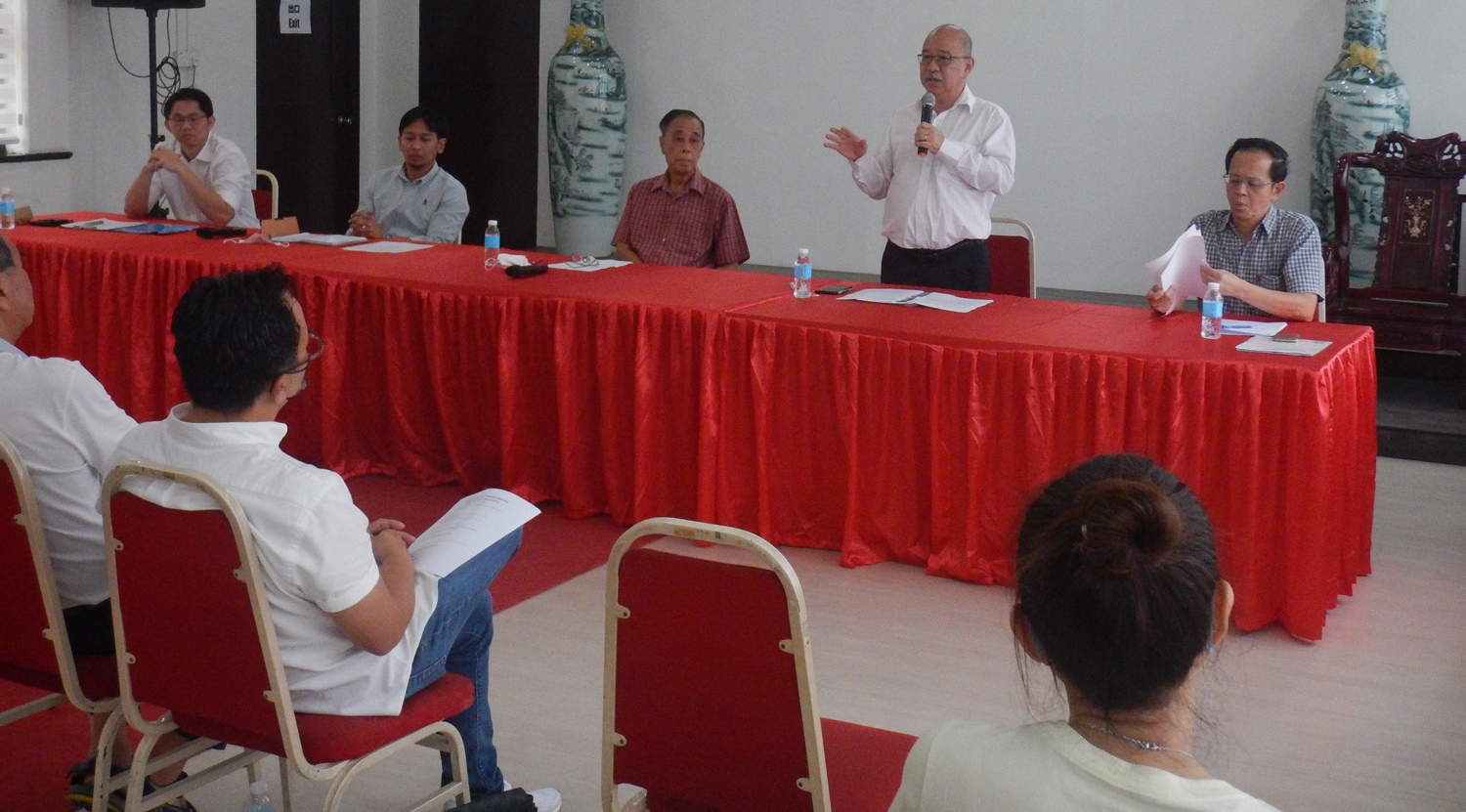 Yong speaking at the dialogue with Pekestar.

SUDC Chief Executive Officer Afizal Aldin assured that the plight of the purchasers is not neglected, and the Sales and Purchase Agreements signed between SUDC and purchasers are still legal binding, while Star City project is now renamed as “KK One”.

Replying to a question from a Pekestar member, Afizal said SUDC will get into the details with Pekestar and other purchasers after the Hari Raya Aidilfitri holidays.

“Even though the joint venture agreement has been terminated, due to the winding up of the previous developer, SUDC as a government-linked company (GLC), has never forgotten our commitments to purchasers,” he said.

Afizal had also promised that before any demolition (which was approved in December 2021) to be carried out, he will need the consensus from all parties concerned, especially the Star City buyers.

He said SUDC’s policy at the moment is focused on reviving and resolving all existing sick or abandoned projects rather than looking for new projects.

He said this dialogue was a good start to settle any outstanding issues amicably and SUDC will keep abreast of the progress of this project with the purchasers.

The dialogue was held prior to the Pekestar’s annual general meeting chaired by Pekestar president Philip Liew Kon Sung at the Kota Kinabalu Chinese Chamber of Commerce (KKCCC) on Saturday.

Yong, who is also a nominated assemblyman, is hopeful that the KK One project, which was called Star City before, will be completed so that the 200 plus purchasers will get back their rights and investments after almost 15 years of waiting in despair.

The purchasers, who comprise local residents, have been suffering mental anguish and financial losses, including some losing their hard-earned savings in paying bank loan interests, ever since they committed to buy units in the then Star City from 2007 to 2010.

“I have been informed that KK One project is a renewed commitment by SUDC to complete a commercial development in the heart of Kota Kinabalu City, which is a prime location,” Yong said.

He believes the completion of KK One project will solve one of the biggest headaches of Kota Kinabalu City, spur the local economy and also remove an ugly sight of the now abandoned, partially completed Star City.

Yong called on all government agencies and departments, including the City Hall, to give their fullest cooperation to SUDC, which is under the purview of the Ministry of Industrial Development, so that the project can be completed without obstacles.

“The Ministry of Industrial Development has shown its commitment to complete the KK One project. I am also thankful to the SUDC chairman, Jamawi Jaafar, for his prompt action in agreeing to this urgent dialogue.

“At the meeting with the SUDC chairman and management recently, I noticed that SUDC is very focussed on completing the KK One project that includes the fulfilment of commitments to the purchasers of Star City,” he said.

Meanwhile, lawyer for Skyrich Development Sdn Bhd, Ryan Soo, said the company which was appointed in 2019 was not idling even during the Movement Control Order (MCO) period. In fact, they succeeded in acquiring approval from the Civil Aviation Authority of Malaysia  in 2020 for a 56-storey tall building. The whole development plan was approved in 2021.

Building plans submitted in April 2021 to City Hall is expected to get approved in mid-year 2022, he said.