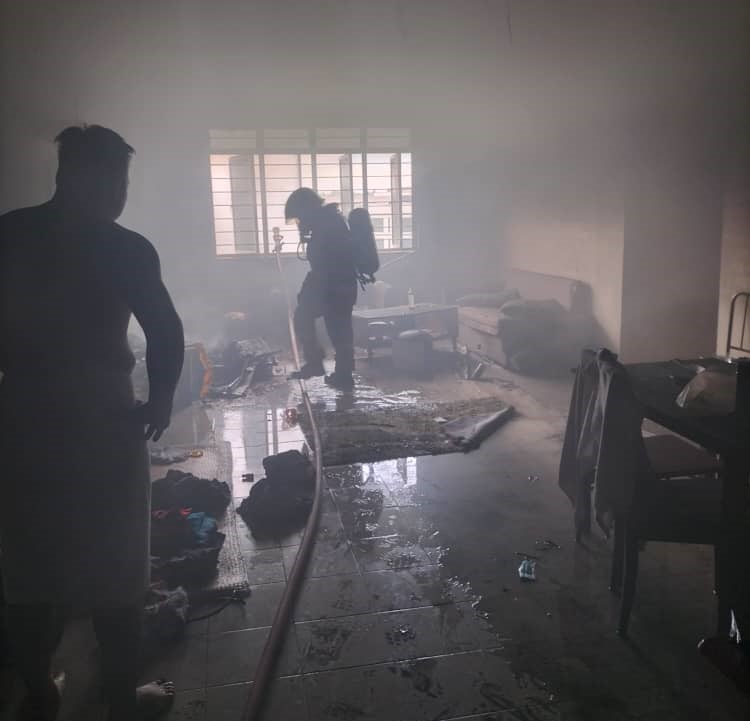 A fireman ensures the fire is completely put out. — Bomba photo

SIBU (May 3): A police flat at Sungai Merah police station was damaged by fire on Monday morning.

A statement from the Fire and Rescue Department (Bomba) said a distress call was received at 10.37am.

A Fire Rescue Tender (FRT), an Emergency Medical Rescue Services (EMRS), and 10 firefighters led by Mohd Faizal Bujang were sent to the scene.

When they arrived, the operation commander reported that the fire occurred at one of the units on the third floor of the flats.

The fire involved an electronic device (television) and the total damage caused by the fire was about 20 per cent.

The operation was completed at 11.17am.