Thursday, August 18
You are at:Home»News»Sarawak»TYT, wife among those at Premier’s Hari Raya open house 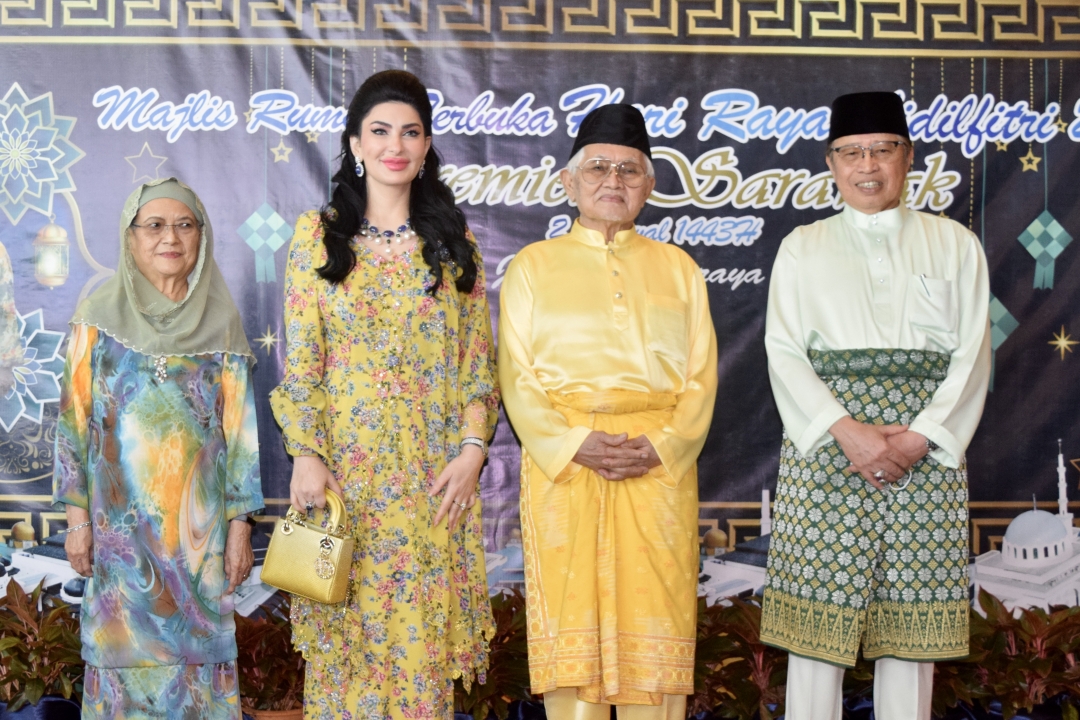 He and his wife Toh Puan Datuk Patinggi Raghad Kurdi Taib arrived at the venue (Pullman Hotel) at 2pm, and they were greeted on arrival by Abang Johari and several state cabinet ministers.

They were later joined by Puan Sri Datuk Amar Juma’ani Tun Tuanku Bujang for a group photo before proceeding to lunch. Taib and Raghad were at the open house for about an hour.

Meanwhile, visitors from near and far thronged the open house hosted by Abang Johari to extend Raya greetings to the premier and to enjoy the festive delicacy.

The open house was held after a lapse of two years due to the Covid-19 pandemic. It was last held in 2019.

It was the first hosted by Abang Johari since the term ‘Chief Minister’ was restyled to Premier effective March 1 following amendments to the State Constitution. 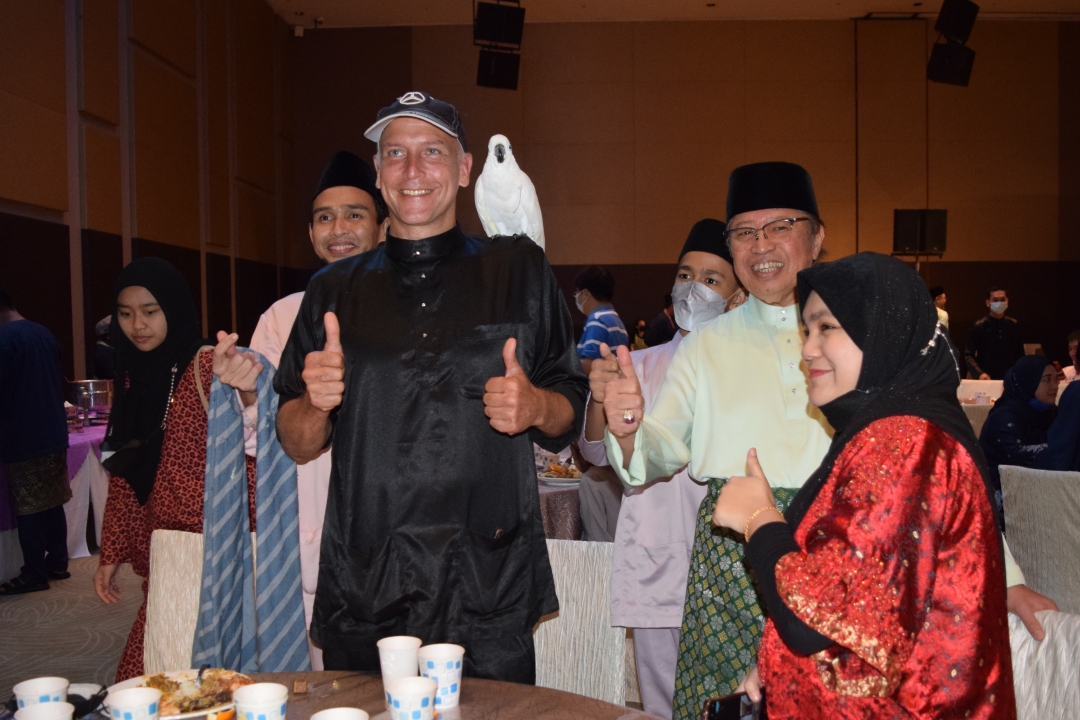 A visitor with his pet parrot catches the attention of Abang Johari during the open house. – Photo by Roystein Emmor

Umno secretary general and Pontian MP Datuk Seri Ahmad Maslan, whose wife is a Sarawakian, was among the dignitaries.