Tuesday, February 7
You are at:Home»News»Court»Muhyiddin: Zahid asked me to intervene in his court case after showing stack of files
For the freshest news, join The Borneo Post's Telegram Channel and The Borneo Post on Newswav. 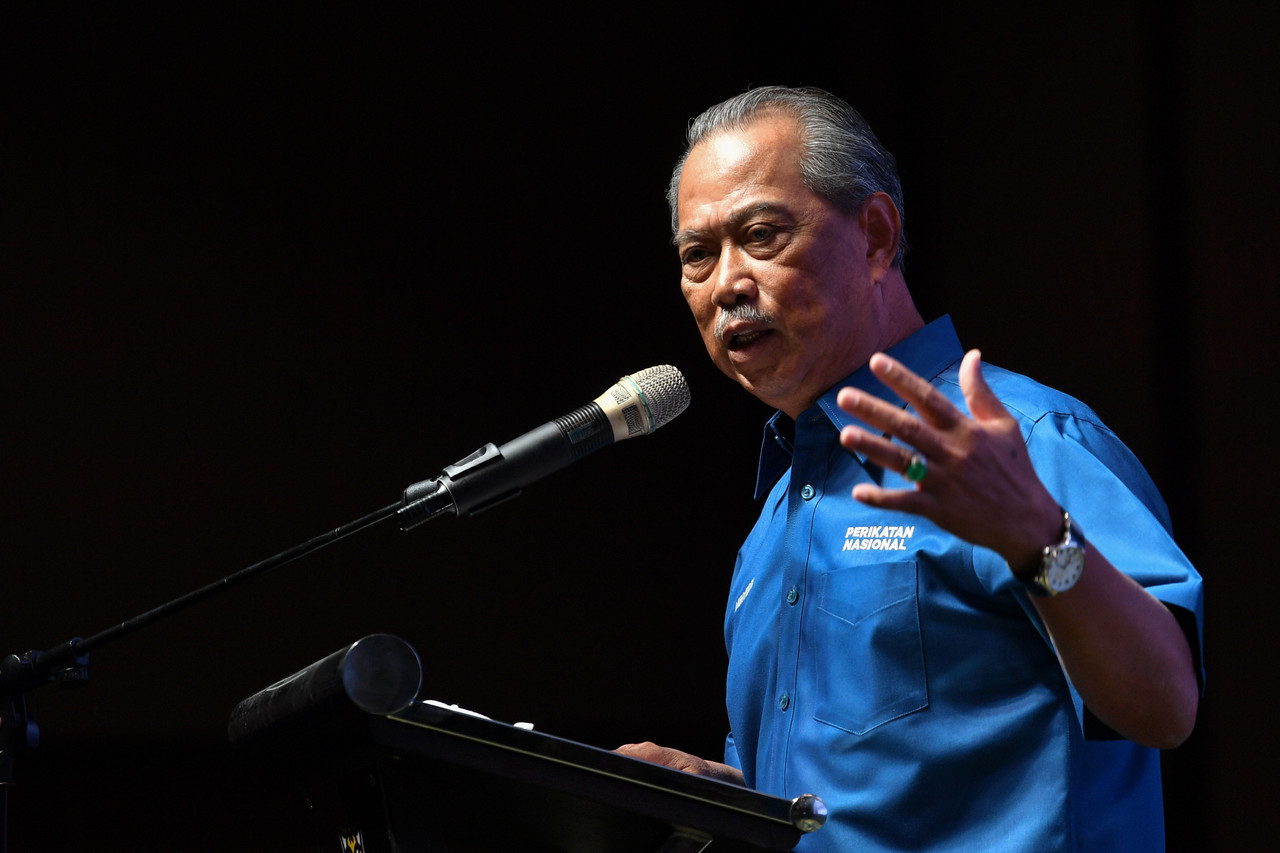 In his court document filed at the High Court here on April 26, Muhyiddin claimed that Ahmad Zahid, who is the plaintiff in a lawsuit, made the request after the Umno president attended a meeting held at the former premier’s house. – Bernama photo

KUALA LUMPUR (May 5): Tan Sri Muhyiddin Yassin claimed that Datuk Seri Dr Ahmad Zahid Hamidi had shown him a large stack of files which were in relation to his criminal cases and asked for his help to intervene in the court proceedings.

In his court document filed at the High Court here on April 26, Muhyiddin, 74, claimed that Ahmad Zahid, 69, who is the plaintiff in a lawsuit, made the request after the Umno president attended a meeting held at the former premier’s house.

“After I was sworn in as the eighth Prime Minister, a meeting was held at my house to discuss, among other things, the formation of a new cabinet. Several individuals attended the meeting, including the plaintiff, Datuk Seri Mohamed Azmin Ali and Tan Sri Abdul Hadi Awang. When the meeting ended, the plaintiff requested to speak to me privately and I requested Azmin to join the discussion.

“During the discussion, he showed me a large stack of files which he brought along for the meeting. When I asked him why he brought the files, he explained that the files were in relation to the criminal cases against him which he claimed were politically motivated, he proclaimed his innocence and requested my help,” Muhyiddin stated.

The former prime minister said this in his affidavit-in-reply against an injunction application filed by Ahmad Zahid in his defamation suit on allegations that he had sought the latter’s help to settle or postpone his court cases.

Muhyiddin further claimed that when he heard the plaintiff’s request, he told the latter that he could not and would not interfere with the court proceedings and advised the plaintiff to defend himself in court if he was truly innocent.

He said he had also been made to understand by Abdul Hadi, that prior to the meeting at his house, the plaintiff had met him (Abdul Hadi) where the plaintiff also showed him the stack of files while claiming his innocence.

“However, Hadi told the plaintiff that the purpose of the meeting at my house was to discuss government affairs,” claimed Muhyiddin.

Muhyiddin contended that there was absolutely no reason for Ahmad Zahid to show him the files and make such a request unless it was to seek his intervention in the criminal proceedings against him.

Muhyiddin also denied the statements he made during the 15th Johor state election campaign in Mersing, at the compound of the Learning Centre Sentuhan Kasih Felda Tenggaroh 3, on Feb 16, were false or defamatory in nature, or were stated with malicious intent.

Lawyer Shahrul Fazli Kamarulzaman, representing Ahmad Zahid, when contacted by Bernama confirmed that the inter-partes application for an injunction by his client in his defamation suit against Muhyiddin will be heard on May 25 before High Court Judge Rozana Ali Yusoff via an online proceeding.

He is also seeking an interim injunction for the defendant to delete, edit and stop the publication of part of the video footage which contained the defamatory statement in online news portals and the social media, including on Perikatan Nasional’s Facebook page, Astro AWANI’s YouTube channel and KiniTV.

According to the statement of claim, Ahmad Zahid, 69, claimed that on Feb 16, during the 15th Johor state election campaign trail in Mersing, at the compound of the Learning Centre Sentuhan Kasih Felda Tenggaroh 3, Muhyiddin had made a defamatory statement with ill intention and malice against him and on the same day, he said, the video footage of the defamatory statement was published on Astro AWANI’s YouTube channel, which is managed by Astro AWANI.

Ahmad Zahid claimed that Muhyiddin’s statement implied that he had used a shortcut to settle and postpone his ongoing court cases, that he had asked for Muhyiddin’s help to intervene in the court cases and the judiciary system, to order the dissolution of the Johor State Assembly and also implied that he was not a respectable and exemplary leader.

Ahmad Zahid claimed that the allegations were false and aimed at tarnishing his good name and reputation and that it was made by the defendant after the Election Commission’s announcement on the Johor state election.

Thus, he is seeking general, aggravated and exemplary damages, as well as an order for Muhyiddin to publish a public apology in newspapers, and other reliefs and costs deemed fit by the court. – Bernama