Friday, May 20
You are at:Home»News»Nation»Zahid: Umno has to forget about working with PAS during GE15 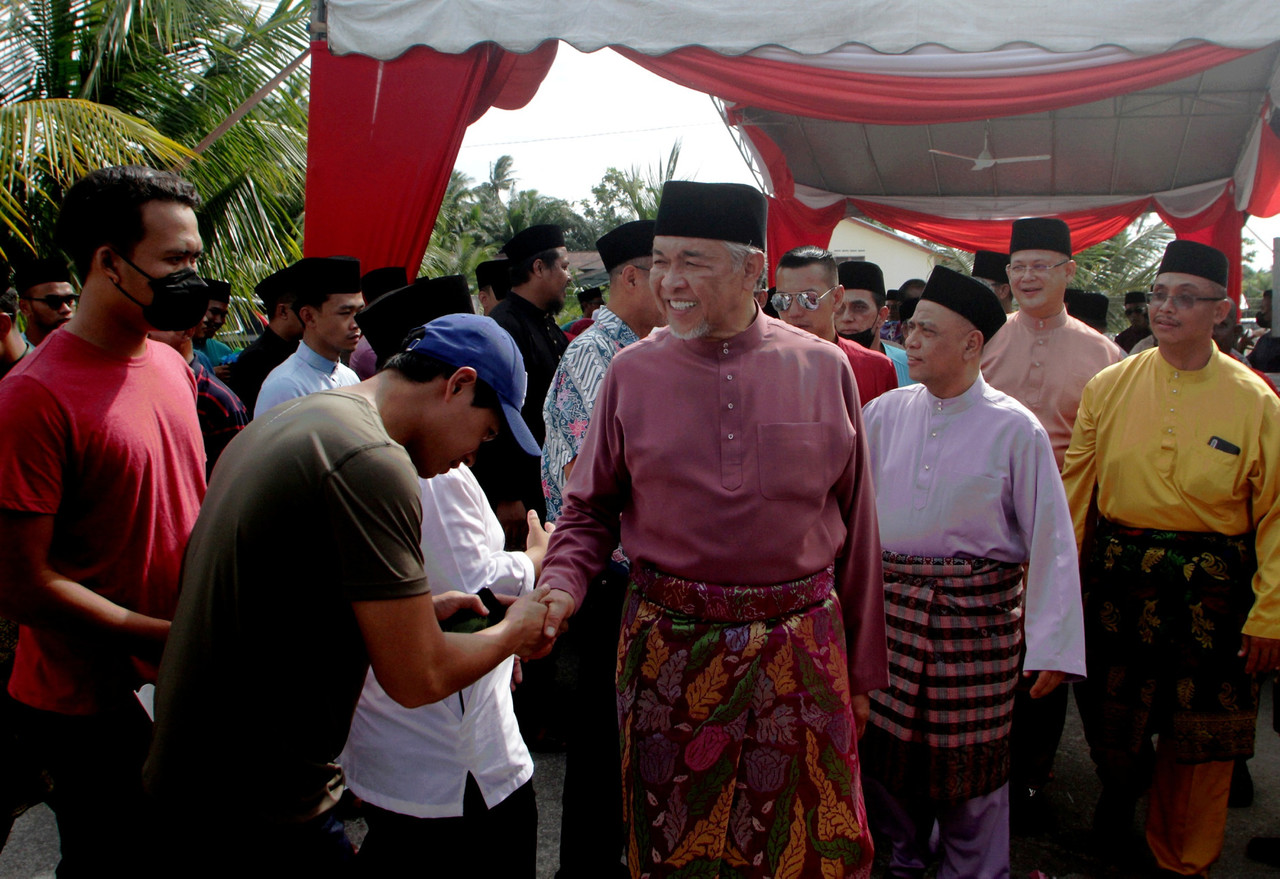 BAGAN DATUK (May 7): The cooperation between Umno and PAS through Muafakat Nasional (MN) has to be set aside during the 15th General Election (GE15), says Umno President Datuk Seri Dr Ahmad Zahid Hamidi.

The Barisan Nasional (BN) chairman said this was due to the party having given enough space to PAS to agree on the matters contained in the MN charter, but it never materialised.

On Sept 14, 2019, the MN charter was signed between Umno and PAS, which among others, agreed on forging cooperation by developing the Islamic and Malay narratives, without denying religious, racial and cultural diversity as an axis to political stability, racial harmony and national prosperity.

“So we should just forget the desire (to cooperate) expressed by them (PAS),” he said in response to a question on whether Umno would go solo during GE15, when met at the Hari Raya Aidilfitri celebration at the Umno Bagan Datuk Complex here today.

Meanwhile, when asked about PAS secretary-general Datuk Seri Takiyuddin Hassan’s statement yesterday that the unification of the ummah through MN was considered the best formula, Ahmad Zahid who is also Bagan Datuk MP said that was PAS’ view.

Meanwhile, when asked about Padang Rengas MP Datuk Seri Mohamed Nazri Abdul Aziz’s call for Gua Musang MP Tengku Razaleigh Hamzah to be subjected to action by the party’s Disciplinary Board for not toeing the party line in support of the current Umno-led government, Ahmad Zahid said the party was open to differences of opinion.

“I think if the Umno Disciplinary Board wants to take action, (there’s) not only him (Tengku Razaleigh) but many other former leaders, whether they are MPs or outside the leadership of the Supreme Council, whom action can be taken on.

“The Umno Disciplinary Board has certain discretion to take stern action if there is damage caused to the party’s unity,” he said.

Nazri on Thursday was reported to have said that the Umno Disciplinary Board should take stern action against Tengku Razaleigh for choosing to remain in the Independent bloc. – Bernama