Tuesday, July 5
You are at:Home»News»Crime»Fire razes two shoplots in Sibu 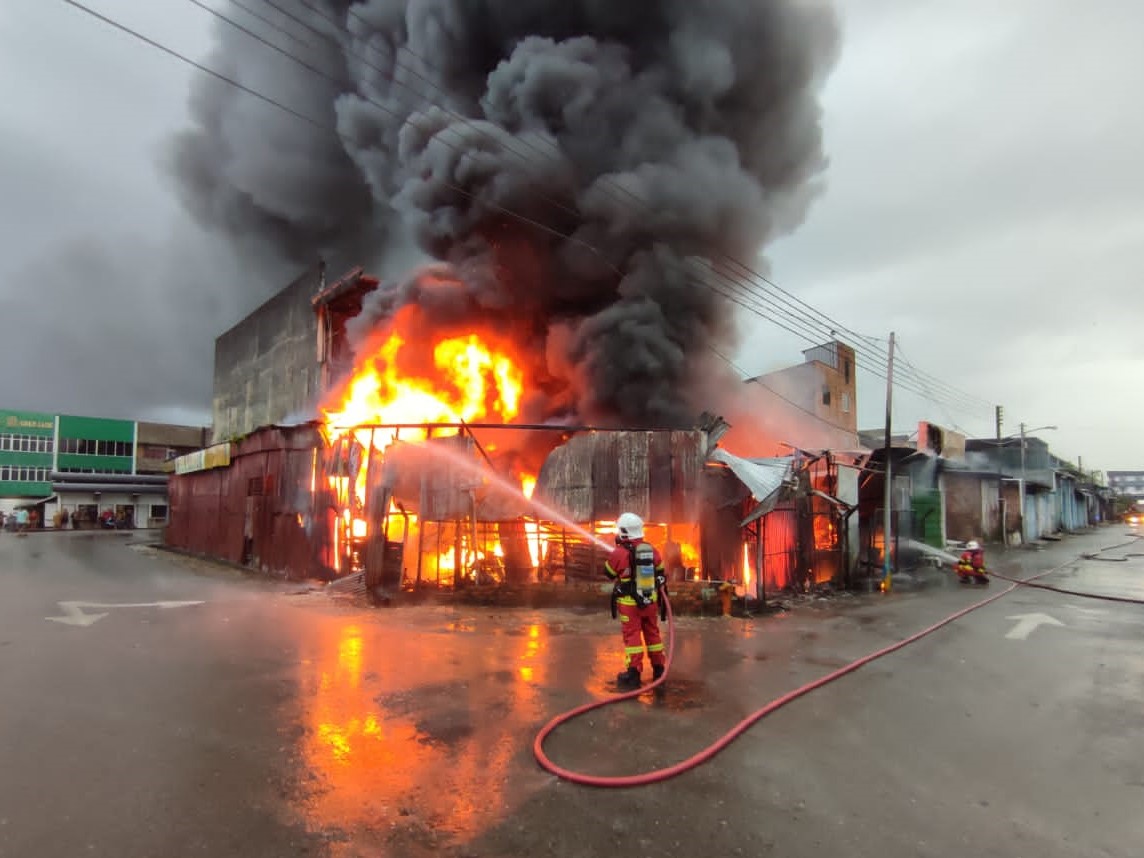 The lower ground of the two-storey buildings were fully destroyed by fire today. — Photo by Bomba

SIBU (May 8): Two premises on the lower ground of a two-storey building at Jalan Industri in Sungai Antu here were razed to the ground in a fire today.

According to a Fire and Rescue Department (Bomba) operations centre spokesperson, they received a distress call at 5.03pm and firefighters from the Sungai Merah and Sibu Central fire stations were rushed to the scene.

“When the team from Sungai Merah fire station arrived at the location, the operations commander reported the fire involved two shop buildings.

“The fire was believed to have started from the lower ground at the back portion of the two-storey buildings,” Bomba said in a statement.

According to the spokesperson, the first premises was used as a welding workshop while the second was used for cushion-making.

There were no casualties involved in the incident.

The firefighting operation ended at 7.59pm.