Tuesday, July 5
You are at:Home»News»Nation»Saifuddin: Doors for negotiations must be open as long as party’s principles intact 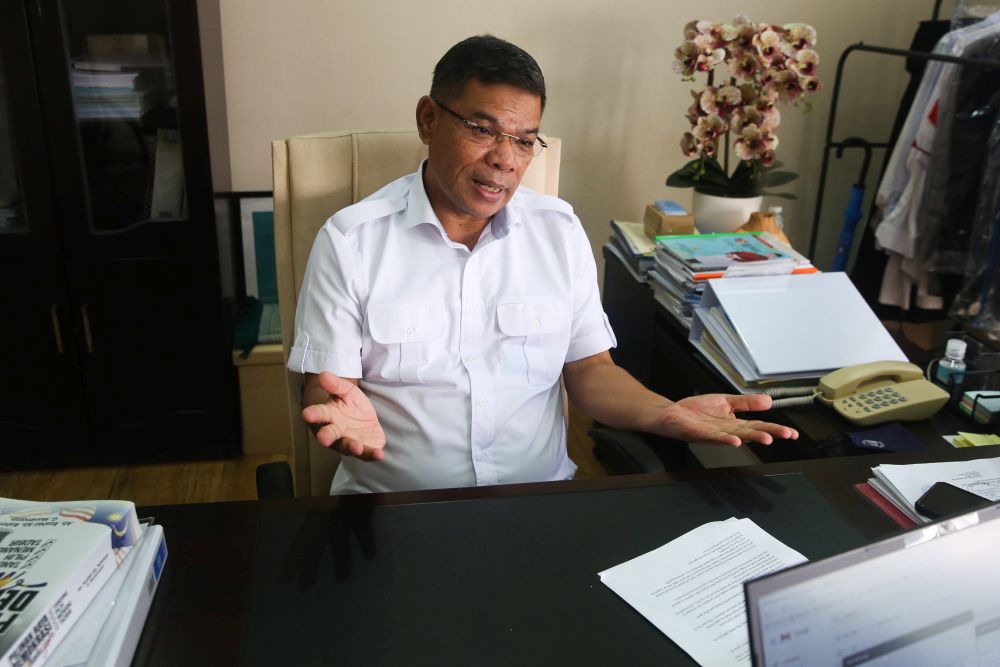 KUALA LUMPUR (May 9): When it comes to the ‘big tent’ approach, PKR secretary-general Datuk Seri Saifuddin Nasution Ismail said closing all doors for negotiations with other parties is not the right thing to do.

He said PKR’s priority is to strengthen Pakatan Harapan (PH) heading into the 15th general election and in the case it can’t form a government it was important to send a signal that the coalition is open to discussions.

“It’s an open ended statement without committing to any party. In politics you must first send out a clear signal that you are prepared to talk as politics after all is an art of negotiation.

“PH’s decisions are always made on consensus. For example if you ask members from Amanah (Parti Amanah Negara) if they’ll work with PAS I think most will have strong reservations.

“Initially if you asked DAP if they’d work with Warisan — after they made the announcement to come to Peninsular Malaysia — who  was the first leader to welcome him? It was Lim Guan Eng.

“Now if you ask Guan Eng if he’s prepared to work with Warisan, NO! Big no because he (Datuk Seri Shafie Apdal) recruited some of their exco members in Penang. So politics you see is dynamic,” Saifuddin told Malay Mail during an interview at PKR headquarters.

Both were responsible for the ‘Sheraton Move’ which saw the ousting of the elected PH government and the resignation of Prime Minister Tun Dr Mahathir Mohamad, after 22 months in power.

Azmin and Zuraida are now part of Bersatu and the Perikatan Nasional coalition.

Since then, new parties like Malaysian United Democratic Alliance (Muda) and Warisan have emerged and Saifuddin said this meant it was not clear cut for any party to be able to form a government after GE15.

Saifuddin cited the recent Johor state elections as an example, where he said DAP and Amanah negotiated with Muda for seats and had an unwritten agreement and cooperation whereas they could not come to the same agreement on seat allocations with PKR.

He said this does not mean PKR was not going to cooperate with them.

The reason Muda could discuss seats was because PH has in its resolution that parties in PH can discuss with other political parties.

“Discussions or engagements do not mean ‘big tent’.

“As far as Bersatu is concerned, they are a party in the government. If we want to strengthen the Opposition bloc, Bersatu does not fit this criteria and that’s one of our standings as far as this ‘beg tent’ approach is concerned.

“The main thing we emphasise is that for Keadilan to commit, you must respect the process and the moves must continue to strengthen the party,” he added. – Malay Mail