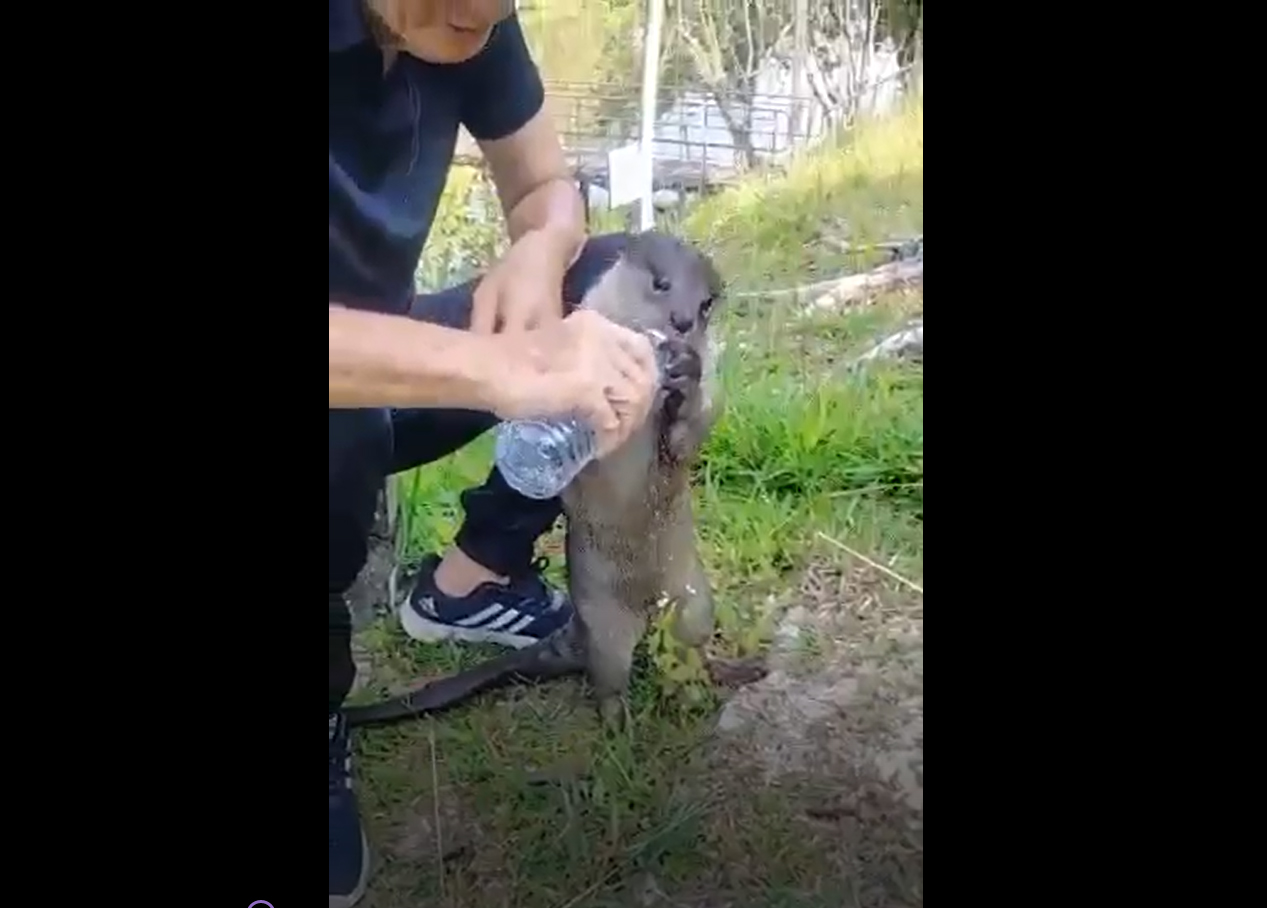 Screenshot from the video shows the otter drinking water from a bottle.

KOTA KINABALU (May 10): Members of the public are advised against petting or feeding the otter that was seen at the Bukit Padang jogging track.

Sabah Wildlife Department public relations officer Siti Nur’ain Ampuan Acheh said this is because the otter is a territorial animal.

“Due to its territorial behaviour, it may attack humans,” she warned, adding that the animal also has canine teeth that it uses to eat aquatic animals such as fish and crabs.

“Therefore, the public are advised not to offer food and pet the otter. This is also to avoid any disease transmission and to maintain the otter’s well-being.”

Siti Nur’ain said this when contacted about a short video clip shared on social media this morning of an adult otter interacting with visitors at the Bukit Padang jogging track.

The video lasting over two minutes showed the otter getting close to some of the park’s visitors.

Siti Nur’ain said it is good to see an otter population at Bukit Padang, which has a large lake.

She said the otter seen in the video is a smooth coated otter, which is protected under Schedule 2, of the Wildlife Conservation Enactment 1997.

“I hope that the otters will thrive in the Bukit Padang lake,” she added.