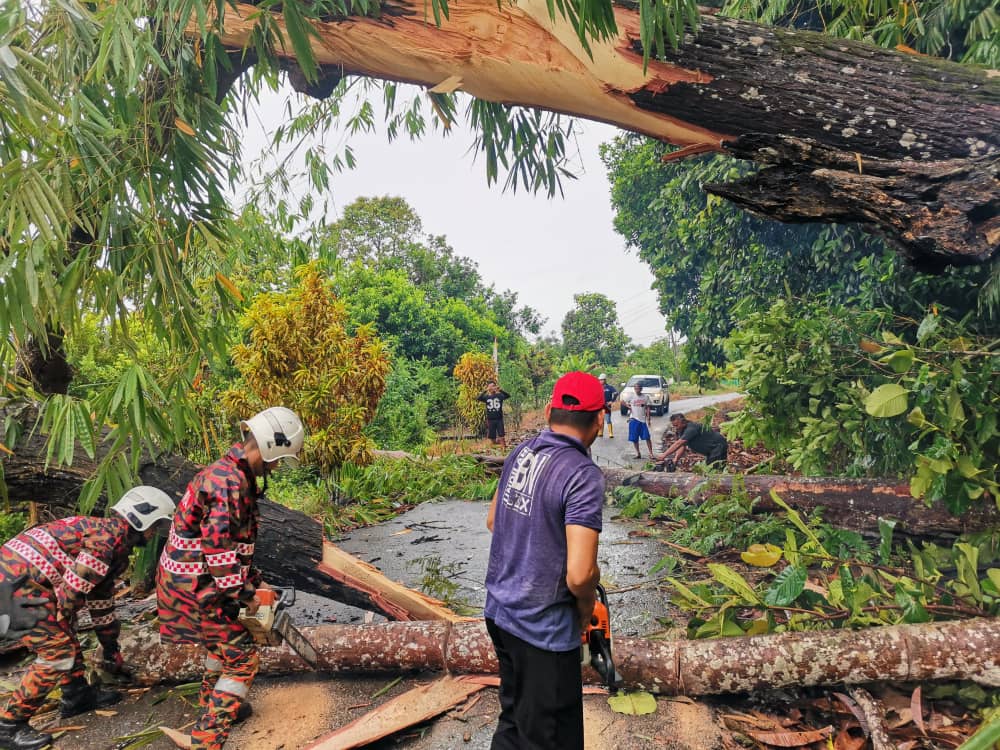 Firemen and villagers working together to clear the fallen tree in Kampung Sulap Lada.

MIRI (May 10): A team of six firefighters cleared a tree which fell across the road in Kampung Sulap Lada, Kelulit in Niah near here yesterday.

According to Fire and Rescue Department (Bomba) Miri acting chief Ahmad Nizam Sapaiee, the firefighters were deployed to the scene, located about 28 kilometres from Batu Niah fire station after receiving a call from a complainant at 11.49am.

“Upon arrival, the firefighters found a fallen tree is blocking the main road of the village.

“The firefighters, who were assisted by the villagers, then cut the branches and cleared the road of the mess,” he said.

The operation ended at 2.17pm.