Wednesday, August 10
You are at:Home»News»Crime»Man killed in car-bus crash near Batu Kawa 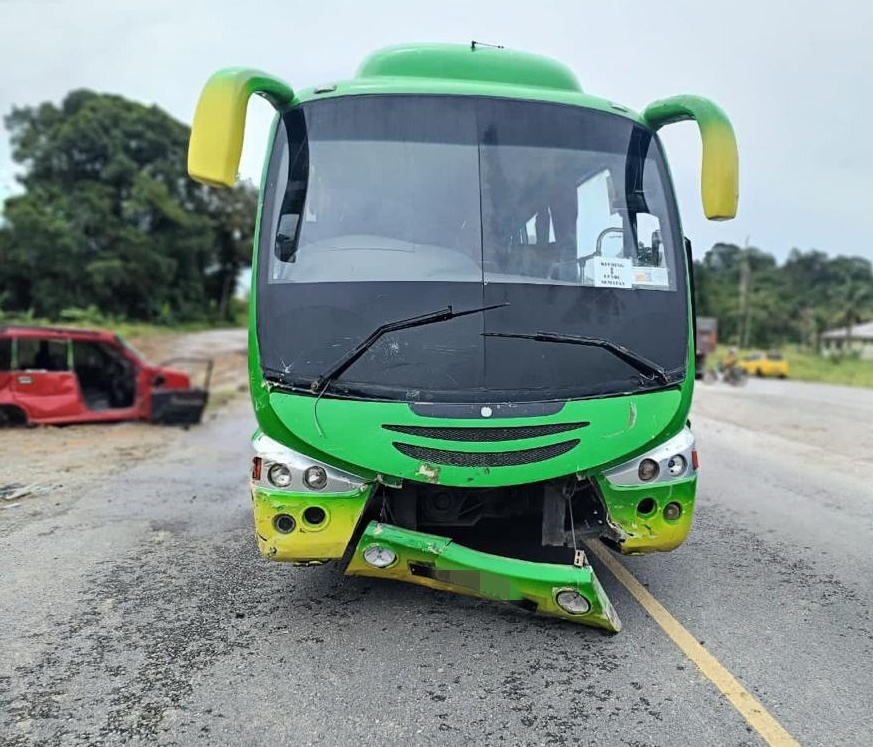 Photo shows the bus involved in the crash at KM14.5 of Jalan Bau-Batu Kawa yesterday. Behind it is the wrecked car.

KUCHING (May 10): A man was killed in a two-vehicle accident that struck KM14.5 of Jalan Bau-Batu Kawa here yesterday.

“The incident involving a bus and a car driven by the victim, is said to have occurred at 10.40am.

“Based on our observation, the victim appeared to be heading towards Batu Kawa from the Musi Junction, and the bus to Lundu/Sematan from Kuching.

“The crash could have struck after the victim drove his car out of the junction,” said Bingkok in a statement.

He said the impact from the crash caused the victim to sustain severe injuries, including fractures on both ribs and internal bleeding.

“He was pronounced dead while receiving treatment in Bau Hospital,” said Bingkok, adding that the bus driver was unhurt.

The case is being investigated under Section 41 (1) of the Road Transport Act 1987.