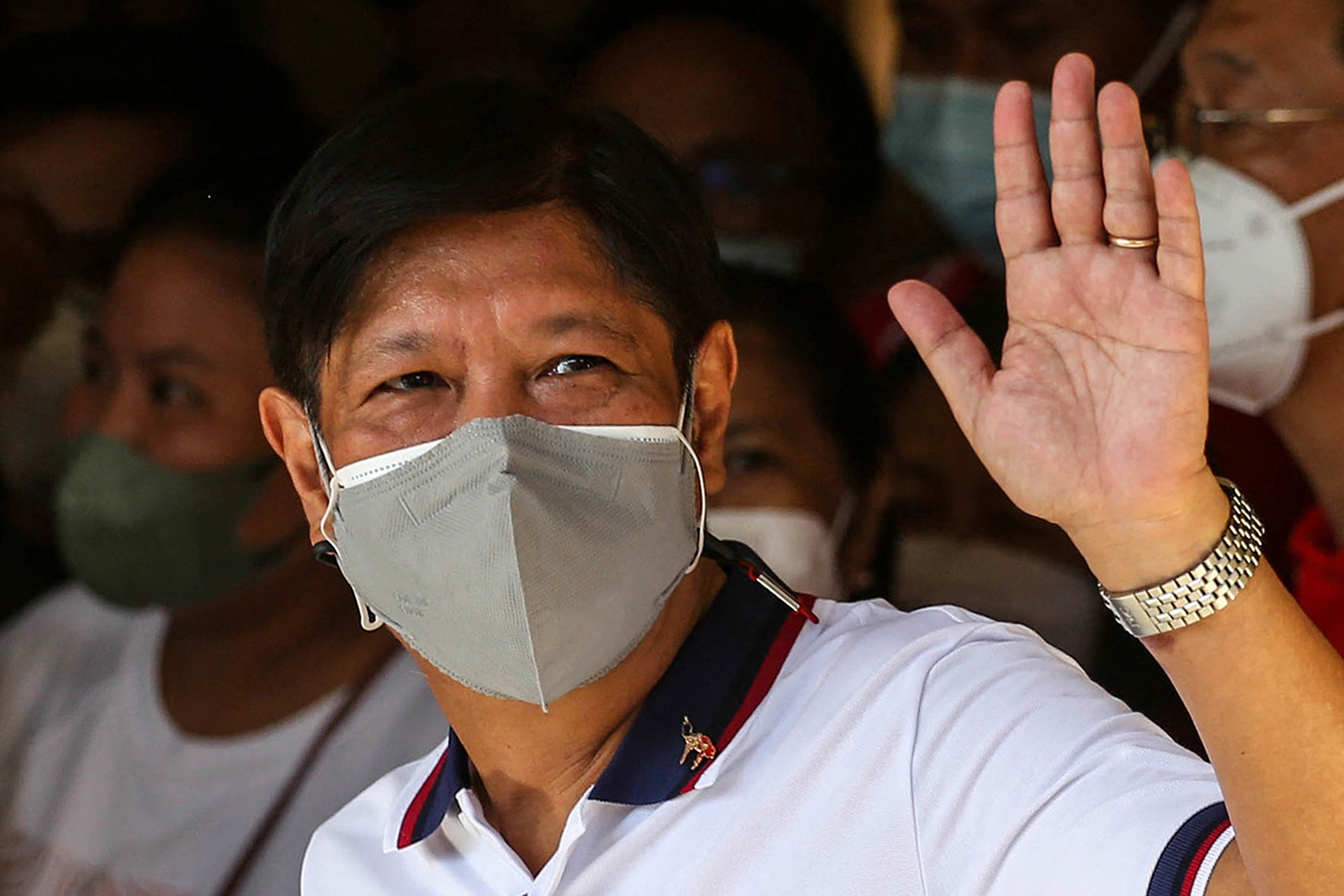 MANILA (May 10): Ferdinand Marcos Jr, whose dictator father and namesake plundered and brutalised the Philippines for decades, on Tuesday won a historic election victory, capping his clan’s journey from pariahs to the presidential palace.

Marcos Jr, known by his nickname “Bongbong”, won in a landslide, following relentless whitewashing of the family’s past and leveraging of powerful alliances with rival families that control swathes of the poverty-plagued country.

In the 36 years since a popular uprising toppled the patriarch and chased the family into US exile, the Marcoses have been rebuilding their political fortunes.

Despite his own father’s concerns about his “carefree and lazy” nature, Marcos Jr, 64, made it the furthest.

After narrowly losing the vice presidential race to Leni Robredo in the 2016 election, he was determined their rematch in the presidential contest would end differently.

Vowing to unify the country, Marcos Jr made sweeping promises on the campaign trail to boost jobs and tackle rising prices as part of a pathway out of the pandemic.

“Unity is my cause because of my firm belief that unity is the first step towards getting out of this crisis we are now in,” Marcos Jr said in February — without ever explaining further what the slogan meant.

Growing up in the presidential palace in Manila, Marcos Jr wanted to be an astronaut before he followed in his father’s footsteps into politics.

He served as vice governor and twice as governor of the family’s northern stronghold of Ilocos Norte province, and also had stints in the House of Representatives and the Senate.

His 92-year-old mother, Imelda, said she had dreamed of him becoming the country’s leader. While he consulted her about running for president, Marcos Jr told CNN Philippines the decision was his.

Marcos Jr’s links to his father, especially the bloody repression of the martial law years, have made him one of the nation’s most polarising politicians.

But he has benefited from a deluge of fake and misleading posts on social media platforms targeting a largely young electorate with no memory of the corruption, killings and other abuses committed during the elder Marcos’s 20-year rule.

His campaign was bolstered by teaming up with vice presidential candidate Sara Duterte and the backing of other elite families who wield enormous influence in the feudal and corrupt democracy.

Marcos Jr and Duterte’s shared history as the offspring of authoritarian leaders has alarmed rights groups and Catholic priests, who fear they will use their victory to entrench themselves in power.

Marcos Jr was at boarding school in Britain in 1972 when his father declared martial law, unleashing large-scale corruption and a bloody crackdown on dissent.

He has defended his father’s rule by citing the initial surge of economic growth and government spending under martial law, which he said was necessary to save the country from communist and Muslim insurgencies.

While he describes his father as a “political genius”, Marcos Jr has distanced himself from charges of pillaging state coffers and economic mismanagement during his regime that later impoverished the nation.

After the fallen dictator’s death in Hawaii in 1989, the Marcoses returned home and began their remarkable revival, tapping local loyalties to get elected to a succession of higher positions.

The eldest of Marcos Jr’s three sons with wife Louise — a lawyer from another wealthy family — was a first-time candidate in these elections, seeking one of two congressional seats in Ilocos Norte.

The clan’s turnaround has been aided by public disenchantment over an enduring gulf between the rich and poor, and graft allegations that marred post-Marcos administrations.

Seeking to avoid a repeat of the 2016 campaign when he was hounded by questions about his family’s past, Marcos Jr this time snubbed debates with rivals and gave few interviews.

When he did, he appeared awkward and ill at ease.

Opponents tried in vain to have him disqualified from the presidential race over a previous conviction for failing to file income tax returns.

They also accused him of exaggerating his educational qualifications and the family of failing to pay nearly US$4 billion in estate taxes.

Until recently, Duterte was a supporter of Marcos Jr, crediting the Marcos family’s backing for sealing his presidential victory.

But although his party endorsed Marcos for president, Duterte called him a “weak” leader.

This fuelled speculation that Duterte, who faces an international probe into his deadly drug war, was trying to secure assurances from Marcos Jr for when he is out of office.

In the final week of campaigning, as Robredo appeared to be gaining momentum, Marcos Jr warned of vote-rigging, without providing any evidence.

“We will win as long as you stay awake on Monday so there won’t be another tragedy,” Marcos Jr told hundreds of thousands of fans at his final campaign rally.

“Many undesirable things happen if we stop paying attention.” — AFP